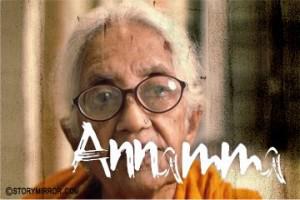 Today was the last day of the year, and there were some leaves left over. Workaholic Manoj took a day off from work upon his wife’s insistence. When he reached office after spending the day off, he began to feel someone’s absence in the office. He then realized that Annamma was not in the office. He asked  his colleagues “Has Annamma madam not come to work today?”

For the first time in his life, he began to regret taking a day off. He began to remember some of the memories associated with Annamma.

After getting transferred back to his previous office after five years, Manoj was relieved when he reached the office. Most of the staff remained the same, but the officer had changed. He gave the joining report to the officer who marked it to the PA. Taking the report in his hand, he went to the table of  PA.

“Hey! Have you come back here?” Curly haired Annamma Verghese was now looking tired. Her hair had mostly turned grey. Annamma originally hailed from Kerala, and she spoke to everyone in typical Hindi. In their conversation, he got to know that she had become paralyzed. One arm and one leg worked less compared to the other.

“You also work from morning to evening in this condition.”

Hearing these words, a slight grin came on her face.

“You are God’s servant Manoj. Come and sit with me for some time.” Now, whenever he used to go to make a phone call, Annamma made him sit there for some time. In their conversation, he found that she didn’t have children and her husband works in another office. Mostly, her husband dropped her at the office. Sometimes, she also came by auto. She also walked slowly. But on the way, if she met Manoj, she would hold his hand for support.

When Manoj reached the office day after Christmas, Annamma was waiting at his desk with the cake.

“Merry Christmas Manoj. I made a cake for you.”

“I know that you are a vegetarian.”

“Is there egg in the cake?”

Seeing Annamma’s face, Manoj extended his hand towards the cake, but Annamma stopped him and said “I will get a vegetarian cake for you.”

Memories related to Annamma were disturbing Manoj, and he was sitting there hiding his head in his hands. He then heard the familiar sound of someone dragging their feet. Manoj could see Annamma in the front gallery, and she was carrying a packet of sweets in her hand.

“Manoj, why didn’t you come yesterday? I got vegetarian sweets for you.”

Manoj stood there with eyes lowered almost like a criminal.

“I couldn’t avoid taking one day off even on your retirement day, and  you came here in this condition. Why did you take so much trouble to come here? Who am I for you?”

Annamma pressed the mother Mary’s locket in her necklace and said “Manoj! I will leave now. But can you tell me why are your hair so curly?”