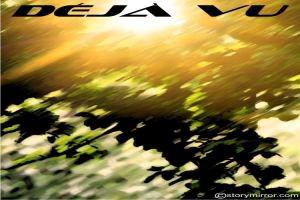 *It was as if the delicate and exuberant bud of “FIRST LOVE” was blooming within her.*

Saloni was getting those anxious emotional outbursts and her breaths were getting incoherent for no apparent reason. Her favorite Shinchan bedsheet had numerous creases as she was constantly swapping sides because of her anxiety. She stood up amidst all that helplessness, switched on her table lamp and started putting the flow of her emotions into words.

“It is spring in my heart…

Or perhaps it is his presence…

That is doing the magic…

Is it some kind of sorcery?

The way he looks at me

“I write horrible poems. If he ever comes across this, he will faint for sure. I write so badly.” thought Saloni to herself. She read the lines aloud, once again and whispered to herself, “It is not that bad.”

She took baby steps to the mirror in her room and stood there gazing at herself imagining him and blushing. Shegave a sheepish smile as she was lost in her silly thoughts and a part of her was mocking at her when suddenly her dad called her. She was startled like an infant. She felt like a goldfish which gets a sudden jolt when someone strikes the glass bowl she’s trapped in.

“Saloni! Go to sleep betu. You’ve to wake up early for college.” her dad called from the living room.

She hurriedly switched off the table lamp and tried to sleep inside her cozy blanket but in vain. The charming personality of Aditya Bakshi wasn’t letting her sleep. She hugged her teddy bear tighter and just closed her eyes to sleep.

Aditya Bakshi was a psychology professor in Ohio and had come to India after 3 years for a special research on “Paranormal Experiences”. Saloni’s dad and Aditya’s dad were family friends however Saloni knew Aditya vaguely. Professor Aditya, as everyone called him, was going to stay at Saloni’s place for a few days after repeated persuasion by Saloni’s parents. Aditya was 35 while Saloni was hardly 18. They had met in a few social gatherings when Saloni was a kid. Apart from that, Saloni remembers nothing of ‘Adi’- as she dreamt of calling him.

However, in the last few days, Saloni had been mesmerized by Aditya. Saloni didn’t know what was wrong with her. She was getting hypnotized by Aditya.

“Aditya, do you know your dad and I used to have a gala time back then, when we were in school” Saloni was overhearing her dad talking to Aditya. She was sitting amidst them and silently staring at Aditya with a ‘Awwwwww..! You are a magician.’ look. Aditya also gave her those stares which pulled her towards him even more.

She felt a strange gravity towards him. He was like Saloni’s Gravity –Part 2, and she had already ‘fallen’ for him. Aditya had completed his Bachelor of Arts, post-graduated in PSYCHOLOGY and after completing his Ph.D.  he had gone to United States of America. He had presented a paper in USA on ‘The Sixth Sense of Human Mind’ which brought immense laurels to Aditya, owing to which he had made a place in the International Journal of Psychology. After that, there was no looking back for Aditya. He had earned huge fame in the field of Psychology. No wonder, Saloni was so attracted towards him.

The calorie-conscious society of USA and absolutely lavish and comfortable life style with all the necessary gym facilities plus Aditya’s contented nature made Aditya look absolutely young. He looked just 25 years old. A French-cut beard, brown eyes, fair skin and the way he carried himself made him the charming person he was. The way he conversed was just a bonus; he was a brilliant conversationalist.

Saloni had an urge to hold him and kiss him but she used to calm herself down and give herself a lecture on ethics and morals. There were moments when Saloni used to stealthily go to the guest room where Aditya stayed and peep into his wardrobe without bothering about it being ‘Bad Manners’. She felt a strange addiction for Adity and caressing his Lee Cooper Jeans and Frank Jefferson shirts gave her immense joy. Staring at his branded pen placed in the wooden pen stand and the neatly arranged books gave her a weird thrill. She could smell Aditya’s perfume all over the room and she imagined crazy stuff with him. He had become her center of attraction and the waves of the feelings inside her were getting surfaced on her cheeks as a pink blush. Aditya’s amazing voice kept ringing in her ears and she remembered everything that Aditya had said.

She was an Arts student too and she fancied being ‘Aditya’ someday. She could relate to the things he said about the paranormal experiences like Déjà vu and Clairvoyance. She had experienced Déjà vu so many times.

“A person’s subconscious mind records all those experiences from the conscious mind and preserves it. These thoughts persist even after death and sometimes find their way to the next birth too. The person feels like he/she has already witnessed this situation earlier. Sometimes a person seems to remember the people and places too from the previous birth. This kind of reminiscence is called ‘Déjà vu’. It is the feeling of having ‘gone through that’ before. It is a French word which means having knowledge of something that has happened to you before.”

A new realization had dawned upon Saloni. She felt like she was slipping closer to Aditya, emotionally.

One night, Aditya talked about ‘CLAIRVOYANCE’.

“I have a strange kind of power called clairvoyance, which means the ability to know about one’s previous birth.”

Saloni stared wide-eyed at Aditya with questioning expressions but she never had the courage to speak to him. To be honest, she was afraid of her dad. That night, Saloni could not even sleep for a single second. She kept tossing and turning on her bed and kept cursing Aditya lovingly.

“Why did you have to be so awesome, Adi??” She talked to herself all night. She spoke everything she wished to tell Aditya. She kept thinking of that divine gaze of Aditya. She sensed that Aditya too felt something for her.

The next morning, she did not even have to ‘wake up’. She hadn’t slept all night. She simply had to stand up from her bed as soon as it was morning. She freshened up and went to the kitchen for breakfast with a determined mindset of confessing everything to Aditya that day.

She left for college and after a tiresome day attending lectures, Saloni returned home with an anxious and eager wish to see Aditya. She wanted to have a glimpse of him; but all her wishes were shattered when Aditya came home that night.

“I’ll have to return to Ohio as there’s an urgent psychic case to solve. I happened to receive an e-mail about an hour ago. I’ve my flight at 2 AM, tomorrow.” Aditya looked at Saloni with remorse-filled eyes.

Saloni felt like the spring in her life had turned to autumn even before she could experience its warmth.

Everyone else was fine except Saloni. It was going to be a ‘casual farewell’ for everyone. But for Saloni, that departure would be hard to handle.

She quickly went to her room, locked it, took a paper and started writing to Adi.

“Aditya, I know you’re 17 years elder to me, But I feel a sense of security when you’re around. I don’t know what would you think of me after reading this, but I really want to meet you. I admire you a lot. If possible, please come to my room at 9 PM tomorrow. I want to tell you how incredible I find you. You’re absolutely amazing and I hope I reach the heights someday which you’ve reached. It could be winter outside but inside me there’s a spring and that is the spring which you’ve brought in my life by just *being there*.

I shall wait for you Professor Aditya. I respect you and adore you though I’ve addressed you by your name. I hope you won’t mind that.

- Lots of *strange feelings*, people refer as love, so I would write the footer of this letter as

I don’t know if you’ve smiled reading this letter or got angry on me, but I just said what I felt.

The next day, she went to Aditya’s room and placed the letter with a red rose exactly like they show in Indian movies!

After all, she was a teenager!

The next day, everyone was quite serious at home as Adi was supposed to leave that night.

Everyone had a heavy heart and the atmosphere had turned quite sorrowful at home.

Aditya had no time to talk to Saloni even on the last day. He seemed to be in his own world which forced Saloni to think that “Why in the world does he look at me with those adorable eyes, if he has nothing for me?”

Saloni was sitting in her room thinking, when suddenly she heard someone knock the door of her room.

Her heartbeat was racing.

She checked herself in the mirror, made sure she was looking *presentable* and opened the door.

“I have been wanting to tell you something since many days. My clairvoyance has revealed that in my last birth I was conceived in your womb. You were the one I called “mumma”. I adore you Saloni. Take Care. Keep me in your heart and I shall keep you safe in my memories.” Saying so, Aditya took Saloni’s right hand and kissed her palm.

Saloni closed her eyes and felt that moment. Soon after, Aditya left the room without another word.

She stood there, baffled and dumbstruck.

It was the most passionate kiss of her life.

Finally, it was time for him to depart. Aditya touched the feet of Saloni’s parents and bade them a goodbye. As far as Saloni was concerned, she got a sweet smile from her Adi which would last her all her life. If Clairvoyance and Déjà vu were true, she wished she would remember these moments even beyond her life.

May be, just may be, in the next birth, Saloni would recognize her Aditya.

She kept thinking about Déjà vu and Clairvoyance and ADITYA.

She could still feel the spring of Adi’s warm touch and his moist lips on her right palm.