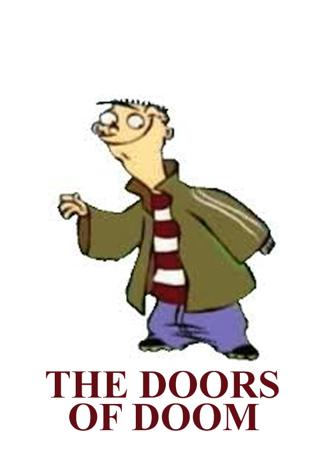 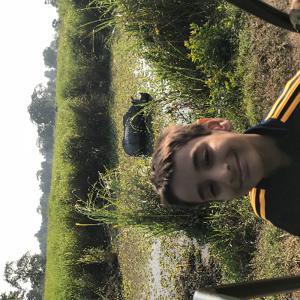 A Friend in Heaven

The Battle of the Dead

It was a cold winter morning. The breeze was swiftly blowing over the massive trees. The birds were happily chirping, as if they had found something great. The enormous trees were giving shade to all the fresh-painted bungalows. It was very rare to see thing like this in town. Among mangoes, strawberries, and grapes, the most scrumptious of all was the sweet Apples from the fresh trees located beside the long meadow. Tom Dodson immediately got into his cottage and started rummaging in the closet to find a sweater. He marched out to find some food. Daily, he galloped over there and munched on the apples.

He sighed as he set of to the meadow. A swift, frost wind blew onto him, blowing his trimmed hair to the left side. He merrily marched towards the Apple trees. The birds started chirping loudly like maniacs as Tom slid forward. It felt very bizarre; he heard some harsh snoring. An enormous creature lay in front of him.Tom was startled. “Who disturbed my slumber!’’ growled the creature. “Me!” Yelled Tom confidently, drawing out his tomahawk from a massive steel cover. He swiped the tomahawk against the creature’s back. A thick, green liquid oozed out of a dark hole in the creature. The creature whacked him with his massive tail. Tom jumped and thrusted the tomahawk, making a glorious strike. Tom was delighted as he had scored victory. The massive trees were shading Tom as it shed bright green leaves on Tom’s head. Suddenly Tom stumbled and fell. Then something happened and Tom went to sleep—forever.

A Friend in Heaven

When Tom woke up, he felt bizarre. He couldn’t remember anything, except that his name was Tom.

Suddenly,Tom spotted a blond man marching around the deserted place. “What place is this?! He demanded . “Where am I?!” “I am sorry to say this; but you are dead.’’ he replied coldly. “DEAD!’’ He roared. “yeah, on the left side near the red barrier is your room. Calm down.” He was panting loudly as he stomped to his room. When he loudly kicked the door open; the roommate gloomily said, “Hi I’m Beth. we’re really dead. Tom shrugged. “I think we’ll make it.” Tom suggested, chuckling. “It’s getting late, let’s eat dinner.”

Beth said. “The food of heaven is scrumptious.” They both swiftly ran to the enormous hall which had tuns of scrumptious, mouth-watering dishes such as Tin Sardines, Chicken Lollipops, Vanilla Pudding, and more. Murmurs echoed through the enormous, crowded place. Tom sighed. Suddenly, a plump girl called Sarah came and tumultuously blabbered, “what’re ya doing, nitwits?” “GET OUTTA’ HERE THIS MINUTE!” growled Tom in rage. She marched away, giggling. Tom and Beth started enjoying their food. “I hope Colonel could keep us safe from the Shadow.” murmured Beth, sighing. “Who is Colonel?” Tom asked curiously. “Colonel is the owner of the heavens. Shadow is a power-hungry villain, who is the owner of hell. There was a prophecy made that

Colonel would keep us safe from him but he is growing weaker day-by day… Meanwhile, at the upper road beside the secret headquarters of hell, Shadow stood paralysed onto the wall. Colonel had done this. “Revenge” he managed to say in a voice like a whisper, blood scattered all over his face. “ON COLONEL!” He roared. He walked a step forward with great pain. “I RISE TODAY! AND FINISH COLONEL!’’ He frantically dove in mid air, breaking a glass window and shrieked out loud like a maniac.

The Battle of the Dead

Shadow gasped and yelled, “THUNDER! (Creature whom Tom killed). Suddenly his messenger came and said, “Thunder is dead. A slave of Colonel has killed

him”. “DEAD!” he caterwauled furiously. “HE SHALL FACE MY WRATH!” He immediately reached to heaven in the blink of an eye. “Nitwits of heaven! He yelled I rise!” “Tell Colonel and his nitwit Tom that we have a two-on one duel at midnight!’’ He vanished; bizarre whispers and murmurs echoed across the enormous hall. Tom nearly fainted when he heard this. After an hour, Colonel arrived as he sighed. Beth immediately shot his hand up into the air, to tell Colonel about the midnight duel of vengeance. Colonel was startled to hear this. He swiftly rushed up to the weaponry at the end of the hall. He chuckled merrily. Beth was startled.“wow!” he exclaimed. “The shapeshifting trident!”

“What’s that?” Asked Tom curiously. “What’s that trident? “The shapeshifting trident” he explained. “The two sturdiest weapons of the universe are the shapeshifting trident and the hypnotising tomahawk. Shadow has the tomahawk.” Tom shrugged. “Why is life in heaven so complicated?” he asked. The swift, chilling air was blowing across the enormous hall, making it frost. Tom and Beth made their way to the room. Their room had a peculiar, secret passage to Colonel’s chamber. “I wonder what Colonel would want to transform into.” asked Tom thoughtfully. “Perhaps a mythical creature.” Beth, who was doing an ugly, frantic dance, ignored him.

Tom was a very righteous person. He was really frightened at the thought of the midnight duel; he tried to avoid the thought. He stomped down and went swiftly to Colonel’s weaponry. He was panting loudly, balancing his body on his knees. Colonel was still rummaging in his shelf. “Huh!” Tom bellowed bizarrely. “What do I do about the midnight duel?” Colonel pulled out a blood-stained sword. “Your we-” He sighed and said in a voice more like a whisper. “Your weapon.”

Tom grabbed it, shivering in fright. Colonel clutched tightly onto the trident and whacked Tom aggressively. Tom fell unconscious in no time. When Tom woke up, he was feeling exhausted and found himself glaring at a bizarre blonde man. “I’mm Shadow,” he said, smiling. “REAL leader of heaven. Not hell. Colonel, the leader of hell, conquered me and went to heaven.” Tom was startled. Shadow glared at him peculiarly. Tom chuckled in a soft voice.

Colonel suddenly appeared in front of them. He was clutching the trident aggressively. Tom zoomed to wards the wall, and taking his chance, he pounced onto Colonel. Colonel swiftly swung his trident and thrust it into Shadow’s stomach. Tom pushed away Colonel and threw a dagger at him. Shadow galloped to the corner and started wrestling with him. In the meantime, Tom pounced on Colonel as he smashed Shadow, breaking the glass window. Suddenly Colonel started up a glorious strike, which injured Tom. Shadow frantically dove In mid-air and thrusted Tom’s knife into his chest. Colonel immediately zoomed to the left corner and nudged Shadow. Tom had recovered by then.

The Butter - Worth of Pasadena

Meanwhile at Pasadena of heaven, The Butter-Worth was steadily glaring at the long, grassy sidewalk beside the sturdy, hard trees. He was feeling very hungry;he was delighted to see a noisy, cracked-on-the-roof bungalow. Unluckily, it was the same bungalow where Tom, Colonel, and Shadow were having the midnight duel. Colonel was finally killed. Tom panted strangely while Shadow grinned. He merrily stomped in and pushed the door open. Tom and the others were startled. “What’s going on in here?!” Yelled the Butter-worth. “Who are you?!” Growled Tom. “The butter-worth of Pasadena!” He yelled.

Shadow was startled, when he saw a poster on the left wall. ‘Wanted criminal The Butter-worth of Pasadena. Reward from god if caught. Their real foe was right in their sight, standing right in front of them. Tom knew, they would be awarded for catching such a torturous person. Tom robustly swung the tomahawk on him and injured him easily. They grabbed him from his hands and legs. He moaned. They were robustly clutching him and ready, to present him enthusiastically to god. Soon, they reached. It was a long, bumpy trip. They stomped into god’s palace. It was sort of frightening for Tom; it was first time in this enormous place. They were greeted lamely, by some servants. They marched into the god’s chamber. God was startled to see the butter-worth.

As expected, they were given a reward in a royal, beautiful casket. Their merry voices echoed through the massive hall. To their surprise they were stunned to see a glittering gemstone. A slim woman walked In front of them, seeing the gemstone. “Hey!” She yelled robustly. “Where did you get that from!” “God himself gave it to us for catching the Butter-Worth.” Tom said confidently. “It wasn't an easy task.” “By the way, who are ya?” Asked Shadow suspiciously. “Serena Venomous — Leader of snake-hell.” She bragged. “I’mm known for my venom. I’mm at your service, as you have that gemstone.” “This is our reward!” Moaned Shadow. “Hope it’s useful.” They went to Serena’s house for dinner. She calmly welcomed them, as they had the gemstone.

In the enormous house, on a massive table there were some scrumptious dishes like Cake, Pizza, Pudding and more. They had a fine feast. Serena suddenly exclaimed, “Hey! I forgot about the secret passageway!” “What secret passageway?!” Asked Tom suspiciously. “Calm down.” Serena was panting madly like a maniac. She scurried up the stairs. Yelling, “Hey, wait!” Tom followed her up to a massive hole at the top. She swiftly jumped into it. Before Tom was about to, It closed. Tom suddenly had a wonderful idea. They had the gemstone, so at their command she would have to come. “Where were you!” He yelled. “Err…” She muttered, frightened. “I went down the secret passageway—’’ “Take us there!” Commanded Tom.

They followed her down the steep staircase. Soon they found themselves glaring at a obese man. “Who’re they, Serena?” He asked, startled. “Err…” was her reply, again. “They have the gemstone, so I had to bring them here. “You have the gemstone!?!!?” He yelled robustly. “Yeah, but who’re you?” Asked Tom. “David.” He replied.“David Filch. I’m the locksmith for the doors of doom.” “What’s that?” Asked shadow, puzzled. “What’re the the Doors of doom?” “Serena“You didn’t tell them?!” “Err…” She murmured. David rummaged into his pocket for a while and pulled out his hand, which was clutching a glittering, gold key. He sighed with relief. “What’s that?” Shadow asked curiously. “The key to the doors of doom.- which houses the monsters” He explained. “It’s not easy to open and free them.” Tom shrugged. “Why should we free the monsters?” He asked not-so-timidly. “It’s an advantage for us that they’re locked. “There are also ‘kind’ monsters. Ones who can get you home, too.” He replied.

Tom was startled and excited. Shadow sighed with relief. “Let’s go! Hurry up!” They sighed and set of for the doors of doom. Soon, they reached. They found themselves glaring at a deadly demon with the tempest rage in his eyes. “As I told you, It won't be easy to open the doors of doom.” David murmured. Shadow stepped forward and threw a dagger onto his face. Before he could attack, Tom cut his right arm with some furious swipes. The demon tried thrusting a trident into Tom’s chest. Serena shot an arrow onto his arm. He yelled out In pain.

Tom didn’t miss his chance, he cut the demon’s head with a glorious strike. They merrily unlocked the doors. “Tom, wanna go home?” Asked Jim, the good monster. “yeah! Said Tom, his eyes gleaming. Tom marched merrily as Jim lead the way to the doors of earth.Tom was happy to come back to earth, and live his life as a school boy.

The Doors Of Doom