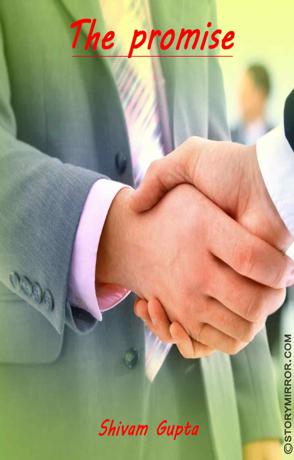 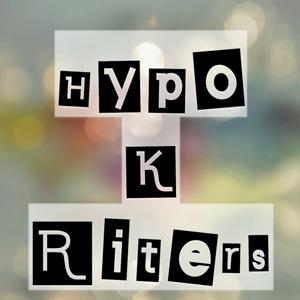 "Well? What is it?" Sumit asked him with innocent eyes.

"Ummh! I don't know much about it, but yes it’s about a promise, the kind we keep forever,” Suresh said in an innocent tone.

They both crossed their teeny finger with each other likewise its done.

They both chanted the promise as if it was a more of a pledge and then flashed a smile. Their teachers also smiled on seeing how adorable their friendship was.

Suresh and Sumit were buddies from kindergarten and actually defined the term what buddies are. They used to share their lunch, homework notebooks, candies and sometimes the dirty secrets too. They never dated the same girl that both of them liked at the same time. It was their Code and they stacked to it throughout. They graduated from same college and got busy in their life soon. But as said, best friends can never be apart. They proved it.

They used to meet daily for at least an hour or two and used to discuss about their everyday life, new crushes, new girls they wanted to be with, wild fantasies and other Boyish stuffs. The kind of things which are usually discussed during drinks.

"So I saw this girl and she was so cute. Well maybe she will like to get laid in my Lamborghini," Suresh laughed while drinking bear.

"OH? Is that so? Let me also see," Sumit asked for her photograph. Suresh took his I phone out and showed him a picture of a cute girl in a gorgeous black gown.

"Oh yeah! This? Bro, I am sorry to say but well she already got laid off with me the other night so you just can't now. Remember the pact." He laughed while drinking from his bottle.

"Oh Yeah! You Bitch. Why will you do that to me?" He said with furious eyes.

"Look I am sorry. She was cute and I was quite turned on and then it was just one night thing. So Chill."

He said in a low tone while taking a packet of Cigarette out of his pocket.

"Well. You know what? You can have her you can have any girl you want, I will help you. Just stop this ridiculous habit of burning paper it affects your lungs bro."

"Yeah … Yeah! Don't go all Mummy On me okay. I know it do but well you have no idea how great it is."

"Oh Yeah! Well you asshole. At least care for me. Remember, we will die together. If you die, I will too."

Suresh shouted louder and took him away from the bar.

"Yeah … yeah, we will die together. Oh guess what, I will save your future wife from the misery. That will be so great."

Sumit laughed on his own joke and Suresh gave a stern expression.

"Don't toss it over a joke Bro. It’s your health. Okay, I fucking care for you. Stop it. Really Stop It."

Suresh made himself quite clear.

"You know what? Someday. I will. That’s a promise."

They again crossed their teeny fingers as they used to in childhood.

Time passed away quickly and soon the meeting turned to long calls.

Sumit got a bit busier in his life and Suresh busier still they used to meet at least once in a week and discuss utter nonsense which used to make them laugh harder.

"Well Ummh! I am seeing a girl these days and she is more than just Laying off Material."

"What? Don’t tell me you are serious about this one?"

Sumit said keeping the bottle on the table.

"Well it’s been three weeks we are dating and she is nice and ..."

Sumit's expression changed and he interrupted Suresh in between.

"Three Weeks? What the Fuck? Was I In Coma Till now?

Why the fuck you didn't tell me about it?"

He was acting as highly drunk after just 2 bottles, much less than usual.

"Calm down bro! I was going to tell you about this."

Suresh tried to calm him down.

"When After your marriage? Or maybe after you will have kids and he will call me that your buddy aka my daddy mated and I am the result."

Sumit said in a sarcastic tone.

"Why are you getting angry? Let me explain no."

Suresh again tried to convince him.

"You know what? Go Fucking Marry her. I promise that I won't come in your marriage. Hats the use when you want to keep it a secret. Go marry her on the Moon. No one will fucking disturb you."

Sumit again nearly killed him with his Sarcasm.

"Here is your wedding gift Drinks on me today. Have a Happy life."

Sumit gave his credit card to the bartender and turned deaf to all the pleadings and requests of Suresh.

He shouted and left the bar, although he was just a bit high on temper and was kidding and just said all that in the heat of the moment and effect of whiskey too and somewhere in Suresh's heart he knew that he was merely kidding.

Days passed by and the weird thing was that they actually didn't meet for quite a time. Sumit started ignoring his texts and calls and made him all the more worried. After 2 Months Suresh called him again and this time it went to his answering machine.

**Please leave your message after the beep. **

"Uhmm Well. It’s me only. You know me right. I have just called to tell you that I am getting married the next week. Hope to see you there mate. I really Miss us. Please Forgive media don't know if you will even hear this message but I really want you there on this big day, at least to check out if you haven't dated the girl I am marrying. Remember the pact? Hahira I know you do. Miss You mate. Please Come. I am Freaking Out here."

Suresh said in one breath half knowing that his this message will be ignored as all the others while he was not aware that all his messages were getting heard then and there only with tears in those sarcastic eyes.

Days passed quickly but still he had no clue about Sumit. He gave up in the end considering it all his mistakes and promised himself that he won't forgive himself for this.

**You lost A Friend Because of yourself Idiot. **

He used to scold himself daily.

It was the big day now. The Marriage day. His eyes were still searching for his friend but disappointment is what all he got.

"Sir, Congratulations. You both look gorgeous together."

One of his junior congratulated him. He flashed a fake smile while saying thank You to everyone. Suddenly his eyes caught someone who can tell him the whereabouts of his friend. It was one of the colleague of Sumit.

"Hey Rajesh. Thank You for coming, it means a lot."

"Oh Yeah! That Poor Guy. You were friends no. You must be knowing."

He stopped while saying.

"Well Ummh 2 Months ago I guess, he resigned our Company on 7th March due to some health issues. There was word on the streets that he apparently had Lung Cancer which he came to know about that day only. Now he is admitted in City Hospital."

Rajesh said with a sad face while Suresh can't believe him at all. Not at all. He ran as fast as he can, he drove as Rash as he can to reach that hospital. He rushed to the **Question Desk** and with Choked voice uttered his friend's name.

Nurse answered and he ran towards it taking the stairs. He opened up the gate.

Sumit said in his evergreen sarcastic tone thinking it to be a cute Nurse.

"You Son of A Bitch. You Pervert Asshole. You fucking Moron."

"Bro! I don't think that any random guy can come over to my room and curse me. It’s against the hospitals' rules."

Tear escaped from Sumit's Eyes while saying that.

"Why you didn't tell me? Why were you away from me? So many days!

What the fuck is wrong with you."

He hugged him tight. They both cried for minutes.

"I didn't want you to ruin your special day bro. I just don't want that to happen and you are looking dashing than me in this suit while I am in hospital clothes that sucks and you know what I said I will quit and see I kept my promise. I did."

Sumit tried to smile through his tears.

"What? Are you mad? I ain't marrying now. No. I won't. I will take care of you now and Aadhya can wait for me if she want me. You are my priority bro, no one else." Suresh cried again.

"Well, she won't have to wait much because I am going to die soon bro. Hahah … surprise, you are beside my deathbed. You kept your promise, sorry I can’t. I am kind of bound actually." He cried harder.

"Oh You Asshole. Why you saying so? We have Great doctors here. They can cure you and then you can again get back to laying off business. Girls miss you so much. Our bar misses you so much." Suresh was still crying; they both were trying to make each other stop crying, but failed horribly.

"Why? Why is this happening with us?" Suresh cried like a kid.

"Well I can't answer but yup I want you to promise me that you will not stop living. You will do what I was not able to. You will make me proud you will live my life. You will stay happy. You will miss me for sure but you won't cry, just smile and I will also smile. Can I get this promise from you? As My Last wish." Sumit said in a serious tone taking his teeny finger out.

"I wish I could but I will try that’s a promise. Now run. I am Fine but you have a wedding to catch A wedding without Groom will be a little incomplete and Whatsapp me all those hot chic pics okay." Sumit ordered Suresh to leave. He left with tears in his eyes and hope in his heart that he will come back to see him the next time also and it just goes on and he won't die. But after the wedding got over, he got a call that he died past night. Suresh promised not to cry. He Looked up to the sky and said, "I will keep my promise Bro. I will." Tears came in his eyes but he quickly got rid of him.

AFTER 10 YEARS, SURESH GOT ALL THE MORE SUCCESSFUL AND SHIFTED TO A BIG LUXURIOUS HOUSE WITH HER BEAUTIFUL WIFE AND A SMART KID HE NAMED SUMIT.

"Just as you wanted Bro I kept my promise. I hope you are proud now. I hope you are happy. I hope you are seeing this." He cried after years this time while the wind blew a bit harder as if getting angry on his tears. He got the signal and smiled and the wind got a bit gentle as if flashing a smile. Again the smiles got exchanged. Neither of them broke their promise because some promises were meant to be kept forever no matter what happened. That's Friendship Mate.