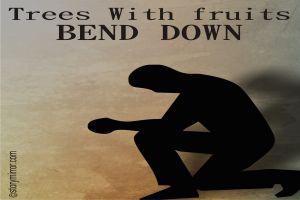 MONU and sonu were brother and sister. they lived happily with their parents. both of them were fond of mangoes. once , when the summer vacations started, they had nothing to do sometimes they played  and sometimes they quarrelled with each other .

One day their father brought mangoes. Both of them started quarrelling over their share of mangoes. monu said " i am your elder brother , therefore i have right to eat more mangoes."

no no no cried sonu altough iam younger then you , i like mangoes more than you .,.so,  i will eat more mangoes. hearing their arguments, the mother came and said to them,"you know , your grandparents has a garden which is full of mangoes trees. do you want to go there? both became very happy and agreed to go their grand father's house. the next day their maternal uncle came and asked

them to be ready to go with him. they immediately got ready. on the way , sonu and monu much about their grand mother and grand father,s. they reached grand parent's house.sonu said to his grandfather,"grandpa, i want to see your mango garden"."you will have to get up early in the morning to go there. we shall go there for a morning"said the grandfather. both the children agreed. they woke up before the sunrise.they were exicted to see the mango tree. trees were laden with lots of mangoes. the braches of the trees sagged with the weight of the mangoes. sonu and monu started eating mangoes. sonu said "grandpa, we shall come here daily and eat as many mangoes as we like"

grandfather said "OK"then monu asked,"some trees have more mangoes,while some have only a few.why is it so? grandfather said "ripe mangoes have been plucked from these trees .do you notice that the branches of trees laden with fruits have saggeddue to the weight of the mangoes?"

"oh, its true. but, grandpa:tell me why is it so?" asked monu and sonu grandpa said "the sagged branches of trees give us alesson:;when we have a lots of money and knowledge, we should not to be proud of it we should be more gentle in life. keeping our head down, we should be humble. we should .not boast" both the chidren were satisfied.after the vacations were over, they came back to their home,with a good lesson from their grandfather.

Trees With Fruits Bend Down