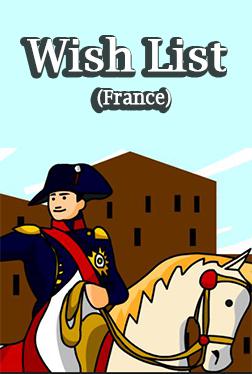 His commanders won a great battle for him, and Napoleon Bonaparte was in a generous mood. He asked his commanders to ask for anything and he promised to give it to them. His German officer asked for bungalow in Paris. The second officer who was a Frenchman asked for a hotel.

His Pole officer demanded for a brewery. Then he turned to the fourth officer and asked for his wish. He asked for a fortnight’s leave. The emperor told that his leave would begin from next day. Other commanders were surprised. They asked him why did he ask for so little. The Jew answered that the emperor was a busy man. He will order his secretary to fulfill his promises. His secretary too is a busy man. He will pass on the order to his assistant who too is a busy man. So the emperor's order will go down from subordinate to subordinate and finally in the course of a few months it will become a dim memory! So, he asked for something that the emperor would grant him immediately. Then leaving the three commanders gaping, the Jew went off to arrange for his holiday.