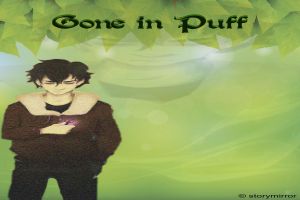 The winter wind was cold and bitingly merciless. The dawn had yet to make its presence felt in the horizon, as it was still too early for the sun to rise; still, good three hours from four o’ clock in the morning

Magroo’s village was still very far, some odd ten kilometers away. Maybe five may be seven. He could not recollect how far. Then the memories of his parents, his siblings, friends and the village he had left in the Barthana district propelled him onwards.

He had left them when he was young, in fact very young. On the fringes of the adolescent years, where heavy tides of sentiments muddle the mind and the analytical sense of differentiating between what is right and wrong is lost. He had run away from  his home, away from his loved ones. Loved ones, pictures went on and off like slides – his mother, father……

Yes, God in heaven, he was dying to meet them. How he wanted to tell all of them how sorry he was for the mistakes and the agony he had caused to them all these years. Wondered what his father must be doing. Must be still asleep. All his loved ones must have missed him a lot, but time must have healed the wounds of the absence of a dear one.

“Can’t wait to surprise them,” the thought comforted him, drawing his hand closer into his coat to beat the cold biting wind.

A lot of time had passed since he had run away. Good fifteen years.

Now Magroo was a sensible man, level-headed, and with firm bearings on matters of life.

He had done odd jobs, from one kasbah to another, town to town, city to city. Learnt all practical trades, and gained all hands on experience in order to survive in this wild world. Still he had not done badly in life, somewhere and sometime during the passing years of hard strife, perhaps the shame of running away from his house, perhaps now to become someone, he had his own small cycle shop in the big city.

A couple of hours back he had got down from the train and at  the station,  having found no mode of transport, at such an  unearthly hour, he decided to leg up to his village.

Nothing much had changed. The rural countryside was still the same, but the road now instead of being dust and a broken down bullock cart path had been brick laid. The walk, therefore, except for the cold was not so excruciating.  The impatient desire to see his dear ones acted as a balm against all the present hardship he was suffering.

He passed through some villages, some familiar, some forgotten, may be because of lapse of so many years from, from those early misguided years.  Still, even after those many years, the faint outlines of the countryside, the fields, and the occasional flickering lights in the huts of the villagers was a welcome sight.  All this gave him a sense of belonging, turning back to his roots.

Impatient anxiety increased his pace. He walked on. How long, he did not know. The desire for a smoke made him search his pockets and it did yield a cigarette packet, but not the matches. He remembered that he had forgotten to take them back from the fellow passenger in the train.  No matter, he thought, perhaps, he will meet an early villager or farmer, who might have the matches. This additional miniscule thought prompted him further on.

Dawn was slowly purging the veil of darkness.  Yet still time for the sun to rise, to cast its early golden rays across the fields. Magroo did, yet, catch something golden, a glow, and warm, not warm like the early morn.  Off the road, in the middle of an empty field he saw couple of  evenly spaced bonfires. Some burning brightly, others in the ember stage.

The desire of a smoke nagged him. It gnawingly nagged him. To addict desires one yields. Yes, smoke he must.

Without giving a second thought, Magroo left the road, towards those bone fires, little realizing that those were the funeral pyres of the dead and departed.  It was still dark for him to differentiate. He knelt down besides one brightly burning bonfire, pulled out a burning log of wood, lighted his cigarette, threw back the burning log, and gave out a satisfied puff of smoke….

As he walked towards the road, to continue his briefly interrupted journey, he saw a man on the cycle approaching from the opposite direction.  Magroo was barely on the road, the cyclist gave him a horrified look, turned deathly pale, dropped his cycle and ran as fast as his legs could carry him in the direction he had come from.

Magroo was surprised. Gave one look at the dropped cycle, shrugged his shoulders, and continued walking, the thought of the frightened cyclist running away did not bother him, he just had to reach his home.

He walked and walked, deeply immersed.  The  train of his  thoughts  came to jarring halt, as his attention  was drawn to  the agitated  voices of villagers carrying  stout sticks, who were approaching him, with the  frightened cyclist in their  lead  excitedly pointing  a frightened finger at him.

“He is the munjia, the bhoot, I saw him arising out of the funeral pyre from the shamshan,” shouted the frightened cyclist.

“Knock him, knock him down,” the faith blind villagers echoed and exclaimed.

Magroo did not get a chance. Not a chance, to enquire, to comment, or to say something in his defense.  Blows of stout sticks rained heavily upon him. He dropped down, helpless and lifeless.

Magroo was left to die, bleeding profusely, life’s light ebbed away from him, memories of the loved ones he wanted to see, flashed and flickered with the early coming dawn…..  a desire dwindled,  life gone away in a puff.

Magroo died barely yards away from his home, unknown.

You know, you can , at times , in the early dawn,  from the shamshan , can still see the ghost of  Magroo rising and walking some distance  smoking ………,and if you  do catch the glimpse of his face, it makes you very , very sad, with heavy sense of guilt.

Still, Magroo has not lost any hope, and makes his unending journey towards his home and loved ones   ……hoping to surprise them.