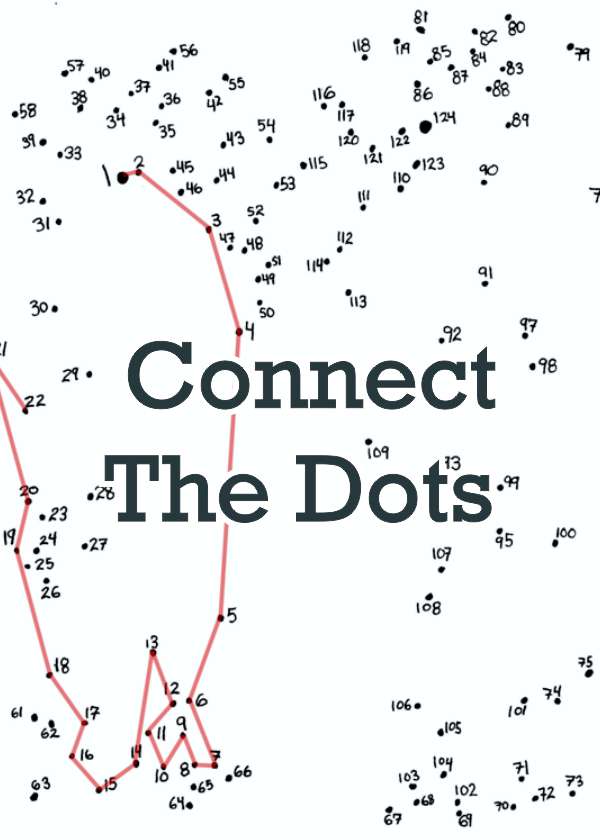 “Sadhvi, can you please check who’s at the door?” cried out Maithri from the kitchen on a quiet Sunday afternoon.

Sadhvi all of four, engrossed in play, feigned as if she had not heard her mother.

Maithri was surely pissed, but one trait in her that astounded and sometimes baffled her friends and close relatives was her ability to respond and not react to situations. She often reminded one of a duck paddling fervently under the water and gliding elegantly on the surface.

“Oh…so let’s give away Sadhvi’s ears to Jimmy, the street dog. Anyway, her ears do not seem to work. Jimmy lost his ear lobe in a fight. Did you know about it dear?"

So saying, she opened the door. There stood at the door, a cream-colored-chanderi-cotton clad woman, apparently in her mid-forties. She looked like the elite women we often meet in literary fests and concerts that many attend, and most do not follow.

“Maithri?” she asked her with a disarming smile.

“Yes…Please come in. Please sit down."

“Hi Maithri. I am Meera. I met your mom yesterday at the bank. I run an NGO ‘The Penguin’s Wings’. In the past two years, we have identified many young adults and women in the downtrodden sections of the society to deal with social or emotional trauma they may be going through. Everyday a NGO springs up promising to take care of food, shelter and other basic needs of people living in abysmal conditions. However, their emotional needs are often neglected. Children growing in such tough situations need an emotional anchor, a shoulder to cry on, and a pat on the back. We have worked with a few women and teenagers and have seen dramatic positive results. I am now on the lookout for people who can be change makers. We need people to be a mentor, guide, a counselor, an educator, a 3 a.m. friend, a motivator for these kids and omen. Pay is not a constraint. I am in fact looking for an equal partner. I am a long time customer at the bank where your mother works. We share a great camaraderie. In a chance conversation when I was ranting about the dearth of such able, loving and selfless counselors, your mom spoke about you. I thought I should not miss the chance of meeting you in person. Sorry about catching you unawares. However, I believe, there’s no better place to know about people than in their homes. Would you be interested in this opportunity?”

“I am not a trained counselor or a social worker. Yes, I am deeply interested in these causes. But I am not sure if I would be in a position to take up this assignment in my current scenario and capacity.” Said Maithri.

“No psychology book in this world will teach someone the hunger to help. That is the number one quality one needs here. Anyway, the decision is yours. I will leave my card with you.” Replied Meera.

Meera and Maithri spoke for the next one hour on everything under the sun. Meera spoke about the how the children embraced by the NGO fared in life and how the NGO affected their lives. They spoke about music, writing, politics and even the latest Kamal Hassan movie that both them were fans of.

Meera prepared to leave, drinking water from a cute glass bottle she had brought along with her. She took a restroom break and returned to find shards of glass lying all around. Thanks to naughty little Sadhvi.

Without the slightest expression of dismay, she remarked, “See. The glass ceiling is now broken. I’m sure I will see you soon.”

Maithri called her mom. “Amma. Meera had come to meet me. She is a nice woman. However, why do you have to narrate my life to everyone you meet. I do not understand. This is ridiculous.”

Srimathi, Mithra’s mom replied, “I don’t go around trumpeting about you to everyone. I think I have enough sense to decide whom I should tell what. Some stories ought to be told. The story of the creeper, no one needs to know. However, the story of a rose that braved the thorns to rise above and spread the fragrance. This story needs to be told.”

“Amma. You and your metaphors. Life is not a poem.”

“It is my dear. But are your eyes discerning enough to recognize the poem when it plays out?”

“Amma there is no point arguing further. You stop talking about me to your friends and colleagues. Ok?”

She put the phone done and heaved. Thank God, there are mothers in this world. Even in your weakest moment, you will still be her flawless queen.

‘The rose that braved the thorns to rise above.’

The words lingered in her mind, kindling her memories.

Life did seem like a bed of roses, with a perfect career, a partner who was head over heels in love with her. A couple of years and the rose wilted. The thorns surfaced.

Her skyrocketing success in a marketing career, the popularity and respect she had garnered for her skill proved to be the perfect breeding ground for abuse in her relationship with her spouse. ‘Arrogance is the camouflage of insecurities’, they say. It could not have been more right than in her case. The first thorn stuck. It pierced her hard in the courtroom when they granted divorce.

Another thorn awaited her. Her mentor at work, who had sculpted her personality both professionally and in personal life died in a fatal accident. She did not want to work under anyone else. She left the boardroom, where she had roared like a lion, forever.

While returning home seated at the backseat of her, she opened a book, ‘Like the Flowing River’ to read. It was as if she was reading English for the first time in her life. She read the same sentence several time. However, none of it entered her head.

The car stopped at the signal. A transgender who must be 18 years of age knocked the window.

“Enna Akka Paulo Cohelo padikareengala. Kasa Kuduthutu padikalame” (Are you reading the work of Paulo Cohelo? Give me some money and then continue to read.)

“Yes. Until my family disowned me, I used to devour books.” he replied.

Maithri said, “Get inside the car.”

That was the seed for DreamsWork.

Her own advertisement and training startup. The firm grew one person at a time. She did not have a game plan. People just came into her life, as if conspired by the universe. She built the people and the people built the business.

Now the future of the DreamsWork and the team was at stake. Maithri lost the revenue-earning contract of the company. A friend and a partner had breached her trust and taken over the client, leaving her firm in a financial soup.

She met Karthik in an official summit. Karthik was a start-up consultant. They networked. Right from the moment they started to work together, they felt an unusual chemistry was churning out between them. Maithri was not ready for any kind of commitment but Karthik pursued her. He removed her masks. He tore them apart. He spoke to her soul. She knew this was meant to be.

Karthik had parents of his own, who stayed in their native in Kerala. About ten years back, when he moved to Chennai for his marketing job, he stumbled upon this family. Karthik sold heating pads and massagers then. The couple who were initially a cold contact turned out to be a contact for life. The couple was childless and was moved by the empathy and concern Karthik showered upon them. He helped them procure medicines, buying essentials and assisted them in paying bills and so on. They insisted that he stay with them. Ten years have flown by and unless told, no one can make out that Karthik is not their son, Maithri is not their daughter-in-law and Sadhvi is not their granddaughter.

By this time, Sadhvi had woken up. She brought her activity book. Today’s activity was to connect the dots and decipher the picture that emerges.

Maithri was in a rather pensive mood today and would have liked to be left to herself. However, she knew better not to dampen the little girl’s spirit. She joined her in the activity.

Maithri said, “I think I know what this would be”

That was a message. Yes. She had to connect the dots.

If her first marriage had succeeded, she would have been leading a mundane life stifling her potential to save the marriage. If her mentor had survived the accident, she would never have ventured into a business of her own. Had she not started her own business, she would have never met Karthik. If Karthik had not adopted the couple as his own parents, they would not have known the joy of having Sadhvi in their lives. She was the meaning of their lives now. However, why did her business fail?

They reached the last dot on the page.

It was a bunch of roses.

“Hey Maithri. I have been waiting to hear from you. What have you decided?” said Meera.

“Can you give wings for six penguins including me? Zealous, hungry to help, and ready to create a change?” asked Maithri.

“Welcome with your team on board.” replied Meera.