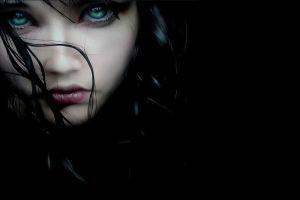 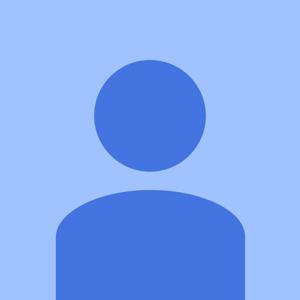 “Tell me about her.”

“Like her behavior, her habits, from where all this started,” said Dr. Newman.

She seemed to be hesitant. Although she was only the caretaker of the orphanage, she was said to be the only living being connected to Irina.

“Speak up nanny, if you love her and want to see her again.”

“She came here when she was 6, she looked delicate, like those products which come with the caution asking to be handled with care. Young, but old enough to miss her mother, her father. She asked too many questions about them. Someone once told her that I am her mother. I still remember that gaze of hers; she stared at me for a couple of minutes and then threw her doll at the informer, showing that she hated that lie. Although she didn’t accept me as her mother, but our affinity increased every day. Soon she liked nobody but me around her. She used to come to me when someone snatched her doll or teased her for the lump on her forehead. Then she used to repeat her usual question; who kept a ball here on my forehead? And I used to smile every time and give a kiss on that lump saying the one who wrote your destiny here.”

God, I have repeated all this in my mind thousands of times, not anymore. She stopped. Newman could see her choking, trying hard to stop her tears. He passed her water.

“I know it’s difficult for you, for she is a piece of your heart, but you have to understand that it’s important for me to know everything about her life. I need your help and you’re the only person who can really help me.”

“Yes, I understand and appreciate your efforts Doctor, please save her,” and her emotions spilled out of her eyes.

Newman could have consoled her, but he let her cry, he let her empty her emotions so that he could continue the further process without their interruption. Before she could restart, his eyes glanced at his wrist watch, luckily. It was 11.30 PM.

“I’m sorry. I have to reach home before midnight. It’s my son’s birthday,” said Newman.

“Oh sure. My blessings are with him.”

“Nanny, meet me at my office tomorrow morning at 10,” he said as he moved out of the room.

Newman came out of the orphanage, crossed the road and stood to wait for the cab. He was still, physically, but a storm of thoughts was going on in his mind.

What could have happened that forfeited the childish innocence from Irina? What made her do that? Two cabs passed by and Newman didn’t stop them.

"Oh you fool, you have 20 minutes to reach, and how could you leave a cab. Come back to your senses you moron."

The cab stopped in front of his gate at 00.05. He looked at his watch as he paid and thanked god for his not-so-late arrival. His wife was waiting for him only.

“Late by 5 minutes, If this had been a regular day I wouldn’t have said anything to you but today is our son’s birthday. You were supposed to be on time,” his wife complained as he untied the tie and removed his shoes.

“Upstairs, in his room.”

“Good! Call him to the dining room. Let us give him a pleasant surprise. He would love it for sure,” Newman went to dining area with other Family members to wait for his son.

The door opened and his wife came with her son, closing his eyes from behind. As she removed her hands, everybody chanted the Birthday song, but Newman didn’t. Why? Well, the thought struck him too. He was tired. He sat on the couch and saw his son. And then he thought about Irina who was an orphan and her fate didn’t have any birthday surprises.

"I wish I could make her life happier."

Folding her knees, sitting on the floor of the dark cell at the St. Sebastian rehabilitation Center for kids, Irina was staring at something amidst the air. Normal girls don’t look so beautiful at the age of 12. Irina wasn’t normal at all.

“Sir, Miss Daley is here to see you. She says you called her,” said the assistant of Newman.

Miss Daley was an old woman in her mid-sixties, but with an aura of calmness and love; love which she had for Irina.

“Good morning Miss Daley. Shall we start from where we left tomorrow? You were telling me about how she got connected to you so much. Tell me from where all this started.”

“Over time, Irina started liking me and I too started adoring her, after all, she is such a cute child. Every day I used to take her to the bathroom and then dressed her up like a doll. She looked beautiful even in those donated clothes. Then she started playing with other children of the orphanage. And before going to sleep, I was forced by her to tell her a bedtime story. That was the daily routine.”

“Wait, Stories? What kind of stories she liked the most.”

“At first, she used to sleep midway in the stories, but slowly she developed an interest in stories that came from heaven, related to ghosts or afterlife.”

“I’ll tell you, but first tell me more. Was there any specific story which relates to her behavior now?”

“Miss Daley, you have to. This point is important. I have this feeling that these stories of yours made her the way she is now. Did you ever tell her a story where a kid used to talk to the ghosts of her parents using a radio? As this is what Irina believed. A kid lost his life because of this belief of hers.”

“Once I told her a story about a child who talked to his dead friend from a gramophone.”

“What is it? Explain it to me Doctor.”

“This Monday at the court room you will know everything. Meanwhile, I have some homework to do.”

At the plea of Ms. Daley, Attorney Paul Smith was defending the case of Irina to bring her under the custody of Dr. Newman, the psychiatrist who promised Ms. Daley that he will take her out of the jail and bring her back home.

The moment he saw the headline - “A 13 YEAR GIRL SENT TO JAIL FOR KILLING A BOY OF 7,” he was sure that this was the case of some mental trauma, not a murder due to some rage. He on his own approached the orphanage where Irina lived in and contacted Ms. Daley.

As the man with the robe of justice entered the courtroom, heartbeats of Ms. Daley increased. She started mumbling her prayers for Irina. Dr. Newman was sitting beside her in the front row. He was well suited, seemed nervous as the whole life of a girl depended on his explanation.

Paul stood in the battle area where he would clash head on with District Attorney Shelly, first time with a hope to win the case. Then in the box stood that girl, not nervous, not worried, not a bit frightened about what fate of hers will be written today.

“Please be seated everyone,” announced the judge. He was a grumpy man, not easily pleased and a man who had a fight with his wife that morning over the quantity of jam on the bread slice.

“Let’s begin with the hearing.”

Shelly moved two steps forward glanced at Paul and looked straight in the eyes of the man who will finally decide the fate of the girl. She started ranting about how Irina needed rehabilitation and how she needed to be controlled or she would become a dangerous killer. Ms. Daley’s heart was stabbed every time Shelly implied her as a killer.

“Over to you Paul,” said Shelly after completing her part of actions.

“Thank you, Shelly. Although Shelly has predominantly proved Irina as a killer and a potential future criminal but there is a story behind why Irina has to see this day. Like every present has reasonable past to justify it, Irina too went through something which explain the force driving her. Irina was 6-years-old when she came to the orphanage. Her parents were killed in an accident.”

Paul paused for a moment and looked at Irina, as it was the first time when the truth about her parents was told in front of her. But she sat still as if she were lost somewhere in the cosmos; out of her head, her mind had wandered off someplace else. Someplace where she could talk to her parents; especially to her father who had promised her to bring a doll for her next time he came to see her. She wanted her radio back.

In her heart, she knew that she didn’t want to hurt Tony but she couldn’t tolerate the jokes on her parents. The other children of the orphanage mocked at her and laughed at her when she claimed to talk to her parents from a radio and when she got frustrated, she used to cry, hating all of them.

She didn’t want them to believe her; she just wanted to be left alone with her radio and her parents.

Coming back to regain his momentum, Paul started again, “She was naïve in this world without a shadow over her head, like a blank page, like an incomplete book without a cover. Her heart took a story very seriously, as she started believing that from a radio she could contact her dead parents. When Tim teased her about her fantasy which she believed to be true, she was outraged and pushed Tim off the terrace. He died immediately on the spot, and Irina sat there tightly holding her radio. Still as a pond, unaffected by the curses of the world around her, lost in her own realm.

Let me ask a question from you all. Is Irina really a killer or is it her mental state, having lost her parents when she was 6 and making her  try to talk to them again from a radio?

I know it is impossible, but only God can understand children. They thrash and build kingdoms whenever they want to. My plea to you, My Lord, is to make a decision which doesn’t prove to be salt on her rotten, wounded fate. Her mental illness can be cured; Dr. Newman will take full responsibility for that. Thank You.”

After an hour of the consulting break for the jury, the courtroom was at bustle. Judges arrived and with every step they took towards their benches, Ms. Daley’s heart raced.

“After listening to every aspect of the case and considering the plea of District Attorney Paul Smith this jury has decided to set Ms. Irina free and instructs Dr. Newman to take full responsibility of curing her mental illness, he and only he will be responsible if Irina failed. The court is dismissed.”

Paul banged his fist on the table, so did Shelly. Ms. Daley’s eyes were telling how overjoyed she was, and Paul received congratulations.

“Wake up Honey; you could have slept at bed if you were so much tired,” called Newman’s wife.

“What?” Newman woke up looking aghast.

“What happened honey are you OK?” she asked wiping of sweat from his forehead.

“Nothing, I am good dear. Just a dream.”

What Happened To Irina?