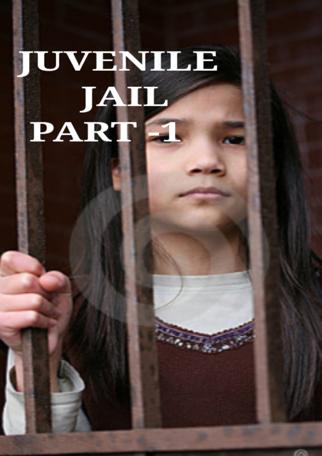 I'm a Aditya Kewat, a senior ranked post of police commissioner in Mumbai. I have been transferred from Varanasi 10 days ago because of my hard work as I was working 24/7 whenever I was needed at any urgency. I was looking records of criminals and suddenly I saw a file named juvenile criminal Dazzy. When I asked the constables, they said that Dazzy is a criminal who killed 80 men and this is why instead of sending her to juvenile home and she was punished to be in jail for 5 years.

Constable told me she is dumb and her age is till 16. I doubt that how this much small girl whose age is to play with dolls can kill 80 men!

I went to central jail to meet her and I saw an innocent girl sitting on a chair, looking at sky and counting flying Birds on the finger. I said hello and she ignored, again I started to talk in her way by moving my hand, she smiled and went back to her place. Meanwhile, I got an urgent call so I had to move on. The next day, I searched her address and went to Dazzy's home. I saw her mother who was in prayer in front of Jesus and murmuring something. Dazzy's father who was working in bank and his brother who was preparing for mechanical engineering. When I started to talk about Dazzy, they tensed and asked, Did she kill anyone else?

I patiently said no.

I asked her mother about that girl is so innocent, she is not criminal but she said Dazzy is my daughter, I daily pray for her to come home soon. She told me about a laptop that she was using to kill people and then I got the biggest thing to turn her case.

I took that laptop which was destroyed completely, I asked to repair it as soon as possible.

After a week, I got her laptop with all data. I made a team of 7 people to work on this case secretly. We got to know that she was so smart who had transferred 2 lakh to people who supported her. But the question was how she got this big amount at the age of 16 without help of her parents. Our investigation informed that as her father was in banking andshe had much knowledge about bank, accounts and transferring money through various ways. Her laptop was full of 80 listed men who she killed. The strange thing was that there was all fake name whom she transferred and we could not reach any proof. I went for a case in Delhi and then it reminded me of address which was given in laptop, I went and said that anyone of know girl named Dazzy and they all were unaware of this name. I saw a person with a Long beard and gave him my card. I told him to meet me at my given address tonight.

In Noida, Delhi we met in our car. He was scared because he knew that I am from police departments, I directly asked him about Dazzy and said I want to know how you know her. He said, I don't know, when I told him that that little girl is in jail, he was shocked and said I did not know, she only talked on video call and after completion of mission we never got in contact as it was her terms and condition.

I said she is a dumb, then how she can talk on video call? He said she never talked, she always made plans and sent a person named Ali who guided us. But there was no information about Ali.

We searched a list of all Ali named people in Delhi, after a month he himself came to us and said I want to help Dazzy because she helped many families to get justice, it gave happiness to many of them. He started the story of that genius girl.....

Dazzy sorted 80 list of Rapists by internet from all over India and for 1 year she made unbeatable plan to kill those rapist. She read about naziya, who was my sister who was raped for continues 6 hours and she died. When I went to police, they asked me for proof as they cleaned all medical reports and everything because that rapist was politician's son. Ali said I'm too late as I have to go home because my old mother is alone who is ill and so he left.

Next day was Sunday, I went to meet Dazzy and spend some time with her. I showed her family pictures, she smiled and then she saw her uncle's picture, she scratched that photo and went back.

Another day I called her uncle to police chouki but he didn't come and at night I went to his home but he was escaping, I caught him and then he told when Dazzy was 12 years old, her family went for an event and Dazzy was dumb so they didn't want to make her feel uncomfortable so they left her home with uncle as she also didn't like crowd. I knew that she was dumb and so can't shout and I raped her for 2 night and on 3rd night her parents came back, since then I never went to see her. We locked him in jail and news came that Ali is killed who was our only media to search for the case, which means someone got to know about Ali and us that we are working on Dazzy case.

I went the next day to Dazzy with her parents who were in my van and told her story of an unknown girl who was raped by her uncle, she cried and hugged their parents.

Now I took her in the inquiry room and asked about the 80 man-killing strategies which only she and Ali knew.

To know her brilliant Strategies read