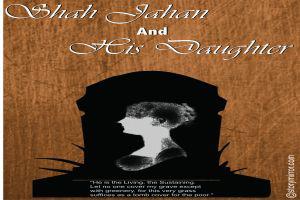 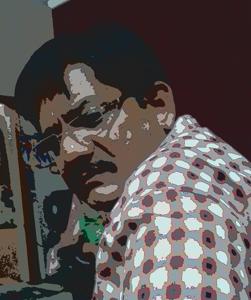 I am not a history-monuments-tombs obsessed person, yet this must have been my twentieth visit to The Taj Mahal and The Agra Fort. What has been drawing me here time and again? Is it the Divine Love that’s associated with The Taj Mahal, the proud passion of an emperor's love wrought in breathing stones? People have always been fascinated with Divine Love, especially the eternal romance of Shah Jahan and Mumtaz and the excitement and mystery associated with their love affair. Why is the fascination for Divine Love so universal? Is it real? As such, we are mere men and women—mortal, physical, earthbound, and sustained for a few decades by food, water, and the air we breathe. Yet our hearts are filled with “Divine Love”—a driving force of change for the better, giving us hope and something to look forward to—but our bodies are bound by reality. Accounts of people like Shah Jahan and Mumtaz, in a sense, could be an attempt to peer into the great gulf between the two.

Though initially I enjoyed roaming around a very wet Taj Complex, I soon lost interest and headed towards the Agra Fort where I spent close to 7 hours trying to understand another Divine Love- the love between Shah Jahan and his beautiful daughter, Jahan Ara.

Unlike the Taj, there is very little romantic about the Fort; rather it is imposing and overwhelming in that bit-of-this and bit-of-that way. From past experiences, I knew that it’d take many perspiring hours to make a single round of the huge complex. And a single round on my own was not going to do any good as I was looking for some out of the way access to certain restricted areas and a little inside information. The guides I approached seemed a waste of time. Most of them, in their late twenties or early thirties, were trying to prove more intelligent and relevant than they actually are. As I stood there wondering about the next step an elderly guide glided towards me.

“There is an old man who could be of help.” He said.

I nodded, but without much conviction, “How old?”

“Over seventy; he has been a janitor here for close to fifty years. Before him, his father, grandfather and great-grandfather were caretakers here.”

“There is a small tea stall about 100 meters from the main gate. You can catch him there.”

He gave me a sneering look, “Offer him some money; he’ll come.”

“Ask for Chacha,” He glided away.

The look of misery and depression on his wrinkled face was enough to invoke pity in the mighty Agra Fort. Abandoned by his grown up sons, he spends most of his day time in this tea stall.

A token advance of Rs. 100 and a solemn guarantee of another 100 afterward brought him to his feet. He placed a comradely hand on my shoulder, asking me to come along. The camaraderie was uncalled for and, to a less secure man would have been outright insulting, but I was happy to trudge along.

As soon as we reached the Fort I said, “Let’s start with the dungeon where Shah Jahan was imprisoned.”

As we passed the marble bedroom of Shah Jahan and Mumtaz on the way to the dungeon I couldn’t help but ask, “Why are there no doors?”

He rolled his eyes, “Doors would have spoiled the exquisiteness of the bedroom; instead there were silk curtains.”

The bedroom looked impressive even without the rubies and gems that once adorned its walls.

For long minutes, I stood before the dungeon. It was here Shah Jahan was held a prisoner for eight long years, attended by his faithful daughter Jahan Ara. In vain I tried to visualize the torture and agony the emperor and his daughter must have endured here.

“It was Jahan Ara’s wish to share the dungeon, wasn’t it?” I asked.

He straightened himself, puffed out his chest- without being aware of it, I felt- and looked disdainfully at me. “Are you thinking what I think you are thinking?”

“I have come across a few reports…” I looked away.

He shook his head sadly, “This is one of the worst, depraved and unethical efforts to alter and defame a daughter’s love for her father.”

He was trying to control his emotions. “What do you know about Jahan Ara?” He asked after a few distressing seconds.

“Not much,” I confessed.

We sat on the marble steps leading to a small garden. I watched the broad and steady Yamuna, its modest but arrogant portion of water roaring between the Fort and the Taj.

“She was the eldest of his surviving daughters, a stunningly beautiful princess, who resembled her mother, Mumtaz a lot. She was also the elder sister of her father’s successor and the sixth Mughal Emperor Aurangzeb. Jahan Ara was Shah Jahan’s favorite daughter. Though the emperor bestowed her with many titles like Begum Sahib (Princess of Princesses), she was simply Janni to him. To the young princess, the look in her father’s eyes, the smile on his face and the warmth of his hugs were much more valuable than the pearls and rubies he had got her as tokens of his love.”

He stopped, looking towards the Taj. It was some minutes before he continued.

“The princess was seventeen when her mother died. Though grief-stricken she took the place of her mother as the First Lady of the Empire. The death of Mumtaz had traumatized Shah Jahan to such an extent that he lost all interest in the affairs of the mighty Mughal Empire. Entrusting the royal zeal to Jahan Ara the emperor withdrew to his private chambers. Apart from caring for her younger siblings, she is also credited with bringing her father out of mourning and restoring normality to a court darkened by her mother’s death and her father’s grief.

Coming out of bereavement, Shah Jahan bestowed upon Jahan Ara with half of Mumtaz Mahal’s personal property worth Rs ten million. Her annual stipend was raised from Rs 600,000 to Rs one million. She became the trusted confidante of the emperor. She was highly educated and well versed in Persian and Arabic, as well as a writer and painter.”

He stopped only to continue.

“Shah Jahan was close to seventy and seriously ill when he was deposed and imprisoned by his son Aurangzeb. Jahan Ara, in her forties, inconceivably rich and talented pleaded with her brother to allow her to take care of their father. Aurangzeb had only one condition: “If you want to take care of him you must join him in the dungeon."

He sighed, “For eight agonizing years she stayed in the dungeon taking care of her dying father.”

I took a deep breath.

He looked deep into my eyes, “Do you still believe such nonsense?”

Sheepishly I shook the head.

He nodded. “Taking care of one’s ailing father doesn’t mean there is an affair.”

Silently, we sat there for many seconds

He continued, “Emperor Shah Jahan died of a broken heart and mind on a chilly January night in 1666. The Taj and the Fort watched silently as four men dragged the stinking corpse out of the dungeon. The daughter looked on at the heartbreaking spectacle from a window of the palace. She pleaded with Khoja Phul (the eunuch in charge of the men) not to take the body for burial in the night.

“Please wait till daybreak,” She begged.

“I have orders from the Emperor (Aurangzeb) to carry the coffin this very night,” He replied before hurrying towards the cortege. The gesture of Aurangzeb, the son Shah Jahan had pardoned many times for atrocities and high treason was one of utter disdain for love and trust.

After her father’s death Jahan Ara lost all heart for Agra. With Aurangzeb’s permission, she left for Delhi where she lived till her death in 1681. The epitaph on her tomb in New Delhi reads as follows:

"He is the Living, the Sustaining.
Let no one cover my grave except with greenery,
for this very grass suffices as a tomb cover for the poor."

Around nightfall I left the Fort. I was thinking, in many parts of India, especially in rural areas boys are still treated as more of a premium than girls; parents are crazy about having a boy; if they find out the mother is expecting a girl, they often opt for abortion; baby girls die from ‘mysterious accidents’. Sad but true. When will we realize that a girl child is a blessing and not a burden?

Shah Jahan And His Daughter