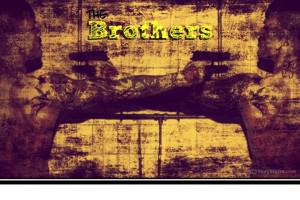 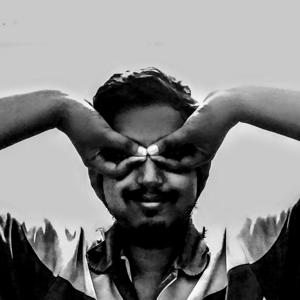 Mr. Ontoya nervously paced up and down in his one-bedroom flat at the third floor of Manfred Towers, Johannesburg, South Africa. He'd just received news that his brother had escaped from Central Prison and was coming for him. As he walked to and fro, his friend the police commissioner Mr. Gordon called and asked him to calm down and the police were taking control of the situation.

Tim Ontoya was a linguistics professor at the University of Johannesburg. His brother, Njubwe was a corporate chief of a local company. Ontoya was very close to Njubwe that they always called each other own to symbolize their brotherhood. While Njubwe was married to a girl named Bridget, Ontoya preferred to stay single and have fun. Three years before, in a freak accident, Ontoya had unknowingly crashed into Bridget's car while making out with a student of his. The accident had killed Bridget and Ontoya and his "girl-friend" fled the scene.

Ontoya hid the matter from his brother and tried to use Mr. Gordon's influence to remove all the evidence from the place of accident. Njubwe was so disturbed by this that he almost tried to commit suicide, but was stopped by Ontoya from doing so. Njubwe was then sent to a rehabilitation center to recuperate with Bridget's loss. For 2 months, Njubwe was doing fine, when one day, he suddenly disappeared from the center without any trace. All the efforts made by Ontoya to find Njubwe were in vain.

One day, Ontoya was waiting in his flat for Mr. Gordon's visit when Njubwe turned up through his bedroom window holding a knife in his hand.

Njubwe : Don't act sweet you piece of dirt !!! I know what you did to Bridget.

Njubwe (Interrupting, tears rolling down his eyes) : I heard you speaking on the phone with that police friend of yours. How could you do that to me ???

Njubwe held up his knife, ready to strike...

Suddenly, the door opened, and three police officers stormed in, followed by Gordon. Apparently, someone had seen Njubwe climbing up the window of the towers and had called the police. They attacked Njubwe and over-powered him. During the arrest, Njubwe was smiling throughout and said to Ontoya, "We'll meet again."

Almost a year and a half had passed since this incident and the very mention of Njubwe's name sent chills down his spine. Now that Njubwe had escaped, Ontoya was frightened for his life. He closed all his windows, and started to frequently see through the peek-hole of his door observing for any signs of Njubwe. Gordon had put two police officers in patrol near his house, and they were standing in the entrance of Manfred Towers carefully watching out for Njubwe.

Three days after Njubwe had escaped, Ontoya was still afraid for his life. The two officers became good friends of his and were regular visitors. The next day, Ontoya received a knock on the door, and through the peek hole, Ontoya saw that one of the police officers were standing with his back exposed. Something about the scene did not seem right to Ontoya and he took the reserve pistol that he always kept for security and opened the door.

The police officer turned front, and revealed himself to be Njubwe !!!

Ontoya : Own, please don't hurt me. I am really sorry for what I've done. We can talk this out. Trust me.

Njubwe : No, talking doesn't solve anything. You have to die.

Ontoya : Don't do this own. Otherwise, I have to take drastic steps.

Njubwe (relaxing himself and straightening up) : Go on, kill me. I know you won't. Because fate wants us to live as brothers, even though we are not having the same parents.

Ontoya was scared now. What Njubwe had said was right. They were not real brothers. Their fate entangled them to be like brothers. Both Ontoya & Njubwe were the last surviving "Pure" members of the Zuoh Tribe that originated in North Africa. All the other members were either "Impure" or dead, which removed them from the tribe altogether. Pure members had parents who belonged to the Zuoh Tribe, and were allowed access to all the tribal practices and customs. People who married other tribals were considered as impure people and were banished. In order to keep the Zuoh rituals and customs secretive, the impure people were given a secret herbal medicine, which removed all their memories of the tribe.

Due to the stringent rules of their community, only Ontoya & Njubwe remained. Ontoya loved the Zuoh language so much that he started teaching the language at the University of Johannesburg. Zuoh was a complicated language which required 16 years of rigorous practice for mastery.

Ontoya : If we die, our entire community and culture dies with us, own.

Njubwe : Let it die. After all, nobody cares about us.

Ontoya & Njubwe were always at loggerheads whenever they spoke about this situation. It led to frequent fights and debates between the two of them.

As the atmosphere between them got tense, both of them pointing guns at each other, a knock on the door was heard. Njubwe turned around to see when Ontoya all of a sudden, reached out for his pocket and took out a small stick with holes at each end. As Njubwe turned to face him, he aimed the blow stick at Njubwe & blew at it. The dart hit Njubwe's exposed neck and he fainted. Ontoya went to him and whispered in his ears,

"You shall forget everything about Bridget"

The herbal medicine which was given to the impure members had the power to wash out the memory of anything in the brain. Ontoya had used it as a last attempt at saving his community. Technically, Njubwe was impure as he'd married Bridget, but Ontoya helped him regain his pure status by using the herbal medicine. The doors were broken down and police emerged. But Ontoya asked Gordon to leave the premises and that everything had been solved between them.

As Njubwe awoke from his hospital bed, Ontoya was sitting by his side.

Ontoya (Happily) : An accident took you to a coma and you've been like this for over four years,Own !!!

Njubwe : Even though we are having different parents, we are truly brothers !!! Thanks a lot for taking care of me, Own !!!

Ontoya (Tears emerging from his eyes) : Please promise me, whatever happens between us, we'll never turn on each other, ever !!!