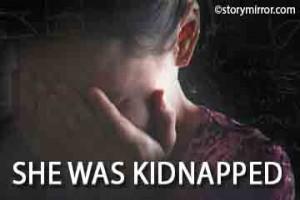 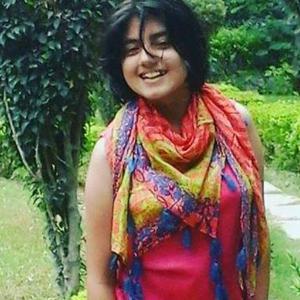 She was still cooking food when his children came home from school. She heard them talking about the day's work with Mother. "Bring the lunch fast, Aaima the kids are hungry" she heard mothers call. She came out from the kitchen with a bowl of rice and curd. She had been working here as a maid for quite some years now, she like this place, this big house with several windows. Now this place felt like her home. Father, yes she called the owner of this house my father." It has been so long while living in this house that now everything in it feels mine." She thought.  She did a lot of things here, like cleaning, cooking, washing clothes etc and each time someone calls her name she feels wanted. Everyone makes her happy in this house except Father. Everyone calls Him bade sahib in this locality.  He always says that she doesn't belong here but when she asks him where she belongs then he has no answer.
She doesn’t remember much about my past just that she too went to school.  Her memories are little vague but she does have a recurrent dream of herself going to school. Walking down a dusty lane with her friends but then she remember a man whose face was covered, he gave her a chocolate and then everything got blurred. She know that this incident never happened in her life but she's not able to make herself believe in this truth. Nevertheless her life cannot be changed its useless to hope.
Today, Father called her into his room. She hoped to see Mother too but she wasn't there. He asked me to close the door behind me. Next morning she woke up in his bed. Her body was paining, she didn't know why but she felt ashamed of herself. That day nobody talked to her properly, they said she wasn't pure. She didn't understand what they meant.
Today is her fourteenth birthday and she wanted to celebrate it like her Brother's and Sister's birthday was celebrated each year but nobody heard her. She did had a surprise waiting for her in the evening as Mother has said.
She patiently waited for Father to come and he did came but with another man. She was traded that day, on her fourteenth birthday. 'She works well' her father said.  But then she didn't knew what it all meant.

Next morning she was taken to some place she didn't recognize. It was inhabited by all girls.  She felt safe, but when she was taken to the owner it was little scary. She watched her as she rotated around. She told her to sit on her lap and she did. She told her that the girl was a beauty she felt shy.
It is four weeks here now and she is getting into the routine of dressing up and dressing down in front of People she doesn’t know. She wanted to ask her Aunty whether she could study and get enrolled into the school here?. She laughed so hard that tears came rolling down her face. She didn’t understand.

Maybe this is her life now. Maybe here's where she have to live forever. She know now everything that had happened. She is matured. She need to get out of this place. She doesn’t know if aunty would allow her to do that. To run, and go away. She wanted the girl just because she's beautiful and she works good. She again had that dream but today she saw her mother too. A beautiful face, she was. She ran after the truck who has the masked man with her daughter.  Does it really happened? She asked herself. Maybe she was really kidnapped...
Tonight she shall run for the first Time for herself. Everything was planned... But she had to be with a customer. She let him sleep.  She streaked out. Out of her room. The house. But the main gate was bolted. She opened the bolt but it made sounds. She had to open it and it did opened! Everyone was sleeping until it made a crackling sound.  They all were awake and she ran as hard as she could. Some men ran after her. She hid in an open casket that lay around the market. She wished they wouldn't find her. When she woke up it was morning,  and the market had become busy till now. She tried to get out of the casket but remembered that she wasn't dressed properly. She couldn't run further yet she couldn't stay in the casket. So she started looking for help to get out from her situation.  She saw a lady almost 6 years older to her shopping in the market. Aaima called out for her and that lady came towards her. As she was coming Aaima could only see her eyes and her hands in the burkha. Those pretty nails were painted and her eyes were shining with curiosity. Aaima told her name to the lady and asked for help. Lady's eyes smiled, she gave her hand and Aaima took it. They started walking towards the end of the market, through the various streets, crossing various house and then she stopped. Aaima looked into her eyes and she peered into hers. They were at a large big gate of an old deformed house. The lady knocked the door and a maid servant opens it. They went into the house and Aaima was made to sit down on a comfortable sofa. The lady asked “Are you hungry?" Aaima nodded her head and she said "Yes." the lady ordered her servants to bring the food. When Aaima ate her meal joyfully and when she has eaten her meal to her delight, she asked the lady - who she was?

The lady smiled and answered “I work for woman empowerment”. Aaima was confused, she doesn't knew what it meant but she smiled because she felt nice. “What is the thing you want to do the most?” the lady asked. “I want to study” Aaima said loud and clear.

After 3 years Aaima is now learning and teaching in a school for girls in her locality. She lives in the hostel and is happy with her life. After all this time she smiles and plays with her friends. Education gave her wings to fly...