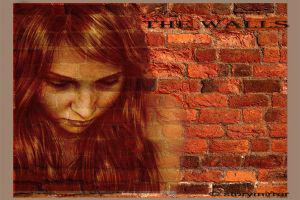 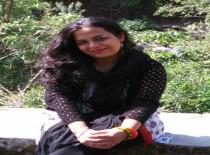 She took a deep breath and exhaled, letting the fresh evening air reach every nerve ending in her body. The fragrance of wet earth was enchanting, enveloping her in its glory. She looked all around, taking in sights and sounds and smells…as if she had been granted fresh insight into life. She was eager for new experiences, new encounters and perhaps, a new life. It was a new beginning for her, I guess.

It had been ten days. Ten long days since he died. She couldn’t remain cloistered up at home. No, she wasn’t going crazy with grief as people assumed. She couldn’t wait to get out of those walls and savor her new found freedom. She didn’t join her college immediately. Classes could wait a few more days, right? It’s only once in your life that your father dies!

It had been a hard battle to fight. She had forgotten what it was like to have a ‘normal’ life. Looking after her father, day and night, had made her an outcast in a sense. Her friends called but she had nothing much to talk about it . After a while their calls dwindled and then finally stopped.  She was steeped in a world of pain, medicines and illness, not even looking out of the window as the world sped by. The world was changing, people were dying here and there but her life hinged on this one man propped up in a bed, coughing and gasping for breath all day. She had been an introvert all her life and the situation now made it even worse. Her silences echoed in an empty house. She was screaming inside, all day, every day. The walls stared back at her. Impassive.

It was a countdown to death and she felt like a cheerleader sometimes, cheering him on or watching from the sidelines like a helpless spectator. Days and nights merged into a seamless cacophony of coughing and helpless groans. Within those walls, time had come to a standstill, joining her at the margins of the drama of death being played out. Time, an awed spectator. I believe she became one with the walls, blending in with them, becoming a part of the history of the house. Then, one day, he died. To say that she was relieved would be an understatement. She didn’t cry when they took him away for cremation, her last living relative. She couldn’t wait to live her own life, or so she thought.

The freedom came. And then some decisions. There was no one to question her or ask her where she’d been. No one to inform in case she was getting late in college. No one really cared where she went and what she did. She was happy,  loving every moment of that thing called life. She was no longer one with the walls. She was the elements. She was free, uninhibited. She went on walks and stayed out late. She observed people, eavesdropped on conversations. She read to heart’s content… And then one day it started raining. The heavens opened up and started crying. Or perhaps it was her father.

She stayed home and decided to clean the house. God knows, the house needed a good clean-up. She took out old boxes containing papers, books and bills and sat down, determined to sort them. It was fun going through old report cards from school and the mandatory group pictures form every class. She was enjoying herself until she came to a diary of her father. It was a slim diary, blue in colour containing the phone numbers of his friends and colleagues. She was about to put it away when she thought the last leaf looked a little bulkier than the front one. Prying it open, she discovered a photograph inside. It was a picture taken on the day she had participated in a school play. Dressed in a pink, flowing frock she was grinning up at the camera. Her breath caught in her throat. She had no idea he had that picture safely tucked away in his diary…

All the walls in the world came crashing down on her.

And she wept… and wept…

The walls witnessed it all. Her guilt. Her pain. Her remorse.

The walls were a womb now.

She wanted no birth.