“Oh no!  I am losing this game.  The point is 2-6 in favor of him,” Thought Prabhu, as he is playing the all important local championship Table Tennis match.

“You can’t come? Is your game more important than me? OK!  Thanks for your love and understanding.  Goodbye!”  These words from Reshma flash across his mind as he blinks his eyes in the middle of this match.

“Oops!  I am losing this match.  What am I going to answer to Raja Sir?” Thought Prabhu as he tries to regroup himself mentally.

“I can’t concentrate! I am going to lose this match,” He thinks and starts to serve.

It’s an awful serve and the opponent treats it the right way by smashing it and extends his lead by another point.  The points read 2-7 with Prabhu still serving.

“Never ever do a weak serve.  The serve is the only time when you get full control,” These words by Raja Sir flashes in his head as he thinks about his lost point and begins to serve another.

This time the serve is much better, but opponent returns with ferocious speed and Prabhu hits it away due to the topspin on the ball.

Had Prabhu been in the right frame of mind, he would have returned with even more power and would have probably won a point.  But he loses this one.

Raja Sir’s image flashes his mind and forcing him to concentrate and turn the tables in the match.

He tries to focus.  But now the opponent is going to serve and he has the momentum to go on and finish off the match quickly.

He serves a top spinning serve close to the edge of the table and Prabhu barely picks it up and loops the ball, a bit higher in the air.

In the game of Table Tennis, a small difference in height can shift the advantage towards the other person.  And it did.  The opponent used the extra height and smashed it to the left corner of Prabhu’s side catching him in an awkward position.  One more point lost.

Everyone can feel the tension in Prabhu’s face.

“Man, where is this heading?” Prabhu asks himself, immensely disappointed at letting Raja Sir down.

Another serve coming his way.  This time it is a back-spinning serve.  Prabhu does his worst, he doesn’t even put the ball to the other side of the nets.  The score reads 2-10 and it’s Prabhu’s serve.

“Prabhu, we are from an economically poor background.  These things won’t be a right option for us, my dear.  Please quit this,”  Words from his mother flashes in front as he blinks his eyes.

He serves but once again very poorly.  The opponent smashes it with power.  Prabhu makes a quick adjustment to the paddle and blocks the smash and returns it.  But the return is very loose and the ball loops in the air for a long time allowing ample time for the opponent to smash, spinning it away from Prabhu.  This time, Prabhu tries to block it but no luck.  He ends up losing the point and with it the match as well.

Dejected, Prabhu just sits on the floor in the same place. He feels very heavy at letting Raja Sir down.

“How will I face him?” he thinks to himself. “What will I tell him?”

Just then, images of his girlfriend also flash in his head.

With all these questions lingering in his mind, he slowly gets up and goes to the change room to freshen up and change his attire.

As he splashes water on his face and looks at his tired face in the mirror, he thinks, “I think Mother is right.  I don’t think I fit into all these.  I should concentrate on my work.  That is what has fed me and mother till now.”

“But what will I answer to Raja Sir?”  He thinks for a moment.

“I think I should apologize to him for this and concentrate on my work, certainly he will be disappointed, but what else can I do?  I think this is the right decision,” he thinks and having got some clarity, he goes and changes his clothes and heads back home.

He knocks the door.  His mother opens it and finds his son’s dejected face.  As he enters the house, he looks at his mother with a feeling of guilt of not having listened to her words.  His mother doesn’t ask a thing about the match and hands him the water bottle.

Prabhu drinks some water and goes into some deep thinking.  That’s when his mother calls him, “Prabhu.”

He is too engrossed in his thinking.

His mother raises her voice a bit, “Prabhu.”

This time he hears it and turns his face towards her and nods his head in a fashion asking what?

She says to him, “Please come and have something to eat, my son.”

“No Ma,  I am not feeling hungry.  And I am feeling tired.  I will rest for some time” He replies and walks into his small room and closes the door. 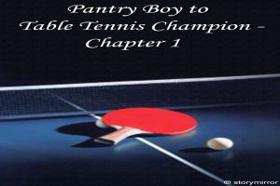