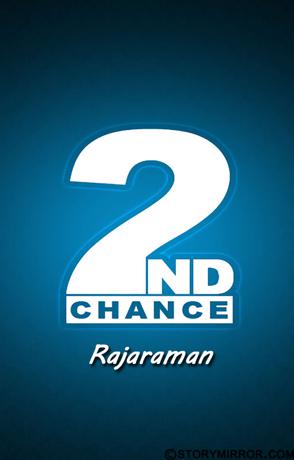 “Ever since I started my sweet shop, I have treated my employees like my family. Yet, someone managed to steal from the galla petti (Money box),”  thought Murugan, the owner of the sweet shop. Someone had stolen Rs. 4000 from the money box.

“This is the first time that we are using the CCTV footage to find out who took it,” he thought to himself.

There were 6 people watching the footage in the room. Everyone was a bit tensed. It wasn't every day that one would see things like this in a work environment. And if someone has broken the trust, the entire team would come under scrutiny.

“Who would have taken it? Maybe one of the new guys? Maybe Anbu? or Logu? Those are the two new guys,” he thought to himself. He knew for sure that the old employees wouldn't have done this.

“Oh shit! I never thought there was going to be a camera in such a small shop,” Logu thought to himself knowing what was about to come next. He stood anxiously. But since everyone was tensed, no one noticed his tension.

“I don’t know what they will do to me. I shouldn’t have done this. What if they hand over me to the police? How will I send money to my mother? What will my mother think if she came to know that I am a thief? She won’t even talk to me. I remember she told me once, be it any situation, always be honest. I am betraying her. I betrayed the owner’s trust on a new guy too. I shouldn’t have done this,” he thought to himself as the CCTV footage moved forward.

Murugan worried at the thought of who would have done it, watched the expression of each of his employees to identify who was the culprit.

“Oh my God. Please do something. I will get caught when the 5PM footage will appear on the screen.”

“I remember the exact time I stole the money as one of the programs in the TV (Nalaya Iyakkunar) was about to start. I could hear its soundtrack at that time.”

As Murugan observed the expression and body language of each and every employee, he found something strange about Logu’s mannerisms.

“Why is this guy unusually tense? He is one of the best employees here. Even though he joined just two months back, I have left the galla petti open and left for home a few times. He is trustworthy.”

“But why is he tensed? Did he do it? No! It's not possible. He is very talented. Why would he feel the need to steal?” Such conflicting thoughts fought for their space in his mind.

“Dei, I was back by 5.05, so it should have happened between 4.50 and 5.05, so watch carefully,” instructed Murugan as he kept a close eye on Logu’s facial expressions.

“Cha. Why did I steal it? I could have asked for an advance. Maybe he would have given too. Can I ask for forgiveness? Should I run away? But what if I get caught by the police. I think I should ask for forgiveness,” thoughts raced in Logu's mind, now extremely jittery.

“But now? In front of everyone? I am close to getting caught. Even if I ask for forgiveness, no one will agree. They will handover me to the police. I better run,” thought Logu.

By now, Murugan had identified that Logu was the culprit. He couldn’t believe it. So far he had been trustworthy, but today he had broken the trust.

Logu felt very bad. He knew that he was going to get caught in the coming moments.

The hour hand had almost touched 5, minute hand 12 and the second's hand inching towards 12. Logu knew his good time was about to end. It was just seconds away.

He was prepared to run. His position changed. He had now made up his mind. He noticed that everyone was watching the TV, even the owner. He thought this was the right time to escape.

The TV went blank. The fans and the lights stopped working. The power went off.

“Oh. What happened suddenly?” asked one of the employees shocked.

"It’s okay. Now get back to business. We will see this after power comes back.”

Meanwhile, Logu was relieved. “Thank God. You saved me this time,” he murmured to himself.

“God saved me this time. But I have to do something before power comes back. I should silently escape saying that I am going for a loo break.”

Everyone went back to the kitchen to resume their work. Except Logu. He tried to go outside. He opened the glass door.

“Logu, where are you going?” asked Murugan.

Logu got shocked. He thought the owner suspected him and that’s why he stopped him.

He stammered a bit while replying. “Anna, piss anna,” said Logu. One could easily make out that he was the most nervous in the room.

“Piss or trying to run away?”  asked Murugan, calm and composed.

Logu got shocked. He now knew that Murugan knew that he stole it.

“Please forgive me anna. I stole it. I wanted to give some extra money for my mother’s treatment. I got tempted and stole it. Really really sorry anna. Please don’t hand over me to the police. I will give back your money and quit this job right now. I won’t come to this side of the town at all,” begged Logu, almost crying.

“Boys!” called Murugan. Everyone came from the kitchen and assembled.

“Oh no. Why did he call everyone? Does he wish to insult me in front of everyone? Shit. What to do?"

"Maybe I have to go through this. I made a mistake. Now I should face the consequences also,” he thought to himself.

“Extremely sorry boys. Actually, I took the money and had kept it in my bag. But I did that while I was on a call. I just now happened to see the money. Very sorry for disturbing you all. Please don’t mistake that I suspected one of you. You guys can get back to your work,” said Muruga.

Logu was totally perplexed by the situation and his owner’s words. He did not know how to react. Tears almost rolled down his eyes. He was so surprised that he wanted to fall on his legs and cry.

“Oh wow! Great anna. Good that the money is safe with you. It’s okay anna.  We will not mistake you. It’s your right to know about your money,” said one of the employees. Everyone was finally relieved and they left to resume work.

Logu stayed back. He was stunned by the happenings around him. That was when Murugan went and switched on the main power supply lever from the electric board.

Logu now knew that his forgiving owner had himself switched off the power to save him from the insult. His heart almost ached after the happenings.

He started crying. He fell on Murugan’s legs and told him “Anna, you are God anna. You are God. Please forgive me, Anna.”

“Dei, don’t make me God and all. I just didn’t want everyone to know about this. That’s all. I thought it will be humiliating to you,” said Murugan and lifted Logu up.

After a pause, Murugan looked straight at Logu's eyes and said “Logu, remember one thing in life. It takes a life-long to build trust but only one moment to break it. You are not just breaking the trust a person has on you, but also the person who trusted you. You are breaking their heart too. After their trust is broken, they will find it very hard to trust anyone again. You are punishing them for no mistake of theirs. So please don’t betray anyone’s trust. Hope you will not repeat this again in your life,” said Murugan.

“Never Anna. I'm extremely sorry anna. I will never do it again,” apologized Logu with tears in his eyes.

“Ok, now do one thing. Take that Rs 4000 and help your mother’s treatment. You can pay me later in monthly installments of Rs 500.”

“Dei, enough da. I am a good human, that's enough for me. Now go and fill the pakoda. Customers will start coming now,” said Murugan.

Sitting proudly in the owner's chair, he thought to himself, “Life always doesn’t give you a second chance. But sometimes people do. It’s up to you to make the best use of it. Not everyone makes use of the chance. But it’s still a risk worth taking. If it doesn't pay off, you end up having a lesson in your life. But if it pays off, you end up creating a good human being. In my early career, I tried to steal a jewel from a jewel shop.  My owner did the exact same thing that I did today. He didn't insult me in front of everyone, but spoke to me individually and advised me. He gave me a second chance."