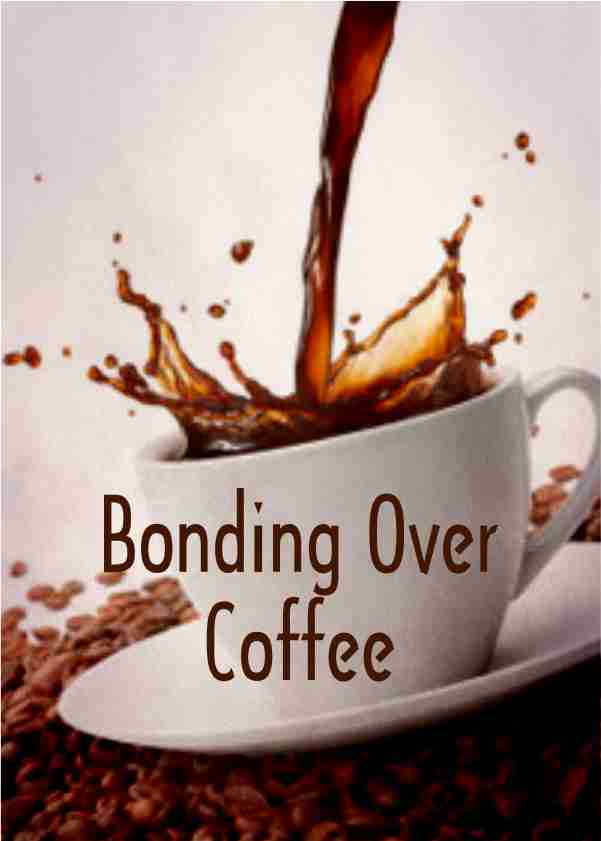 Rakesh and Trupti were lab partners when they were at their junior college level. Both came from conservative families in which talking to a person from the opposite sex invariably meant that you were interested in having a relationship with that person. Rakesh's father never talked to any other woman apart from his mother. Of course, he discussed professional matters with his customers in his shop. Rakesh's father was a grocer while Trupti's mother was a successful women tailor. Both were the bread earners of their respective households. However, for both, talking to the opposite sex meant that they were interested in that person. Therefore, both seldom interacted with the opposite sex other than for professional reasons.

Rakesh's father was a widower while Trupti's mother was a widow. Both of them were single parents. While Rakesh lived in a joint family, in his palatial house at Marine Drive, Trupti lived with her mother alone in a 1BHK flat at Mahim. Trupti travelled to college by train, while Rakesh's father had bought him a two-wheeler, which he used to come to college, from his palatial house in Marine Drive. Both Rakesh's father, Rajneesh and Trupti's mother, Rajini were unknown to each other and as things were, they would never meet. However, little did each of them know that very soon, they would become fast friends.

Rajneesh was a coffee drinker and so was Rajini. However, both of them had sacrificed their individual preference for familial reasons. While Rajneesh lived in a joint family, in which his brothers and other members of his family drank tea, Rajini had married in a joint family of academicians, all of whom were milk drinkers. She was the only homemaker in the joint family full of academicians. Of course, her being a homemaker did not mean that she was uneducated. She had done her Bachelor of Home Science and did excellent cooking. She was also an excellent women tailor.

That skill of hers came to her rescue, when she wanted to earn a living for both herself and Trupti, after Trupti's father left them alone, while she was in school. Trupti's family had separated from their kin, when Trupti's grandfather expired. He left after distributing his property between his children. He bought Trupti's parents a home in Matunga and to his other children; he gave the house in Kalbadevi, where they then lived. Rajini separated from her in-laws because from among her father-in-law's children, Trupti's father was the most capable of earning a livelihood for himself. Although, this separation brought with it, its own problems, Trupti and her mother got a lot of freedom after they separated.

Rajini started drinking her favorite beverage, coffee after she migrated to a nuclear family, however, Rajneesh did not have any such luck. He still had to drink tea. Both of them had started to like coffee when they were in college. They drank the beverage whenever they could. In fact, Trupti and her mother started drinking the beverage more and more after they went nuclear. However, Rajneesh had no such luck. At least not until he met Rajini. Both, Rajini and Rajneesh loved their respective children, Trupti and Rakesh very dearly. However, they took care not to pamper them.

Their meeting occurred one day, when Trupti and Rakesh's college organized a parent's teachers meet. Both the parents attended the event. Trupti was excellent in studies while Rakesh was good in sports, but average in studies. Rakesh had won the gold in college sports in the 100 meters race. Trupti on the other hand always won the first prize in debates whenever she participated. When each of the parents went to their respective teachers, they had words of praise for both Trupti and Rakesh. Trupti was praised for being a bright student while Rakesh was praised for being a good sportsman.

While Rajneesh and Rajini were leaving the college, they both saw each other at the gate. Trupti saw Rakesh's father first. Therefore, she introduced her mother to Rakesh and his father. They were about to go their ways when suddenly, it began raining heavily. Trupti and her mother did not have an umbrella. Therefore, Rakesh and his father decided to drop them to their house in their car and proceed on to their own. Rajneesh invited Rajini to join him in the front seat of the car. At first, she hesitated but then Trupti prodded her and she acquiesced. Initially, both Rajneesh and Rajini felt awkward talking to each other, but, after some time, they became comfortable.

As they were proceeding towards Trupti's house, suddenly, the car made a big noise and stopped moving. Rajneesh asked Rakesh to call a mechanic and give him their address. While the mechanic came, Rajneesh and Rajini decided to spend some time in a nearby coffee shop, drinking coffee. Both had seen the coffee shop at the same time and were overjoyed when the other suggested that they spent some time drinking coffee. Moreover, in the rains, a hot cup of mocha was always welcome. They entered the coffee shop and ordered two large mochas for each of them, while Rakesh and Trupti ordered two milkshakes for each.

Rajneesh and Rajini started talking about coffee and its origin. They had found something of common interest and were chatting away. Rakesh and Trupti, on the other hand, had not found any point of conversation and they silently waited for their milkshakes. Rajneesh and Rajini had BONDED OVER COFFEE. They promised each other that they would meet again, at a coffee shop and started leaving, when Rakesh announced that the mechanic had come. From then on, Rajneesh drank coffee whenever he met Rajini. They had now become friends. They had BONDED OVER COFFEE.