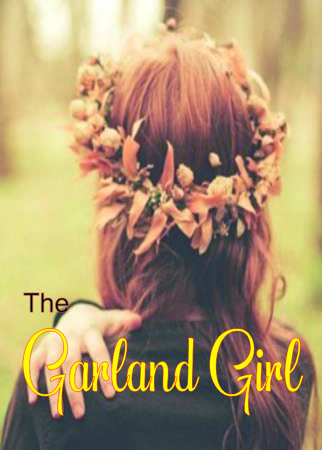 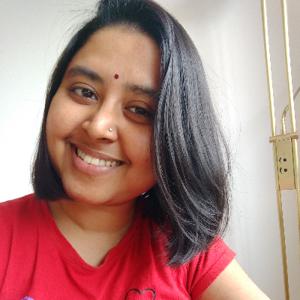 "I prefer to earn it. It makes me appreciate it more."

There was a girl who sold garlands below Manya’s apartment. She was around 12 years old.The girl stood at the entrance of the building from 7-8 am every morning. That was when almost everyone in that building rushed to their respective offices. Most of the time people bought her garlands to decorate the photo of their favorite deity inside the car. Some retired uncles who came back from their morning walks, bought her garlands to impress their wives. Manya had no reason to buy garland. But still she took one garland every day just to see a smile on the girl's face. People had different reasons to buy garlands and the little girl managed to sell all her garlands by 8 am everyday.

Everyone liked her pleasant gesture. She always smiled. That was the main reason they bought garlands from her. She captured their hearts with her sweet smile. They called her 'The Garland Girl'. That's how she was known among the Anugraha Apartments community. No one ever asked her name though.

It was heavily raining that day. Manya was surprised to see the garland girl standing at the gate as usual. She was holding an umbrella, but her tiny umbrella was not enough to protect the garlands. Manya opened the front door of her car and called her in. The girl refused initially, but on Manya’s repeated request she got inside the car.

“How many garlands do you have right now?”, asked Manya.

"I will buy all of those.”, Manya just wanted to save the girl from rain. She felt very bad for the little girl.

“But why?” Garland girl questioned Manya instead of being happy. Manya didn’t expect that question. She thought, the kid will happily hand over the garlands and run home with joy.

“Well, we have a small function in our office. We need flowers.” Manya gave her a random reason.

The garland girl didn’t look convinced, yet gave all the garlands to Manya.

Manya had a sense of satisfaction. She felt proud of herself for helping a poor kid.

She started her day on that good note and moved ahead for her first out of town conference.

“Where were you all these days didi? I wanted to give you something.” The girl said.

“Give me something?” Manya was surprised.

She took a small packet from her bag and extended it to Manya. Manya felt awkward to take it from her. But she didn’t want to hurt the girl either.

“Didi, I know you were helping me that day by buying all my garlands. I am really thankful to you for that. So I just thought to buy a small gift for you.”

“Hey that is fine girl, I actually needed those garlands.” Manya said with a tint of guilt and remembered that those garlands were still lying on the back seat of her car. She simply forgot to take them out.

“I know you are feeling guilty to take a gift from me. You think I am poor right? It is not so. My elder brother manages to earn for basic needs of the family. My mother gives tiffin service to a construction site. This is just a small contribution from my part because I love making garlands.

My father gave us an advice before he passed away. He said,

“Do not ever live on anybody’s sympathy. Whatever work you know, earn a living from it. Poverty is not about lack of money. It is all about unwillingness to work hard and expecting someone else to help you all the time.” So we are not poor didi. Infact we are rich with self esteem." She said with a proud smile on her face.

Manya had no words. She felt huge respect for the 12 year old girl whose had a matured mindset with so much of values. She felt privileged to accept the gift from the garland girl. It was a beautiful green highlighter.

"May I know your name little girl?" Manya asked.

"I love to be called as The Garland Girl."

The Garland Girl continued to spread the fragrance of flowers all around.