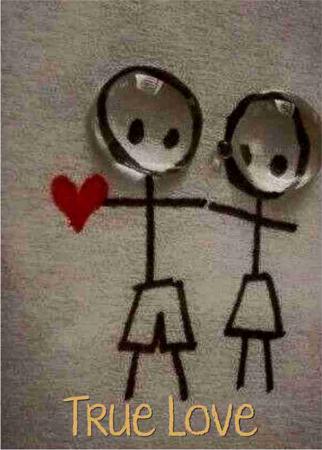 Being a diehard fan of Jane Austen's works I had always fantasised being Eliza Bennett, her protagonist from Pride and Prejudice. I had the typical high spirits, intellect and a sense of humour. I had yearned for a late Mr. Darcy as my life partner. Someone to match my intellect, woo me and carry me away to wonderland on his steed a large Lochinvar style. But nothing dramatic took place. It was a simple arranged marriage with no prior meetings or dating.

I was a bit heartbroken but my better half was well educated and liberal minded. The sense of humour and romance was missing. He hated any kind of PDA. I settled down but always found married life insipid. I had never received those love letters, gifts or nosegay and the feeling that he didn't care was etched on my mind.

He was reticent and a workaholic, such frivolous things were not his cup of tea.

But soon I saw a different side of him. I became gravely ill and was hospitalized. Surgery was the only option. He took an immediate decision, with no family members around he managed the scene. Right from admission, surgery to post on care. He stood by me, became like a zombie.He didn't bother about his food or sleep but getting me back on my feet. Surgery demanded blood transfusion and without any ado instead of buying he donated his as our blood groups match.

Surgery was successful and I was discharged soon. Post operative care is demanding but unflinchingly he coped alone. He took a month's leave from work and nursed me back to health.

All my whims and fancies during sickness were taken care of and soon I recuperated.

I rose like the Phoenix from the ashes. This incident taught me PDAs and materialistic things are no yardsticks to measure love.

So today his love has helped me to get back on my own feet and live life. Adversity makes love stronger.