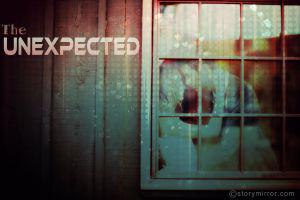 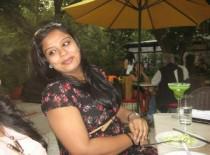 The dream from last night did not let Anisha to focus on anything but him. It was not the first time, though. She had been dreaming of him almost every other night, especially since the day when she had decided to break all contacts with him. The frequent dreams could be blamed on her decision to not think about him at all, during day time. It was in these dreams that her thoughts, her expectations, her desires and her love found a vent. She knew it well that they both were not meant to be together and she had come to terms with this fact. She never told him about her feelings, never even once in the 2 years since she realized about her feelings for him.

But today, she decided to meet him, tell him and get done with this whole thing, once and for all. She has tried everything in her capacity, in the last two years to forget him and get past his memories. But it is possible to keep the memories locked away only for some time, they come back suddenly to you with a visceral force, like a storm and then you're back to square one. Same was the case with Anisha. However, it was not possible for her to take it anymore. So she thought that maybe when she'll hear it out from him, she will let go off of that invisible thread of hope. Perhaps, she'd been hanging on to it for too long.

She called him and asked if she could come to his work place and meet him. He was his usual chatty self. Last time she checked, he avoided her for no good reason and yet he behaved so normally on the phone. But of course, he might not even remember it. In fact, she was sure that he didn't and even if he did, it didn't really matter to him because he was indifferent towards her. The love she had for him was directly proportional to the indifference he had towards her. When she reached, she realized that no one else was there except him. She wondered if it was a holiday. Oops! It was Sunday, she realized. Of course, the office was empty. Did that also mean that he came there to meet her especially? Not that his home was very far away, but still he could have told her on the phone. Anyway, she left her thoughts hanging and entered into his cabin.

He welcomed her warmly. He asked her about her well being and other things like college and studies. But she could not focus on these things. She was meeting him after more than 2 months, she was hyperventilating and with what she had on her agenda, she was bound to not pay attention to such things. However, he realized that she was being bugged by something and asked her if everything was fine. It was her chance to speak. For some time she could not say anything, she didn't know how to, but she also knew that if she didn't do this now, maybe she won't be able to do it ever again and her life depended on this moment. She needed to hear him reject her and her love. Finally, she began to speak, keeping her eyes glued on to the floor: "No, everything's not fine. I know this will come to you as a shock and something that you wouldn't even have imagined even in your dreams. But I want you to know that I Love you. Yes! You heard it right, I love you. I've always loved you. And I know you don't. I've known this all along and that's the reason have never told you about it in the past two years. I always knew that we two can never be together. There was no point in telling you and ruining whatever relationship we had. But today; I'm here in front of you, telling you about it. It's not because suddenly I believe that we two can have a future together but this is because I want my stupid little heart to feel your rejection and give up whatever hope it has. I want it to be sure. Maybe this is the only way to move on. I never told you before because I was scared. I was scared that I would get hurt. I was scared that you'd make fun of my feelings like you did when Aashna confessed her liking for you. We can never truly understand the depth of the other person's feelings for us. And I don't even want you to; I just want you to state out the reality to me. Maybe I'll be able to believe in it when I'll hear it from you. There's so much I want to say to you. But I'm worried if that will make you feel guilty, when it shouldn't or that it will make you laugh. I'm worried that it will make you feel that I'm begging for your love. I'm scared that I'll cry. I'm scared and I'm worried."

She had still not looked up, into his eyes. She didn't want to. He didn't say anything. The silence between them was stretching and it was making her uncomfortable. When she could not take it anymore, she finally had to look up. His expressions were grave, eyes serious as if he was deeply hurt. She wondered if she had offended him. She never intended to. But she didn't know what to do now. Unknowingly, she walked towards him; still unsure of what to say. But, his silence was unbearable so she began "I'm sorry, I di--", but was cut off mid sentence as his lips claimed hers, along with her body and soul. At first, it was urgent; it took Anisha 2 whole minutes to understand what was happening and respond. And then, it was passionate. His tongue invading her mouth and her response could not have been better. He pulled her closer and closer, crushing her body. His hands on her waist, moving along her back, every now and then. And hers, in his hair. It was the first kiss of her life and it could not have been better. When they pulled away, they were both breathless and none of them said a word. Suddenly, her phone rang. It was her Mom. She said "I've to go" and started walking towards the door. He didn't stop her, and she didn't.

While driving back home, her mind replayed every moment from the past half an hour, a million times. She could not comprehend anything. She didn't understand what just happened. Was it a beginning or was it THE END? But, one thing she was sure about; she had rightly named him "Expect the Unexpected". And she couldn't help but smile at that thought.