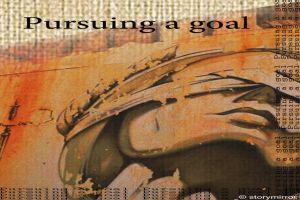 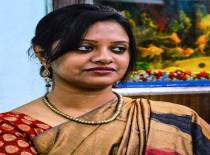 Mahi sat all alone at Juhu Beach and pondered over all that she had been doing for the past three years. She had left her home in Assam’s Brahmaghat when her parents had decided to get her married to some NRI engineer. She knew she had hurt her parents, but she was in no way ready to get married to a stranger. Mahi had just completed her post graduation in Mass Communication from Tejpur University, and at that time, Mumbai seemed to be the best option.

Mahi smiled remembering the anxiety and insecurity she had felt when she had first set foot in Chhatrapati Shivaji Terminus three years ago. The only other relatively big city she had been to before coming here was Guwahati. Mumbai seemed to be different and busier, and it took a while for her to figure out what to do. Life however had been good to her and she had found accommodation easily with a few seniors from her college who had moved to the city a couple of years earlier. Her determination and sincerity helped her get a job with a television production house, Clarion, and Mahi felt like a free bird. She knew she had to reach the top and put in hours of hard work.

Just a year in Mumbai and Mahi had started feeling at home. But just as she seemed to be settling down comfortably, one fateful phone call disrupted her world, and Mahi felt happiness was not meant for her. That had been two years ago.

Today she felt a sense of loneliness when she saw couples and families ushering the New Year. Never in the past three years had Mahi called her parents. She felt they had betrayed her and tried to stifle her dreams. She hugged herself, “Happy New Year Mahi. This year, your dream will come true. Rasika Di, you will get your gift this year.” A faint smile appeared on her lips.

On reaching her flat, Mahi made a cup of coffee for herself and decided to do something she had been doing for the past two years. She opened her laptop and researched the one man who had stolen her peace.

Somewhere in Delhi, a young man was shouting at his staff'. “So what if it’s New Year? I mean, with whose permission did you guys plan a party here? Answer me, damn it!”

Veer Khurana, the thirty two year old media baron and owner of the channel, Bharat Live, had only one passion - work. He had a very flexible sense of ethics and morality when it came to business. He wanted results and would do anything to get them. The phenomenal growth of his channel, Bharat Live had been in the news for a while. He was a loner, and preferred to keep away from social events. However, when he did attend any, he always had a different woman by his side, and was labelled a Casanova. Veer wasn’t bothered about speculations regarding his personal life. Even though he was in the business, he successfully stayed away from all the glamour.

His tough front was a facade for the hopeless romantic within him. He wrote poetry, and thoroughly enjoyed a good story. Reading his deceased mother’s diary years ago, had shaken him, and he had gone into a shell after that. He feared that exposing this sensitive side of his character would make him vulnerable, an easy prey to schemers. So Veer built himself a fortress of solitude and carefully guarded it. He dated a number of women - there was no dearth of interested candidates, but never let any of them get close to him.

‘Good Morning Mahi….’ Mahi hugged herself next morning and looked out of the window for a while.  ‘This year you will not cry. Promise yourself that you will make 2012 your year.’

She lit the stove and checked the newspaper. ‘If the All Channel’s Annual meet is in Mumbai, then I am sure he will also be coming here…’ A sly smile twisted her lips and Mahi chirpily said to herself, “This really seems to be my year. Now I need to make sure I get an invite. It is time to meet him.”

Veer’s grandmother caught him sleeping with his head on his work desk in the study at home – he hadn’t gone to bed all night! Waking him up gently, she said, “Veer beta, if you work so much, you will fall sick.”

Veer placed his head on her lap and said, “Dadi, can’t you get back earlier from your teerth yatra?”

“What difference does it make Veer? In any case you spend most of your time at office, and you don’t even listen to me when you are at home.”

“Dadi, it’s New Year. At least don’t scold me today! And I am leaving for Mumbai tomorrow, so I will drop you at the station this time.”

“Veer, this year I I hope to see you married.”

Veer knew it was no use arguing with her and with a smile called his trusted assistant Shaan.