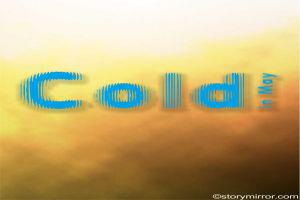 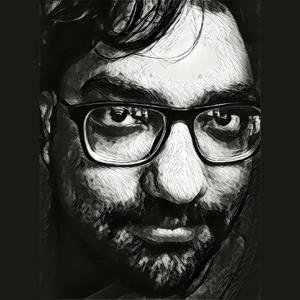 The hot summer wind danced among the heavy curtains. Rick's room was filled with stale air. From all the furniture he could find, Rick picked the coffee table and folded himself on it. Wrapped in his brother’s favorite red sweater, he was staring blankly at the clock. Tik-tok, tik-tok, time ran in repetitive circles. As the needles reached 11, Rick jumped up and ran to the window. He was waiting for his brother to come home from college.

Rick stomped off to the sofa nearby and threw himself on it. The door opened and his mother walked in.

"Is he here yet?" Rick asked with a childish excitement.

His mother looked at him with a sorrowful smile. There was empathy in her eyes.

"No, he isn't," she shook her head. "But your doctor is here. Will you see her today, please?" She pleaded.

The doctor came in then. "Do you remember me?" She asked.

"No!" He shook his head. "Do you know where my brother is? It's December first, he should have been here by now."

His mother walked out of the room slowly as the doctor sat beside Rick.

"It isn't December," she said softly. "We talked about it, remember? Today is the nineteenth of May."

Rick looked at her with widened eyes. "That can't be true." He insisted. "It's December. Today is when he returns home."

"I am sorry to do this to you all over again! But there are a few things that I have to make you remember, for your own good."

Rick jumped up and ran to the window. He peeked out to check if his brother's car was coming in. The warmth of May violated his face. The doctor had turned the A.C off by then. Rick turned to her and trembled. His face turned red at first, and then lost all its colors.

"This makes no sense to me," he shouted. "Why is it so hot in here?" Rick took his sweater off and threw it on the bed.

"Try to remember now," the doctor said firmly. "What happened in December?"

For several minutes, Rick stood there, perplexed. Then, very slowly, he started to take backward steps and stopped when his back hit a wall. He slid over it and sat on the floor. The memories of December came rushing back to him. He started sobbing.

The doctor ran to him and forced him back to the sofa. "Do you remember now?" She asked, softly.

"I do!" Rick cried out loud. "I was driving the car that morning," he took a pause and stammered, "I couldn't see the truck behind me. It was my fault. Rick is dead beaca..."

Before he could finish the sentence, Rick's face stiffened and his entire body started to shake brutally. A swing of his leg hit the lamp beside the sofa, and alerted the entire household. His mother came rushing in and saw the doctor calming her son with an injection. Rick's body shivered a few times, and then came the calmness. He was in a trance. Life and death became extraneous.

"No improvements?" His mother asked with much pain.

The doctor shook her head. "I think it's time for us to consider taking him to a proper hospital."

"But he is all that I have left, doctor." Rick's mother murmured, but loud enough for the doctor to hear. "The accident killed my elder son, and the news took away my husband. He is the only family I have left."

The doctor walked towards the ailing mother and gently said "Ma'am, I understand your situation. It's unfair that you have to face all these miseries in one lifetime. But by this point, he doesn't even know who he is. He can't accept the fact that his brother Rishi is no more. Even if he can remember the accident, and the death that followed, he can't fathom that Rishi is dead. Rick, for that reason, has started believing himself to be Rishi. In his mind, Rick is the one who died that day."

"I have one dead son, and the living one believes that he is the one who..." her voice choked. She sat beside Rick and put her hand on his head gently.

A long sigh of despair came out from the young doctor. The air of May gushed in through the curtains and floated between two ghosts of people and a lost doctor.