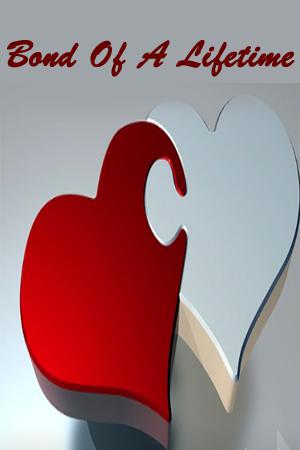 "What do you mean by saying that you can't marry me?" Neha yelled at Aarav, "we have been living together since last 3 years and now you are saying that you are going to marry some girl of your parents choice!"

"Mine is an orthodox family." Aarav said as he stuffed his things in a bag without looking at his infuriated girlfriend, "my parents will die of a broken heart if they ever come to know that I am living with a girl. They want an ideal Indian daughter-in-law who can take charge of the house and the family."

"And how do you know the girl will meet the expectations of your family?" Neha smirked. "You have never met her."

"My mother knows her." Aarav projected a confident face, "she's is the daughter of her close friend."

"Oh I see!" Neha crossed her hands over chest, "so the two families are going to merge their business establishments as one as it is the only ray of hope for the sinking business of your father. And this alliance will pave way for it."

"How can I even trust you, Neha?" Aarav was evidently irritated, "if you can live with me without a marriage, you may have done so with lot many others. And God knows, even after our marriage you will continue to do so behind my back."

"What!" Neha was baffled for a few minutes. But then she regained her senses and pulled out her mobile phone, "you know what Aarav, I have tolerated enough of your non-sense, but now it's payback time."

She punched a few numbers on her phone and held it to her ears.

"Hi Mom," Neha said into the phone as soon as her mother picked up, "I am ready to marry the boy of your choice. Yes Mom... I am coming home right now."

She hung up and with one angry stare at Aarav she stomped out of the house.

Aarav and his family were warmly received by the girl's family. They seated them in the luxurious parlor of their huge bungalow. To impress his future in-laws, Aarav had dressed himself smartly and fixed a polite smile on his face. He made a pact with himself to project a suave demeanour and not to stare at the girl in order to avoid creating a wrong impression about himself. After exchanging greetings with each other, the girl's father asked her mother to bring their daughter to the parlor. Aarav kept his eyes low to appear modest when he heard the tinkling of anklets of the girl as she stepped into the parlor.

"How beautiful she is!" Aarav's mother shrieked, "you will definitely like her. Have a look at her, Aarav."

Aarav reminded himself of the deal - 'not to stare at the girl for long.' He raised his eyes slowly promising himself to take his eyes off her within a split second, no matter how beautiful the girl was. But when his eyes met that of the girl's he got the shock of his life. His face turned pale and slipped back on the sofa by the impact of the shock.

"Neha!" His lips could murmur only faintly audible words, "it's you!"

Bond Of A Lifetime