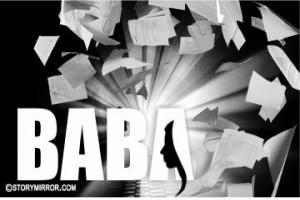 Hina   couldn’t believe her eyes. How could she be so fortunate? This was all beyond her imagination. This was the place she had dreamed about since childhood, but she never expected this dream to become a reality. Her father, school master Ghyas-ud-din had told her so much about this place that she felt she had already seen it many times ,and yet this was the first time she was actually visiting here .Father himself had been here only once but constantly sang its praises ,and described it so vividly in detail as if he had visited there countless times .It was no hidden secret that father was terribly in love with the truly dedicated, sincere and graceful leader of this country ,who slept peacefully In this beautiful tall graceful mausoleum nestled in the heart of Karachi. Hina also felt a strong connection, a magical bond with the amazing leader, the founding father of Pakistan, just like her own dad. Perhaps   her dad had transferred his own love for the leader in his daughter’s heart so strongly that she felt as close and connected as he was. She couldn’t separate herself from the two.

White as a swan, towering, grandiose fabulous looking, marbled, maar-e-quaid-e azam standing in front of her, was enough to mesmerize her with its beauty and its charm. She started hopping and climbing its stairs in a childlike manner, which made her husband of few weeks, Mushtaq smile and reprimand her casually as if she was a silly little girl and not a mature married woman, whom he had brought to visit the shrine on their honey moon.

‘’How blessed I am to have a good husband like Mushtaq’’. she murmured to herself. He had brought her here, because that’s what she had desired. He took a day off from work, spent money on the bus ticket, and was now taking her around to see the mazar and enjoy its surroundings. What more could she ask for? In   her heart she was eternally grateful to him. They had just been married, and he had been sweet and kind to her. She was confident that they were going to have a beautiful and blissful married life together.

‘’wow, what a lovely place it is, Mushtaq…lush green lawns, dancing fountains, crowds of happy people, everything looks so great, right?’’She squeezed her husbands’ hand and whispered.

‘’I am really missing baba today’ ’her eyes started getting misty.

‘’Yes, me too.’’Mushtaq replied. Everything here reminds me of him. He sighed and started remembering, in his school days, Hina’s dad school master Ghyas-ud –din was the only teacher he would frequently visit and do small chores around his house. Luckily master sahib and his wife both approved of him totally, as they considered him a respectful, obedient and responsible young man, unlike others. This was when Mushtaq,s family came to their house with a marriage proposal for their daughter, they didn’t hesitate to accept it. Soon Hina became his bride and came to live in Mushtaq, s’ house in the adjacent neighborhood in the city of Hyderabad.

The mazar was very impressive from the inside as well. Strong, big, tall walls of dull white marble, and the huge, luminous, sparkling beautiful Chinese chandelier gave it a majestic look. The soft ambience made its presence dreamy and   ethereal. Hina believed she had never seen anything like that ever before in her life. When she attempted to look upwards, the sheer black georgette veil of her burqa slid down down her lovely face, at which her husband couldn’t stop himself from smiling and patting her shoulder lovingly, which made her once again tighten her veils’ straps under her chin carefully. Suddenly she put her hand in her purse ,pulled out something and started stroking it gently.

‘’Oh you brought this with you too? I am not surprised’ ’Mushtaq said sweetly, taking it from her hand and looking at it with interest. He held the little green book firmly reading the title out aloud, ‘’Sayings of the Quaid-E –Azam, Muhammad Ali Jinnah.’’.

‘’Mushtaq, do you know this was the most favourite book of baba, my father? It was its constant companion, and prized possession.’ ’Hina asked her husband. Well I thought, why not take this book along and let her pay its respects to the quaids shrine too? ’she exclaimed sheepishly.

‘’You and your silly thoughts..but if that’s what you like, I have no problem with it.’’Mushtaq grinned.

‘’Well all I want to do is hold  this book  and let it feel the tomb’ surface, I am sure this will make baba happy in the heavens above’’ .She chuckled and started to proceed towards the mausoleum

‘’Where are you headed bibi? You are not allowed to go inside. ’The guard on the mazar’s entrance pulled his hand out to stop her. Mushtaq hurriedly pulled her back and put his hand around her shoulder in a protective manner.

‘’Everybody, please step back, don’t go near the fence, its not permitted.’’he yelled. Everyone  retreated and started praying, offering the fateha from  wherever they were standing. Perplexed Hina looked at the guards  for a moment and thought ‘’I wonder if these uniformed, gun bearing, disinterested looking  guards even have the slightest idea about the great man  whose tomb they are guarding  here? Were they even slightly aware of his thoughts, ideologies, and mission of life? what great task he had performed for the muslims of the sub continent? Maybe only my baba knew what the quaid really stood for? What personal and political sacrifices he had made to achieve his goals?

‘’How I wish master ji would be with us today’ ’Mushtaq said while sitting down on the green ground still gazing at the mazar.

‘’He surely would have been with us if it weren’t for the terrible bomb blast’ ’sighed Hina. He had promised to come with me to the quaid, s mazar this year, and you know baba always kept his promises.

‘’In the classroom masterji often told us stories of the partition of India and how mankind suffered on both sides at the hands of heartless, crazy, fanaticism. How hordes of people were slaughtered without mercy.’

‘’Honey why don’t you show me some mercy and bring me something to eat or drink? Haven’t had anything for hours my sweet husband….’’Hina nudged him in a loving manner and winked naughtily.

‘’Well, I guess you are right, sorry my dear, let me go get something for us, I now realize that I myself am feeling hungry too.’’Mushtaq got up and looked around. He didn’t see any cafeteria or canteen so he thought he would go and search for one.

‘’Don’t worry, dear I wont budge from this place, and don’t forget to bring me samosas, ok?’’she smiled re assuringly and started looking at the groups of people,who were strolling in the walking tracks, discussing country’s present  condition and turmoil.Same old story, as baba used to say. She thought to herself.

After waiting for half an hour, she got restless and got up. What was taking him so long? She wondered. Maybe I should go and look for him myself. Thinking this she started walking in the direction that he had gone. Suddenly she realized that she was standing in front of the lower part of the tomb, which appeared to be dark and mysterious, yet inviting and exportable.

‘’Why don’t I just step in for a minute and take a look at the real resting place of the father of our nation? I ll come out before any one would notice, thinking she kept moving slowly and care fully. The air inside felt damp, cool and comforting, as if the quaid s’ hand had gently caressed her face. She closed her eyes for a moment and smiled to herself. Standing at the foot of the tomb, she said, Salam and then started offering fateha with her eyes closed and touching the beloved grave with the little green book she had been carrying all along.

She felt a slight noise in a dark corner, which startled her. What was that? She wondered. All she could see was a uniform, its shiny buttons and big heavy boots. Sprawled all over a charpoy barely visible in the dark. All she could think was to run and get out from the place, as it was sending a chill through her spine and giving her an eerie feeling about the place.

Before she could even think, someone pounced on her, nailing her down to the charpoy kicking and slapping her with full force. She felt jolted. like she was going down in an earthquake, or being swallowed up by a fierce tidal wave, pushing her all the way to the bottom of the ocean, dozens of ferocious dogs were chewing up her bones, and wolves were feasting on her flesh. Millions of termite were hollowing the walls around her, making her feel bare and un protected. The dust mites were succeeding in suffocating the breath of all the books written about the quaid, sitting on the shelves of libraries around the country. She could see nothing except the guard and the gun, which lay next to her amongst all the turmoil.

The little green book s torn pages flew all over the tomb, while the Quaid slept peacefully. The storm had stopped, THE wolf had left the green pasture, as she lay there was all alone, with a broken spirit and a torn heart. She tried to pull herself together and looked around. OH God, she was so close to the quaid s tomb. A feeling of shame and embarrassment came over her and she tried to cover herself every way that she could. Slowly she dragged herself from the floor.   Baba’’ she murmured. Suddenly she felt baba s presence around her which was comforting and supportive. She felt his gentle touch and firm hand on her head.’’ Baba----I knew you would come and help me’’----Baba.she whimpered. Peering in the dark she got up and started moving ahead, following the little streak of light, that shone through the dark passages and corridors. Holding the torn pages of the little green book titled ‘’ sayings of the quaid. She kept on going till she found a way out, baba..thank you, she smiled and saw the shining sun smile back at her .Wait a minute…she stood there thinking ,,,my baba was never so tall, slim and frail…