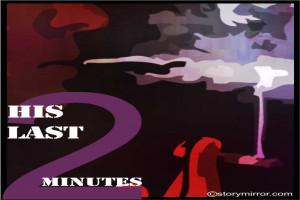 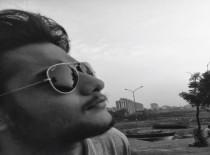 As he picked up his phone, he lit up a cigarette. He called his dad. He knew this moment would come. He had foreseen it decades back in a casual conversation with a friend. He couldn’t even recall the friend's name but remembers the conversation exactly as it happened.

"If I tell you, you have just two minutes of your life left with you, what will you do?" the friend asked.

"I will smoke" he said, with a stern face as if asking if that was even a question. Today was different, though. He had no guilt. He was not one of those who regretted his decisions and certainly not when he was dying. He knew this cigarette was the very cause of his nearing death; he smiled through his last rings nevertheless. But somewhere deep down his heart, he wished he could have met his father again. With all these thoughts flashing before him, his father picked up the call.

Father: "Son, are you okay? Did something happen?"

He: "The doctor tells me I have very little time. I know it is the worst time to call. No parent should ever see his son die. I had to let you know for I don't say this enough." Father: "The doctor? Where are you? What happened to you? Wait! I will take the next flight and be there before the Sun comes up. And don't worry, everything will be all right."

There was no response. The cigarette butt fell on the floor and so did the phone from his Father's hands.