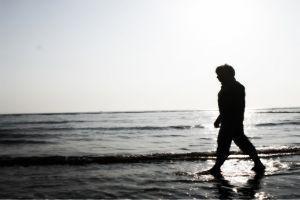 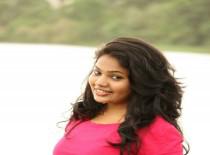 They were classmates; Ria was a cute, carefree girl and Yash's high school crush. He, being shy and innocent, was too hesitant to speak to her. They graduated from high school and got into their respective degree colleges. When after a year, she receives a text from him on Facebook.

Ria being too ignorant didn't bother to reply. The same night he buzzed again, and she did the same thing. The third time when he texted, the guilt factor in her aroused and she replied him with a "Hi!"

The moment she replied, he showered her with all his questions.

They had a chat for an hour or so, got to know what they were currently doing, exchanged contacts and she logged out wishing him good night. It seemed a little weird to her that a guy from her school who never actually spoke to her is now blabbering all around. "Why is that so?  Umm..never mind!" and she went off to sleep.

The next morning, she was getting late for her college and her phone beeped. It was him, wishing her a pleasant morning. They had a chat for a while and she reached college. This continued for a week. they kept chatting, before lectures, during lectures, after lectures, morning, night and all the time. Ria was unaware about his feelings for her.  He liked her since high school.

One fine day, he gathered all the courage in the world and decided to tell her how much he loves her. And he did. He wrote to her, his feelings, how his crush turned into a strong feeling which could be termed as love. In her reply, Ria sent him the laughter smiley.

He asked her, "What is so funny about that? I just confessed my love to you."

Ria said, "I didn't know that was coming, it’s a little weird to me and this love thingy is not my cup of tea."

She was never interested in him. She never took Yash seriously. She started gradually ignoring him. Whenever he used to call her, she used to pass on her phone to her friends and tell them to lie that she was busy and not around. At times, she used to answer his call and pretend there is some network error and kept on saying, "Hello?  Hello?" And finally ending the call. She was being too rude doing that. But then, she was not ready for it, not ready for love.

He kept trying, she kept ignoring.  She used to reply to him whenever she felt like and never used to answer his calls. She didn't hear anything from him for two days. And with the thought that he is done trying and won't irritate her again, she was relieved!

The third day when she came home from college, her mother was talking to one of her friends over the phone. As soon as her mother kept the phone, Ria enquired, "What happened, mom?"

Her mother said a guy named Yash in Mehta Aunty' s locality had expired in a road accident the day before.

"Oh sad, life is too unpredictable these days," She said with a sigh.

"Yes, it is!" her mother responded.

She knew something bad was coming.

"Yash? What's was his last name?  Was it Yash Varma? She questioned her mother in a horrified yet sad tone."

Ria was expecting a "No" from her mother, but sadly it was a "Yes."

As soon as she heard that, her heart clenched, she didn't know how to react, she couldn't believe that he was dead. She ran up to her room and got her phone and visited Yash's profile. There were wall posts from his friends and relatives, praying for his soul to rest in peace.

Ria was shocked. All the things flashed across her mind, right from his "Hey", to his confession, him being crazy, and her ignoring him.

Her inner voice spoke to her, "You wanted him to be out of your life, he made it better for you, he left the world."

He was gone now, and there she sat, staring at her phone, with tears in her eyes.