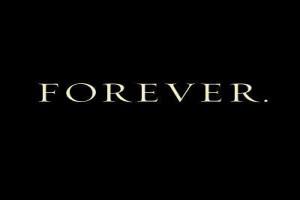 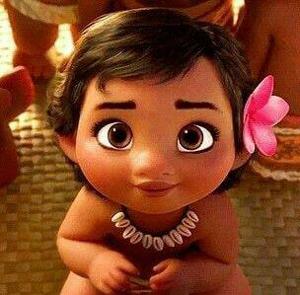 The meeting was important and interesting. She wondered why she could not focus. It had been some time since she had experienced this lack of concentration.

“Message from Jai”, read her phone screen as the device vibrated and the screen lighted up.

She instantly looked back up. Not now. Not in a meeting.

A few minutes of failed-attempt-at-concentration later, the screen was swiped open with a sigh of resignation.

“Yeah sure. I’ll make dinner. See you!” her fingers ran over the keypad.

Time passed in its usually busy manner, and yet, there was something today, some sense of foreboding which was she was unable to shake off.

Around 8:00 p.m., she stepped out of the office, issuing last-minute orders, grappling with the work files she was taking over for the weekend and calling for a taxi, all at once.

Snaking its way through the evening traffic, it was 9:00 p.m. by the time the taxi dropped her in front of her flat building.

10:00 p.m. The doorbell rang. Punctual as always, she rolled her eyes. He came in, hugging her and planting a light kiss on her cheeks.

“Have dinner first’, she said. The dining table had already been set and as he sat down to serve himself, she brought him warm fresh chapattis.

Conversation, ensued over dinner, as it normally did. His work, her work, poetry, spirituality, gossip, a few jokes.  But she could sense something wrong, he was not okay, there was something disturbing him, she could feel it.

They sat down on the sofa in her hall after dinner.

“Tell me”, she said, her voice steady but her eyes betraying the fear her heartfelt.

“They…..um, well…it,” he stuttered to a stop. She inched closer to him, placing her hands over his.

Taking a deep breath, he continued. “I didn’t tell you, but marriage proposals have been coming in for some time now. Ever since the first proposal came in, I have been considering the future course of action. I was going to talk to you about it last Saturday, but Esha called me just before I was leaving to meet you. She said that she had tried in an indirect manner to approach Ma and Papa about it, you know, trying to gauge their reaction.” She nodded, encouraging him to continue and yet wishing he would not say anymore. She knew what was coming.

“Their reaction has made one thing very clear. It will be very difficult to bring them around to the idea. And even if they do agree, and even if we do get married, your life will be hellishly tough. The last thing she told me was that if I love you I should let you go because for you to adjust to our family lifestyle, with your upbringing will be a lifelong struggle”.

A barrage of emotions ran through her. Anger, excruciating pain, an urge to scream, confusion, denial, and above it all, immense love for the man sitting beside her.

“So, it’s not even worth a try?” she asked, surprised at her own composed exterior.

“I rely on my sister’s judgment. Had there been the slightest hope, I’m sure she would have given me a thumbs-up. But after what she said….I love you too much to let you……” his voice trailed off.

His red eyes and the hard lines on his face revealed the pain of his internal strife. In a swift movement, he pulled her into a bone-crushing hug, his arms encircling her entirely and lifting her off the sofa. She ran her fingers through his hair, took in his scent, every pore of her body struggling to restrain the tears.

He pulled his face away, looking into her eyes, his lips seeking hers, kissing feverishly.

Neither of them wanting to let go. She wished she could spend the rest of her life just there on the sofa, lying in his arms, running her fingers through his hair, over his coarse beard and feeling so … so … complete, so content.

They remained that way for a long time. Hours fading into minutes. It was around 3:00 a.m. when they tore themselves apart.

“Just don’t be rude enough to not call me to your marriage and don’t be reckless enough to meet me before either of us gets married”, she said, trying to smile, as they walked towards the door.

He pulled her in, for one last hug. “I love you, I love you Aditi. I always have and always shall. Just remember that, okay?” he whispered before he left. Not turning back, not once.

She kept looking at him until he was out of sight. And then, she broke down, her body wracking with sobs. “I love you too Jai”, she whispered, over and over again.