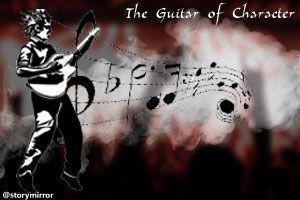 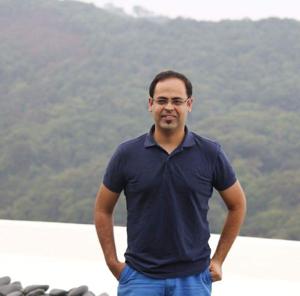 “I'm worse at what I do best
And for this gift, I feel blessed
Our little group has always been
And always will until the end.”

The crowd was roaring and headbanging along with the amateur band who had just finished their rendition of the signature Nirvana number, ‘Smells like Teen Spirit'

His band ‘Phoenix’ was competing in the ‘Battle of the Bands’ at Baga beach, Goa. They were not an experienced band, and getting an entry to the competition itself was quite an uphill task, especially considering the inexperienced members of the band.

Since their performance was a wild card entry, David thought it would be a good opportunity to surprise his parents. So, he had planned to take them directly at the venue on the D-day. He could not have ever imagined that he would be in for a shock just before the event.

Few hours before the event was starting, David, with his band members was doing his last rehearsal at a friend’s garage room. Abraham, his father, enters the garage. He looked red with fury, and as he marched towards David, there was a perceptible tension in the room.

He paused for a moment before David and slapped him with all his might.

The slap was nasty; it was amplified by the microphone and the silence. More slaps followed before Abraham finally broke down, and said,

"You terrible piece of shit. I trusted you with all my guts. And yet, you have shamed me."

He was suspicious since the day he saw some search results related to marijuana on David’s laptop for a brief moment before David appeared before him. From then on, he started keenly observing his son.

David would be home late many times after his guitar practice sessions, looking jaded. His parents would think that it’s his friends with whom David was practicing.

Abraham wanted to confront him, but he knew his smart son would come up with some excuse and convince him that it was a false accusation. So, he wanted to catch him red handed.

And one day when David was out, he checked his wardrobe and found a packet of weed stuffed up beneath his pile of clothes. That was it.

Back at the garage, here was David sitting at the door with his bruised lips after the flurry of slaps from his dad. As Abraham was still questioning his fellow band members, David sat dismayed knowing that all the blood and sweat his band had put up was about to go down the drain. Suddenly, the years of preparation and hard work came by flashing in front of his eyes.

David always wanted to be a guitarist. Since the time he had seen the black electric guitar first time on MTV, he had fallen in love with the instrument.

He was fifteen when he insisted on learning guitar. It took a lot of time and persuasion from David and his mother, Annie in convincing Abraham that David takes up guitar lessons.

As it turned out, David was a natural with guitar and within a few months of learning, he started playing many of the signature rock tunes with a flair. By the time he turned twenty-one, he had finished his graduate degree, but his heart was somewhere else. He was passionate to form a rock band. Just that he never mentioned it to his parents. He was well aware of his dad’s opposition.

Abraham never thought any good could come out from music. He had known many kids going gaga over learning musical instruments to the extent they did not even complete their basic education. Only to realize that the craziness was not worth it, and there was just too much completion out there.

Also, he was aware, how, many of the rock stars, the world over, have been victims of drug abuse and have ended up in long periods of depression. And, quite a few of them had even killed themselves. He got cold feet each time he imagined David to end up like one of them.

It was the time when grunge rock movement was at its peak. David’s cousin, Remo, was living in Seattle, where the grunge metal had its roots. He was of the same age as David and used to get latest rock CD's for him whenever he visited Goa on holidays. David became particularly influenced by Nirvana's Nevermind, Pearl Jam's Ten and Stone Temple Pilots' Core.

Rock music was his refuge as a teenager when he could no longer bear his parents fight over stupid things, day in and day out.

Rock was his savior when his first girlfriend dumped him for a stupid but rich guy.

Rock became his messiah for the frustrations that came packed in the daily vagaries of life.

The effect of listening too much Grunge rock, where lyrics are often shouted instead of sung in a conventional sense, particularly in hardcore styles, had a weird effect on David.

So, at times, when his parents mentioned about his marriage plan, he would respond in the typical shout out way that would astound them.

These feelings of angst, of social alienation and apathy, which filled his mind, were ingredients for original rock lyrics that David would keep handy for future songs.

So, back at the Garage, as David was reminiscing about the years gone by, Abraham took his time to compose himself before he could hear out David’s band members. It turned out that David was actively involved with a local non-profit organization “Koshish” whose mission was the rehabilitation of drug addicts.

During the time David was looking for a job, he devoted a lot of time towards uplifting and transforming the lives of a motley of people. Joseph and Philips were two such gems he found who had the rock in their blood. Their lives had been devastated by marijuana addiction. Their families had given all hope on them, and they eventually landed up with ‘Koshish’.

The proven rehabilitation techniques would not interest David. He would rather utilize the power of rock music to transform their lives. Joseph, Philips, and many others had hidden potential. What they needed was someone who could channelize this wealth. Someone who would stop judging them. David, himself was planning to form a rock band for long. And he knew by instinct that he had found what he was looking for. And it was a matter of time, that, with the desired support from the non-profit, he had created ‘Phoenix,' an upcoming rock band including Philips, Joseph and himself.

Relapses are common during the rehabilitation programs, and Philips could not escape one either. The day before the event, David could sense that he was high on marijuana. Using his craft, David could snatch the weed supply from him. He had planned to submit it to the local police post their event.

After listening to Joseph and Philips, Abraham could now connect the dots and clear all his doubts. Of course, he had misjudged and shattered David.

Immediately, he looked for David. Finding him, standing dejected near the garage door, Abraham wanted to congratulate David and praise him for his extraordinary approach towards rehabilitating drug addicts.

But, as tears rolled down Abraham's eyes, he hugged his son,  and all he could say was, "You, my son, have a Guitar of character."

Back to the present…

‘Phoenix’ band members were winding up the show amidst a thunderous applause from the crowd.

There was no sign of marijuana on the stage. The desired magical adrenaline rush came from the sheer love of rock. Resurrecting themselves, Philips and Joseph had lived up to their band’s name. They had risen from the ashes of the past.

"Ladies and Gentlemen. I would like to introduce my band members. Here is Joseph on the bass guitar, Philip on the drums. And I am David, lead vocalist, and guitarist.

The Guitar Of Character