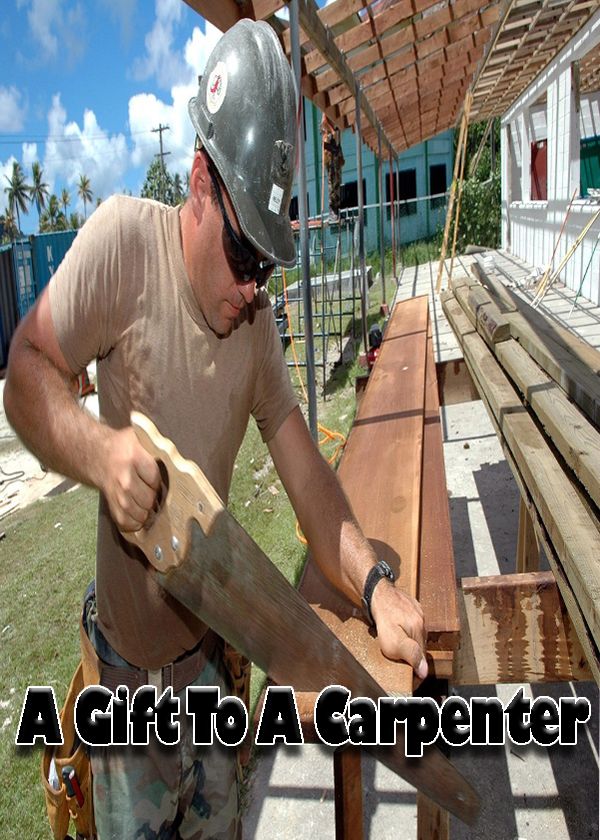 A Gift To A Carpenter

A Gift To A Carpenter

Some time ago there was a carpenter. After working for 30 long years he had become skilled at the art of carpentry and kept a courteous amount for his living. Now he desired for a retirement. He went to his chief and requested for his leave. The chief who had been very pleased with his effort decided but he kept a condition. He apprehended to the carpenter, “You have operated industriously for the last 30 years and before retiring I want you to build the last house. I will deliver you with the land. It should have flawless finishing and should be large, expansive and stylish. The Carpenter tried to explain that he could no longer can work as now he suffered from vision problems. He insisted on getting retired now. Nonetheless, the chief kept persuading him to shape this last house, his last work. Afterwards a lot of persuasion, the carpenter settled.

He commenced building the house, nonetheless, he was exhausted with the work he had done his whole life. He no longer wanted to do it. Nevertheless, he did it as he esteemed his chief. The only variance was he did not pay courtesy to the slight particulars and used whatsoever material was voluntarily accessible.

He identified that his effort was not near excellence however he was assured that these trivial things did not matter. After accomplishment of the house, he went to his chief and voiced him that he has finished the work. Now he desired retirement. The chief was actually happy and he held, "you have been helping me very faithfully so I gift this house to you."

Till date, the carpenter has been setting the dripping roof and shattered pipes and the broken wooden doors. ;)

Do every work by giving your best.

work   work is worship   do your best   carpenter   house   retirement