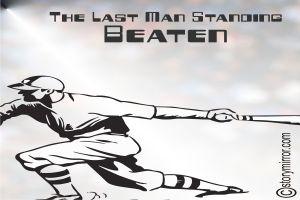 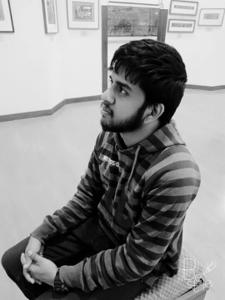 As soon as he saw the striker showing exceptional control over the ball, dodging the defenders, approaching the box, he knew that it wouldn't take long for him to shoot the ball once he got a clear sight of the goal. So, in short, it was now or never. But he was having trouble trusting his instincts. He could hear voices in his head, one telling him to wait a little longer and assess the possible directions in which the striker could hit the ball, the other urging him to stop wasting time in speculation and assessment, but start synchronizing with the movements of the striker so as to have a better chance of deflecting/catching the ball.  In that split second he had to make a decision, and he decided to go with the “assessment” idea, feeling that he might have a chance of losing sight of the ball if he starts synchronizing with the movements of the striker. But that decision proved costly for him. Before he could make any observations regarding the options [for assists] and target areas of the striker, it was too late.  He found himself rooted to the ground, even when he could clearly see the “foot” making contact with the ball and the futile attempts of the defenders to either change the trajectory of the ball, or to slow it down up to a significant level, as he was not prepared for this moment.  In a jiffy, he could feel the ball whiz past him, to his right. He came back to his senses only when the ball was well beyond his reach, and made a final desperate attempt by diving to his right, but all in vain. The only thing he could see was his outstretched hand cutting through the air, and then landing on the grass, followed by the rest of his body. It is said that a guardian’s greatest fear is the realization of the fact that his fortress is no longer protected, it has been breached. He had allowed his fortress, the goal, to be penetrated by the ball, which now lay still inside the box, as if it had been there since inception.

The ball was reminiscent of something which had been brought to rest after having been involved in a lot of chaos and ruckus. His teammates were looking at him with bloodshot eyes, which gave him the looks-can-kill impression. Some were even jeering at him, which made him very uncomfortable.

The mere sight of the ball drained whatever strength and will power was left inside him. He sat up, and made an effort to stand , but he was no longer the master of his own body.

He gazed at his shivering hands, unable to place his feelings between sheer trepidation, and, of course, guilt.

Glancing at the score board, which now read “4-0”, he was forced to contemplate on something which he had kept at bay for a long time: His goalkeeping ability. He became oblivious of his surroundings, as his whole career flashed before him, his rise to fame, his debut, all his international appearances, the accolades he had received, the aspersions he had parried, the number of times he had rescued his team from a crisis, and then, the sudden reversal in his golden run in the past year and a half, the blunders he had committed, not once, or twice, but at regular intervals,  his inconsistent performances, and the people he had disappointed, time and again. In the course of his introspection, he didn’t hear the captain, or the other players shouting at him, urging him to come out of his trance.

For as far as he could see, the only element that caught his attention was the substitution board, on which his number was being displayed in red along with another number, in green.

A smile came on his lips, and he regained his composure instantly. The storm had passed away. It was time to pick up the remnants, and leave.  No more excuses. No more attempts. Circumventing the cold stares of his teammates, he made his way back to the dugout. At the edge of the dugout, he saw his replacement warming up, and taking advices from the manager. His smile broadened.

As he approached the dugout, about to step out, he looked at the person, who now had to carry the weight of the game on his shoulders. Before both of them could brush past each other, he leaned closer to him and whispered...

He stepped out. He had exhausted all his lives.  He was out of the game now, and with a final glance at the sky, he marched to the dressing room, with the sound of the crowd jeering at him still lingering in his ears.