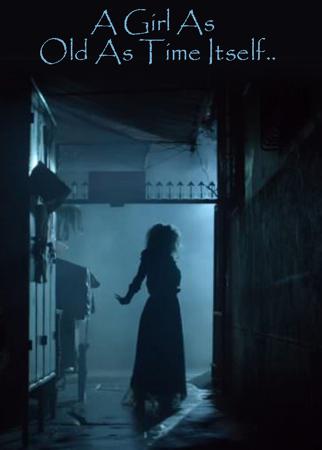 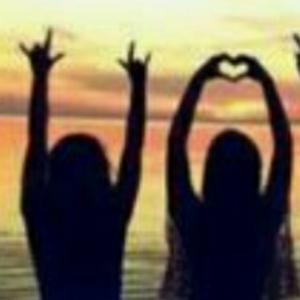 "Is that Alice? Isn't she dead?" I clutched on to the wrought iron gates and peered through the mist. The figure had disappeared from the attic window. Despite all my misgivings, I pushed open the imposing gates. They opened with a groan, and I took my first step towards the door of my nightmares.

Alice and I were the best of friends. Whatever we did, it was always together. Be it, serving detentions in school, troubling neighbours or even, doing mundane things like sleeping, eating and studying in each other's company.

On this fateful night, exactly one year ago, our fortunes took a turn for the worse. Being daredevils, we decided to take up the challenge to enter and spend the night, in an abandoned, 'so-called haunted' house.

Years ago, the occupants of the house had left it to rot... A few families, then, had taken the house one after the other, but in vain. No family could last more than two months. This was not because of the lack of comfort, but because of their fear...

Alice and I had reached the front door with lot of gusto, but my courage vanished into thin air. Without giving a single thought, I turned around and deserted Alice. I ran until I only saw a black outline of a figure moving swiftly across the porch of the majestic, age-old house. Alice was never heard from again, and she disappeared from the face of the Earth.

Since that horrific night, I have not had a good night's sleep. I wander aimlessly for hours on end through the lonely night.

This night, was dark. The darkest of all nights. The moon had been consumed by the dark clouds which had cast a sense of doom in the environ. A chill swept through. I huddled deeper within myself, but could feel the frigidity of the night sweeping down to my bones. The driveway was shrouded in a sublime haze. A dull, flickering light in the attic caught my eye, a shiver ran down my spine. It was Alice. She was alive! Her silhouette, a clear give away.

I cast aside all my doubts, and rushed into the rickety-rackety house and up the dilapidated steps and into the attic. She stood with her back towards me. She turned. And, I realised, the blackened aura around her, bespoke her reality. She was Alice, but not the one whom I knew. She had the same blond hair and the same birdlike features. However, her once shiny hair was now matted with dirt, her once dreamy blue eyes now had a tired, striking look about them, her nails as black as coal, her face hollow with no life in it, and her clothes were torn beyond repair. She looked like the ghost of the Alice, I once knew...

Even after crying for so many months, I was not satisfied as I couldn't bargain Alice's life for anything. So, again tears welled up on seeing her. I reached out and hugged Alice. She was too weak to even bear my weight on her. So, she sagged to the ground. She didn't move. But, she did say one word, "GO!" I didn't leave her side. I ignored her repeated warnings and kept on blabbering that how much I had missed her and urged her to say something, other than telling me to go. She didn't respond to my questions. But, now I noticed a glint in her eyes and an urgency in her voice when she told me to leave. I asked her "Why?" and she told me that, that place wasn't right for me. I started to protest, but the next moment I had such a sensation in my body, due to which I forgot everything in and around me.

I woke up, at the break of dawn and the sun was just distributing its rays on the city of Manhattan. I was lying on the pavement, outside the house which took away my happiness. With a sudden surge of energy, the events of last night, hit my head.

It was then, that I realised, that Alice may not have wanted me to become like her, an imprint of her original self on the Earth. So, she warned me to leave the house, before the creatures of the spooky house got me too.

It was then, that I realised that my old, courageous friend who had always helped me in the time of need, had never forgotten her duty towards me, even when I had left her.

A Girl As Old As Time Itself..