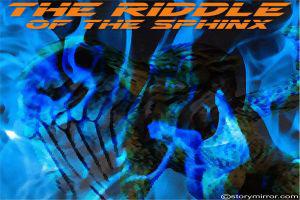 In the ancient times, a sphinx guarded the city of Thebes. It was a strange creature. He had the head of a woman, the body of a lion and the wings of a falcon.  The sphinx had a habit of asking a riddle to every passer-by and anyone who could not answer the riddle correctly was gobbled by him.

One day the sphinx asked the same question to Oedipus the king of Thebes. “What is it that has four legs in the morning, two at noon and three in the evening?”

“A human being” answered Oedipus, “as a child he crawls on his fours, in his youth he walks on his two legs and in old age he walks around with the help of staff.”

The Riddle Of The Sphinx