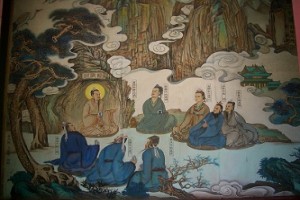 Life Is What We Make It.

Life Is What We Make It.

Keshav, a young disciple of an honorable master was unlike the rest. He annoyed the rest who accepted everything that was told to them without questioning back. One day he decided to make him his Master’s favorite disciple as he had come to know that the Master would not just take him to a path of spirituality and quench his thirst for knowledge but also satisfy his curious mind.

One day, as usual, the great master led his disciples under the huge banyan tree, which formed the roof to his classroom. He sat on a higher seat as his disciples sat down with full attention.

The great master cleared his throat and asked the class, "What is life?" He wanted answers from his class and not questions for a change.

The class for quiet for a minute when silence was broken by the most attentive student Sarvagna "Guruji, as per our Shastra, life and death is a process of the universe. Life is breath in of lord Vishnu and death is the breath of lord Vishnu."

"Well said, Sarvagna but I look for more deep answers today,” said the master. Sunder, another disciple who loved literature referred a poet and said, "Life is an experience of joys and sadness."

"That's true Sunder but there is more to this." The master looked at his favourite disciple and asked "Keshav, what do you think life is?"

Keshav concluded by saying, "Life is I think what we make it."

Guruji looked pleased and rewarded a Gita to Keshav.