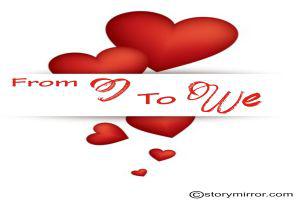 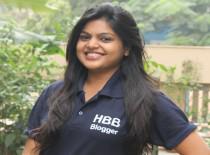 “Those two parallel universes will try tonight, to coincide
followed with coy letters, and, an audacious lover to transcribe.”

Arima was all cold.
More than the obfuscated past, heart- melting activities of present, haunted her.
Words could never describe the hurricane which shook her – The hurricane of silence.

That one question, echoed a zillion times in the void created long back, deep down.
Only if someone could offer her a wand to figure out the future, as she was begging for a fair conclusion.
All lost in the past, memories reiterated the day he confessed indirectly

“The way she says that I will not, with a right on me, thinking I only belong to her, makes me crazy. When she takes me for granted I feel respected. When she says she will not do it, and acts adamant, and does the same thing, because it makes me happy.

I am talking about someone who may not know me inside out, but loves me still, and I might also not know her inside out, but she has the confidence that whatever she comes to know about me, her love would not change…

Tears were gently searching their way out from the corner of her eyes.
The memories attacked with a double force, and here it continued…

But in her imperfection lays her beauty, and she needs to know, that

When I see her face, there is not a thing I would change, coz she is amazing just the way she is…”

It felt as if blood was oozing out from her body and a new formed liquid ‘Ayaan’ took the position in all the arteries and veins.
Though, with arms stretched out, she was waiting to shout aloud, still, somewhere she was stopped with the turbulence of circumstances.

Bought back in the past with the doorbell.
Ahh, she found it melodious.

Will there be another note filled with his love?
Or,
Will he come?

She wanted to see him and capture that moment till eternity.
She wanted to kiss him that hard, which could never generate the intensity with any other –

“The intensity to love and being loved.”

Recollecting each and every piece, she proceeded to open up the gateway to mystical surprises.
She frowned.
With all the courage after closing the eyes, she let the dream enter, surrounding walls of memories covering his perfume, which he left a year back.

“There she waited for the doorbell to ring, to complete his last song,
fulfilling it with satisfactory lyrics, with a promise to never prolong.”

The chaos in the heart stopped.

“You are beautiful”, Ayaan uttered.

Finally she heard his voice. The charm magnificently evoked the senses; his tone was enough to make her crazier, all over again.
She leaned towards him, offering her lips but, he chose to kiss her tiny lil forehead.
Much more sensuous and igniting, more than any lip-lock in the entire universe…..

She finally swayed with the flow – The charismatic words.

“Sorry for the delay”, he cried

“The wait was worth it”, she hugged him tight

“I missed you with each breath”, Ayaan hold her back, tighter

“Would you stay?” She inquired after a long deep silence

It was 12:15.
A beautiful kiss day completed but here start,
The Valentines…
Ayaan wanted to startle her.
The process of bringing the poles intact, which were once apart.
Ayaan blind-folded her and took her to the dream venue where there would be reality offering a pulchritude of happiness – inside and outside.
Under the sultry sky, with the help of Arima’s lil one, he planned to propose for all the births accompanied with vows.

A silver lining was all set to conquer her ring finger.

Ohh! What a bounty!

After multiple layers, she got the ring.

She cried the hardest, hardest of all the tears
these were the happiest of all, subsiding irrelevant fears.

Far there, facing a fantasy taking real-life shape, a set of eyes blessed the couple with tears dancing all over the face.
The little sisters are beautiful; Arima’s younger proved it all over again.
She knew what her elder has ever dreamt of. She helped Ayaan more than she could ever think about.
After all her elder sister’s life was about to take a princess-diaries turn.
It was an ideal couple for her, no ‘Bollywood Effect’ not even a ‘Daily Soap’, something she saw happening right in front of her, a story which gives her goose-bumps, a time which she travelled with Arima, an expression of realization that true love do exists.

With all the emotions she waved the duo a bye, giving them self-time to merry and finalize,

What theme should be there, when they marry?