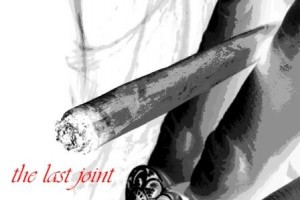 Mom: so, you are back home. Where were you all this afternoon?

My voice is shaky, words coming out in all confused way, my tone high and words stretching to an unbound limits; though I tried to speak clearly.

Mom: are you drunk? Come over here. (Anger in her voice)

I opened my mouth confidently and exhaled my breath in order to prove that I was not drunk. But, unknowingly spreading the essence of smoky weed all in the air near her. And I realised it just after her changed expression revealing the mystery of my weird behaviour and my dizzying words; and so I closed my mouth and moved back stumbling due to the effect of opiate.

Mom: remove your goggles. (And she snatched it from my face revealing the blood red stoned eyes). So the rumours were right that you smoke dangerous stuffs with your friends out there. (Slapped me) this is why we send you to a good reputed school that you go and smoke drink and do all these things. I warn you (slapping me constantly) this is the last time you did all these next time you do this and we’ll throw you out of this house. And ones more I see you with your spoiled friends will be the last day at your school and outside this house. Keep this in mind. Those are not good boys, you know that! (Her voice turning softer) why do you spend time with such guys whom you hated ones for the very same reason that they had the bad habits. You know they are spoiling you. I know they are responsible for this.

The only thing I remember of my childhood is the fight between my parents, the harsh and abusive word they used in their fight, the way they used to be at the point of killing each other. I was just a kid, what could I have done to stop them, I could not stop them, I could not make them understand how I felt when they fought, when I found both of my sister; elder and younger; crying, I used to feel helpless. All I could do was to lock myself in my room and cry, cry till I slept crying. I was helpless. I had no support. But such regular fight turned me into an emotionless boy mature more than the counting of my age. All I cared was my sisters and tried keeping them away when the fight used to break out. I stopped crying but I dint mean that I felt nothing, I dint feel bad, but I was burying my pain, emotions and agony deep inside me. And as a consequence I lost my power to differentiate between good and bad. I dint care anymore. I tried spending my time with friends; I made more friends ignoring who is good and who is bad. I just wanted to be away from the hell named house for me.

But how long you gonna hide your rage, anger, emotion that you have been burring for an infinite long time. The day I felt I could not handle all these I turned violent, but I could not show that in my house and I dint want to lose my respect in front my sisters like my parents lost their in my eyes

And as a result I turned abusive with my friends, fighting in streets. But that did not relax my anger I wanted to outpour everything inside me but kept quiet till one day I had no control over me. I was with my friends; sitting sadly thinking of my condition, comparing my parents to others and suddenly I burst into tears, crying at the top of my voice; forgetting the public there, forgetting everyone around me I just cried and then left the place ignoring my friends. For my friends this was weird coz they never saw me crying. They let me go so that I could find a space and grab some fresh air.

All those who smoke or drink are not bad at heart, but some are alive. Ravi came behind; tried relaxing me, asked me what was bothering me. I dint want to share it but I couldn’t stop I said everything, every bit of my emotions, my problems. He was calm enough and showed patience; he heard my story and took a deep breath. Dip his hand in his packet and took out the packet of cigarette and lighter; lit one of them and started smoking, without saying a word. And then offered it to me saying try it, it will relieve you. I wanted to calm down and I took a drag and started coughing, returned it to him saying that I can’t. He said take some more drag you won’t cough. I tried some more drags and there it was. I felt relaxed, a relaxation that I haven’t felt in years. I hated the taste but I love the after effects. I was relieved, took some mouth freshener and returned back. But I felt bad, I could feel the guilt that I did a wrong thing and won’t do it again and Ravi never asked me to smoke after that. But, again after few days the fight broke out, and similar were the condition, I was 14; my elder sister was 17 and younger was 11 but we they cried and as always I took them away from the fight, filled with anger. I felt like killing my parents. I asked my sister to sleep and I closed them from outside and left my fighting parents undisturbed. I took my bike went directly to Ravi asking him for cigarette but he denied saying I should not be addicted to it. But I was filled with anger and I wanted I skip all those; what I was feeling then. I left him and went to a shop outside the area and asked him for a gold flake and matches; went to an abandoned government building and lit the cigarette smoked it till the end but I was not relieved. I ran to the shop again asking him for a packet and smoked all of them till my throat burned and my head started paining. I went home after eating some mouth freshener and returned home. And then I started smoking, smoking whenever I was in tension. I became a chain smoker. After a few years I dint need any tension or reason to smoke, whenever I felt like smoking I just smoked till I was satisfied.

But the more I smoked the less satisfaction I got and tried even harder one till one day one of my friends introduced me to weed. It was effective unlike cigarette it dint have a short term effect. It was hard and the dope lasted for hours. And then I got used to it. And now they try to explain me who was responsible for all these. I promised myself that I won’t smoke a single drag anymore. Thinking all these I slept.

I was awoken by some noise and when I came out of my room, my parents were again fighting over some issue. Thankfully my elder sister is married now and my younger sister lives in hostel and I had some weed left with me in my bag.