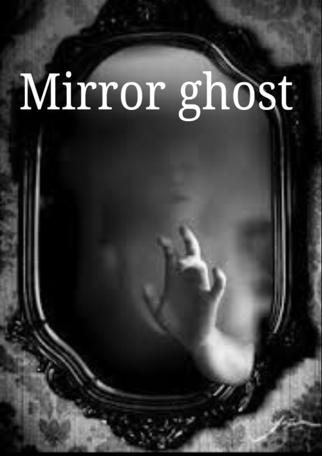 My name is Neeta, a word can explain my life is being happy and always helping hand for people. Today I was walking home from my office to Sion station, I saw a shiny letter on the ground. I took, unfolded that letter and started to read. Which was written as......

If you are reading my letter, please be aware of the mirror ghost. I recently shifted to this place in Sion, Maharashtra (Mumbai). I don't know why but form first day only I felt something unconscious here but as I'm alone for now and could afford Only this PG on rent so i decided to be here. I used to lock my self in room instead of going anywhere.

That night I suddenly woke up by 12 a.m. and I heard that my mirror was calling me when I looked at the mirror, I was shocked and saw a ghost was alike me and she pulled me inside. When I opened my eyes I was in the hospital and the doctor told me my one of neighbors who heard me screaming in the early morning left me to this hospital. I'm writing this letter just to make others aware of that ghost's mirror.

As the date was mentioned I searched all hospitals in Sion asking a girl case about mirror ghost.

After a week I reached to Lokmanya Tilak Municipal Hospital. I inquire about mirror ghost case patient and Dr. Mehta asked me how do you know that girl, her name is Tanya who was admitted in the 1st week of March and she is from Rajasthan.

I asked Dr. Mehta about her add but had had no idea about her personal life and luckily I got her rented house's address. I said thanks to Dr. Mehta.

He called me and wanted to say something.. hey... That girl...

But I was in a hurry so l left because I thought whatever he wanted to say is not much important.

So now I came to her house, It is already 8:00 p.m. I broke that lock of the door and went inside. It was so suffocating but that moment when I saw in the mirror that the ghost came out from the mirror and killed me.

On 6th June, A team of police came to that same hospital asking about a body investigated named Neeta. And Dr. Mehta told police that I wanted to tell her about Tanya's case that she was suffering from a phobia called spectrophobia.

Where a person looks in the mirror and feels that their own reflection on the mirror is a ghost and they harm themselves.

But in the case of Neeta, she was very normal but because of reading that latter she made an illusion in her mind about real ghost and her reason of death is being suffocation but not any ghost. It is her own fear that killed Neeta but not any type of ghost.