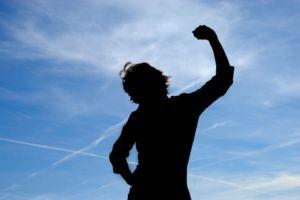 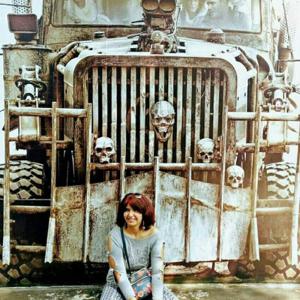 Sometime in the morning...

A four letter word had damaged her body...

A four letter word could destroy her soul!!

Riya felt a chill as these words repeatedly maundered round and round inside her head. She was swaying to and fro in her swing chair, kept in her balcony as she sat thinking about that terrible incident that had, ruined her life! It seemed as if, she had lost everything! Her happiness to bloom. Her strength to carry forward. Her dignity to move on...her Will to live...

That monster who was her so called uncle had cajoled her at first and then took to intimidation, to no avail. She had become like a statute. Desperate, he ran away before anyone could connect him with the crime, secure in the knowledge that if not threats, the familial and social inhibitions would keep her mouth shut.

How very wrong he was!!

Riya's body was shattered, her spirit had not. It took her a long time to come out of her misery. But, come out she did. With a vengeance!

She confided in her parents. They were stunned. Shocked to the core. The unthinkable had happened. The transgression, they never ever even in their dreams could have envisioned, had been committed and the culprit was family. They were rendered speechless. How could they console their child when they themselves were inconsolable?

For the sake of their daughter, they tried to come out of the trauma as swiftly as they could. There were practical considerations to be taken into account. They were afraid of the skeptics.  They were scared of the whispers behind their backs, the disparaging looks, the snide remarks and most importantly the future of their daughter that would surely be ruined if the truth got out.  They advised Riya to forget the past and carry on assuring her that they would make her uncle apologize and promising her that they would never let him set foot inside the house again in any circumstance.

Riya had expected this, still she was disappointed. Initially, when she was sunk in her distress, she had experienced every emotion that existed. Terror, horror, apprehension, anxiety, self-pity, self-loathing so on and so forth. Not anymore. Now she only felt one emotion courage. She wanted more.

Uncle or not she had no intention of letting him go Scot free to torment other hapless girls.

Sometime in the afternoon.

''Riya please. Let the sleeping dogs lie... her mother pleaded. Her father was standing in a corner, a silent spectator.

"Think of the scandal" her mother was almost on the verge of crying.

"Scandal'' She spit out. Oh! You mean what people will say! Frankly mom I am not bothered'' 'the people whom you are so concerned about did not suffer that day, I did'' she was bitter.

'II know dear and I understand your pain but our society. Her mother stopped as Riya interrupted her with a scream.

'' I SAID I DON'T GIVE A DAMN'' Riya was past caring. "I WANT THAT MAN BEHIND BARS AND I WILL NOT REST UNTIL I SEE HIM THERE''

Her mom started to say something but Riya again did not let her, instead she turned to her father.

Her father came out of the trance. "Of course my child, please do not doubt that'' '' We only want you safe and happy''

Riya smiled sadly at the irony of those words and now addressed her mom.

Her mother was crying now “How could you even think that we don’t?”

“Then why is it that I am not getting the support from you when you know what I am going to do is right?” I have the right to seek and get justice'' don't I?'' She asked anguished.

''We also want the culprit to be punished but not at the cost of your dignity''. Her father replied.

'Daddy, mom'' Committing a crime is a sin but tolerating and suffering that crime is a bigger sin'' ''You know that, don't you'' Riya challenged.

OK, if apology or compensation is sufficient let us abolish laws, dismantle judiciary and police'' Riya continued 'let us install bargain system, I say sorry, you say go free'' both of us happy'' She mocked.

''Human memory is fickle'' 'the same people who might ridicule me today because I have been vanquished, will revere me tomorrow when I will be vindicated'' '' People forget gossip as easily as they forget fact'', they will forget about me as well'' She smiled well humorous now.

“in any case, letting an offender go unpunished is to my mind adding insult to my injuries and I am not prepared for that” “I will file a complaint, come what may” ''Whether I do it alone or with you, I leave it to you, to decide'' She finished.

For a few minutes, which seemed like eternity, everyone was silent.

''When do you want to go to the police station'' Riya’s father finally broke the silence, smiling at her mom as she was again shaking her head uncomprehendingly.

Sometime in the evening...

She could not overcome her "rape"

She had overcome her ''fear''

Riya felt ascetic as she these words swirled round and round in her mind. She was swaying to and fro in her swing chair, kept in her balcony as she sat thinking about the recently concluded events. She has gotten back everything. Her happiness to bloom. Her strength to carry forward. Her dignity to move on...her will to live.