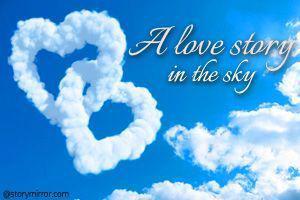 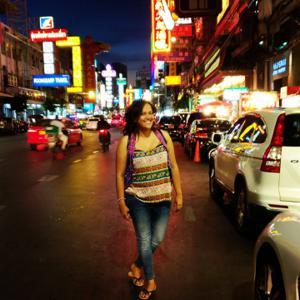 Every morning her bright red cheeks were kissed a good morning by his beautifully curved up lips. Her name was "Sunshine" and she fondly called her lover "Moonster"

Two moments of passion was all they had in a day. Once in the early hours of the morning and once in the evening. But today was their monthly anniversary and Moonster was determined to make this special.

While Sunshine was busy lighting up the world, Moonster decided to make some quick plans for their evening. He called up all his childhood friends. The tree aunties were summoned for a dance, the cuckoos were told to practice their most romantic songs, the rain band was asked to get the violins out and the stars were given their cue.

Sunshine had no clue of what was happening. She was in all her shining glory waiting for the day to get over so she can scream her heart out to Moonster for forgetting their anniversary.

Little did she know that Moonster had planned the most romantic surprise for her ever. A surprise so many little humans would take all the advantage of and impress their beloveds.

6.37 pm. Sunshine was ready to "set in the west" as always. And Moonster hadn't arrived. She was almost on the verge of tears when suddenly there was a great wind blowing. The trees were dancing, the birds were singing and suddenly from a big blue cloud her lover peeked out his silver self and winked at her. She blushed and how.

With an entourage of her shining sister stars, walked towards her and went on his knees. With one hand he held her face and with the other he asked the rain to sprinkle his magic on them as he kissed her most passionately.

Their faces were drenched in love. As little humans ran helter skelter amused by this unexpected rain, sunshine and Moonster's bodies entangled in the purest of forms. Their hearts were pounding to the tune of this gorgeously orchestrated romantic setting.

Their friends now mushy eyed were going crazy by filling in romance like the world had never seen. The trees swayed faster, the birds sang chirpier and the sea splashed in its happiest form with the bright little rainbow adding up to all the love.

Tears filled up Sunshine's eyes. They didn't want this to end but it had too. The little humans had been ignored for too long. Their hands shivered in the cold as he took his hand off her waist and kissed her on the forehead one last time before she merged her golden self in the sea.

This was indeed unlike anything little humans had ever seen and will see again.  Nature in its grandest form putting up a show like never before for two of their favorite children - Sunshine & Moonster.

A Love Story In The Sky