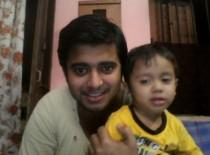 Sumit and Shristi are best friends. They have studied in the same school, gone to the same high school, and now they are pursuing their graduation from the same college.

Their friendship started from school and with time, their friendship grew stronger. They are so close to each other that they can even share those personal talks which they can’t even share with their families.

Many students at first thought them to be a couple but they made them clearly understood that they are best friends and nothing more than that.

It was the first class of their final semester when Sumit and Shristi were sitting together talking and waiting for their teacher to come when somebody entered the classroom and it was not their teacher.

A girl naming Priyanka entered and she was very beautiful. She had a fair complexion, blue eyes, long black shiny curly hair coming up to her waist and pretty noticeable attractive curves.

There wasn’t a single boy in the class who did not feast his eyes by looking at her for quite a couple of seconds.

Priyanka however did not look at any of the boys and took her seat on the first bench. Sumit was deeply staring at her with his mouth wide open that he did not even notice that the teacher came until Shristi tucked him by her elbow to bring him into the real world.

After that, in the next couple of days many boys attempted many things to gain her attention but no one could dare to take a straightforward approach to propose her.

Sumit was the class prefect and therefore had talked with Priyanka a couple of times in a purely formal manner but could not find any opportunity to disclose his feelings for her.

But finally on Rose Day, Sumit plucked up the courage and proposed her to be his girlfriend with a red rose. When she accepted, Sumit was so happy, instead of hugging her, he ran back and hugged Shristi who was standing and watching them from a distance.

After that he came back to Priyanka and hugged her and became the victim of the other boys’ jealousy.

Priyanka and Sumit were walking the street alone after college when Priyanka voiced something. She said that she loves him so much that she cannot not see him with some other girl. She said that if he wants to be her boyfriend then he will have to end his friendship with Shristi forever.

Sumit was at first stunned but being totally devoured in love he accepted. He ended his friendship with Shristi forever.

Shristi cried but Sumit decided to choose Priyanka over Shristi.

When he came and told it to Priyanka, she also broke up with him.

She reasoned, “If you can leave your best friend for me, then you can leave me for someone else too. You can never be a good boyfriend, unless you are a good friend. Friendship is the first step of love.”

She took a test and his failure in the test lost him his girlfriend and best friend on the very same day.