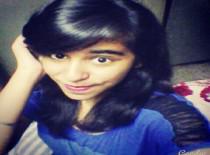 Lost in this murk of positivity,
She walks like a shapeless entity.
For,  never has anyone looked deep
Enough to witness the scars which lay asleep,
In  her body and on her soul
Was engraved a giant gaping hole.


She was once innocent and sweet,
just like the scenes where lovers meet.
But something of a reality hit her hard
When she decided to let off her guard.
She was hurt and moaning loud
Just like a thunderous black cloud.


Her soul, once white and pure
Lost every chance of finding a cure.
She had pearls in her eyes
Oh look, there the only wish she ever made lies.
She was a human when she cried,
Now she is just a shadow looking for a place to hide.

They called her cheap and what not,
While she just wanted to tie the knot,
Of her soul with his
But sadly, she kept falling into the abyss.
As the one who promised now abused,
That wonderful girl was accused.

The crime was trivial like a needle,
The trial was merciless as the sting of a venomous beetle.
She didn't flinch or moved
But the audience was still aroused.
They sued her for the crime of being shameless
But forgot what they were gazing at, was mere hollowness.

For, she wasn't a body with a soul
Her heart, if there was, smelled foul.
Her eyes were lost in a reverie,
What that remained was a scintillating imagery.
of a world where she could exist,
Without ever getting her soul raped by an exorcist.

Now, she lies in front of me
Looking like an artist's callous fantasy.
Her body is blue and fragile;
All her efforts to carry on were futile.
I wish I could save that girl who looked like a doll,
One thing I forgot I am her after all.