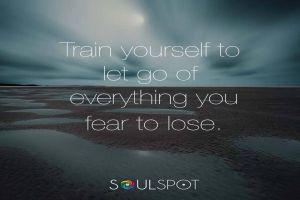 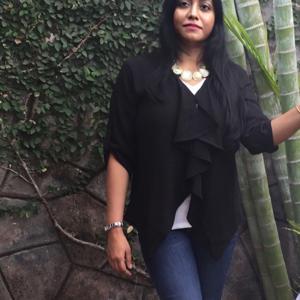 The sweltering Indian heat took its toll. Around 46 degree Celsius, it left no one with mercy. The only game left was to wait. Come rain, Come again, fill the lives and seal the pain.
When you bleed, you see the pain. What when you don't (bleed)! That's the time you feel the pang - a sharp, shooting, unabashed and ingrained clot that refuses to bleed. And after awhile it becomes a part of your life. You just live with it. Maybe it tricks you to live with it.
As tricky are the ways of the world, even if we know, when everything is not in our hand but then we hopelessly try to seize and pursue. We are just hopelessly hopeful in that sense.

The slithering sweat on his face gave a testimony. The culprit was not just the summer heat that added to the messiness. But, behind those sticky fluids were hidden few drops of unwanted tears which just drifted unaware.

It was not a lover's tiff nor an amorous banter. For him, she was not just love. She was more than that. She was the only emotion he felt for a while. She was that human touch he sensed in a while.  She was like that last straw for a drowning man. To him, she was Hope. Chasing hope was not easy and when you had it all, letting it go was way harder.
But love was not enough! With that came the fears, apprehensions, distrust and then, time to commit. To commit in love was not enough, to commit to marriage was.

"I am not afraid of commitment. Commitment is not an issue, trust is.  Does the bond we shared was of any worth? Is love not above everything. Why the validation? Why the rush! I guess love too needs a warranty. She gave me an ultimatum; utterly crude and childish. She never trusted me. I feel marriage is not for one and all." He mulled over.

While lost in thoughts, the engine abruptly made a sudden, screeching noise; with that a thud and then halt. The car just stopped unexpectedly in the middle of nowhere. May be it was wearied and drained, just as much as him. The area was desolate and outskirt. There was a need for some fresh air after that long aimless wanderings to nowhere.

In his distant vision, he could see a house. It looked deserted and as if, forsaken. As he approached near the house, it stood there erect, like rejected and discarded in that intense, unbearable quietude. The exterior was unkempt with a lively undergrowth of thickets. The windows were dusty and stained pleading to be revealed.
The unused and almost rotten cane furniture on the front porch(veranda) was urging to be occupied. A cracked mossy cricket bat-masked under the foliage(greens) in the front garden area, was longing to be gripped. A discoloured bangle with slight golden patches lay there on that muddy soil was bitterly smiling, with the hope to be worn again.
There was a void, an emptiness lingering. An emptiness as if the house is begging to be touched, to be felt and to be lived once again. The air was heavy but not eerie rather something warm and engaging about it as if desperate of being alone, trying to tell a story.

Once there lived a boy of around nine, maybe. He lived with his mom and dad. It was a family of love, fondness and devotion. It was a home for these three people who were inseparable as if three bodies but one soul. They lived happily and merrily, at least the boy thought so. At nine, all you need is loving care and protection and the rest, you leave that to your parent to tackle and persevere. Carefree and nonchalant were those days of innocence and childhood.

That tattered cricket bat reminded him of those eager, wishful lazy Sunday noons, when father used to coach him a trick or two; rather say drilled the techniques of the game. To the little boy's mind, those were mostly bouncers; again a word taught by Dad while practising. But what he looked forward to were those brief male bonding times. It used to make him feel little grown up. How mom used to rush and put some sweet pieces of his favourite Sultanas(dried seedless grapes) on his mouth in between and would tell him to hurry up as it's time to take a bath. How the cricket buddies will plead for that extra ten minutes and then it will add up to twenty more. That's it. They have to be ready for the consequences now.

But then almost like nothing happened she will persuade him, little angrily though, and march along with him towards the bathroom. While they walked together, the sounds of those bangles on her wrists were as tender and sweet as sultanas, his favourites. Then the family will share some warm, delectable meal together cooked with mom's loving touch. They will share laughter and pains, some occasional stress and strains, dreams and aspirations, hopes and apprehensions all along together being a family. Didn't I tell you, they were like three bodies in one soul. That closer.

His birthday was closer too, and the excitement ran along with it. He was going to cross the single digit tag. So many plans chalked out by him and mom, and dad too. It was going to be a good affair. It was going to be a hell of a party with a ceremony(prayer) too.
The ceremony did happen, but it was mother's last rites, just three days before he would have hit ten.
At nine, his innocence mercifully shielded his sadness. After months of tears and grief, he helplessly struggled to cope. Dad became his friend, caretaker and mentor. He sold the house as every corner smelled and whispered of mom's presence.

Quite painstakingly they trailed a new beginning. But the tragedy was not over yet. Within next two years, he lost his only guide and nurturer too. He was hardly twelve that time. After mom's death, Dad was never the same. He walked, talked and sometimes laughed too. But he was damaged beyond repair. She completed him. And now he lived incomplete. Their love was deep and boundless. He was like a dead soul in living body for those last two years, before dad died.

From that time onwards, life did never looked the same. He was not just a genetic legacy to them. He was their reflection. And when the bodies evaporated with the soul, the disturbed shadow struggled for its existence ever second. He did do anything to get them back in flesh and blood. Though he lived a mortal life to read, sleep and eat in that order, he was living a life of gradual death with a numbed existence. He was like a lost soul, then after. Then she came like a tiny shaft of light, at the end of the tunnel.
Why always life puts you at the crossroads that you don't want to face? It's the same old wretched circle!

A few fine drops of drizzle on his face just smacked him out of his trance. There he was standing in front of that wretched house and his memories haunted and then slapped him hard. He cried out loud - still grieving, whimpering and lamenting. A dark, sullen cry as if forced out of a deeper dark labyrinth of sadness, remorse, angst and above all fear.
All these while he kept it inside him subconsciously, in the core of his heart like a raw tender sore unhealed and unattended.  He was struck in the past. A past ingrained with pain and woeful circumstances. And all these while the universe stood there in silence, in awe to witness that.
But after the heartfelt cry, which unleashed the hidden inner monster, he felt relieved, as light as a feather for the first time in his life. It looked as if Fear has made him suffer more thanks was capable of. He hasalways

ran, ran away far adrift from anything called family or home.

Back to his conscious self, he suddenly felt that sultry, stifling humid temperature. It might have raised up to unbearable 48 degrees by now. The dark gray clouds rumbled and thundered with it's all gathered might. The tiny soothing droplets filled his palm and then his face. With each roar, the rainfall picked up its momentum.
And it rained that night, as if it never rained like that before. It rained heavily and poured densely and washed away with it, some jitters and few misgivings. He was fully drenched with nature's kindness.
'Only when we are no longer afraid, we do begin to live', so he reflected.

He rushed towards the car to find some shelter. He took a deep sigh and picked the book lying on the front passenger seat. He started reading from where he left. The lines started:
Don't give in to your fears. If you do, you won't be able to talk to your heart.”
― Paulo Coelho, The Alchemist

There appeared a teeny weeny smirk on his face. And then a smile; earnest, aware and glad for where he stands today and what life might offer him tomorrow; a sincere chance to live again.

He picked his phone and made a call. The very first expression that mumbled from his mouth out of sheer delight was,
"Let's get married".

And It Rained That Night.