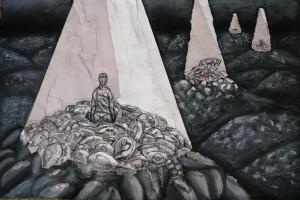 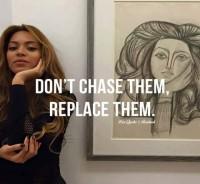 Not everyone is born with a golden spoon. People say money can’t buy everything but for some it works even though it gives a short term happiness. And for some it becomes a liability as you need to run your family and fulfill their basic needs that are food, shelter and clothing. Time and circumstances make you do a lot of things which is sometimes beyond someone’s imagination. When it's a question of survival you can go to any extent to make it work.

I am going to narrate you a story of a guy who has to give up his childhood just to look after his family.

This one decision changes his entire life. When children at his age were playing cricket he started working and when he was supposed to take tuition for himself he was teaching other children for his living.

Family is very important for him. He believes that without family we have no identity. He treats his parents as gods. He thinks that they take every risk for their children to keep their life secure and fulfill their requirements.

This boy named Atul was merely 7 when his father lost his job and scarcity affected there life and family. They were 2 siblings including another brother, the eldest one. These young innocent eyes saw poverty at a very young age when children are supposed to enjoy the freedom of childhood. His father didn’t recieve his salary for nearly 8 yrs as the company got shut down. There were times when Atul's father would work 3 jobs in a day just to pay the school fees of his kids. To add tohis worries, Atul‘s grandfather never supported him nor did any relatives when it came to monetary help.

Atul’s mother managed to look after her children and never made them feel that they were facing financial issues. But truth and scars can never be hidden. Slowly the condition of the house started deteriorating. At times, it was so bad that mom had to feed her children with the water that was left from  the cooked rice. Seeing the situation Atul started helping his mother in the kitchen. He was a very good student in his school and teachers were very fond of him and appreciated him. But, when children of his age were playing, he would ride his bicycle and go in search of work. When students in his class were taking tuition to score good marks in board exams, Atul himself was a tutuor to other students.

When he reached 19, he started working in a small company just to help his father in any way he could. No one knew that he was working because he would ride 20 km each day saying that he had some combined study classes to attend to with his classmate or other excuses. Then after struggling for nearly a year when he got first salary, tears were streaming out of his eyes. The moment he handed over Rs 1200 to his mother, his parents were shocked. They asked if he had stolen it from somehwere. He then had to explain the whole story that he had been working in a small firm. His parents were sad and happy at that same moment because they never expected that at such a young age he would struggling even when his first priority should be studies.

Impressed with his hard work one of the customers offered him to work in a different organization where he would be paid a better salary. He was so happy that he agreed at once. The next day he reached the office at given time. The interviewer took his interview and specified that they wanted only graduates. He was only 19 and graduation was far off. But he lied to them just to grab that only opportunity which was in front of him to help his family. As the proverb goes 'Beggars are not choosers' he had no choice. Now the question was from where he would manage to get a degree certificate. The only way he thought was to borrow his brother’s certificate who was pursuing his masters. He somehow managed to get his brothers documents and presented in front of the HR.

From there his identity chnaged. He swallowed his original identity and survived with his brother's name. He worked hard and got promoted to a good position with a good salary. His family’s situation gradually started improved. His father got his job back with a better position and salary. Everything was running smooth until his elder brother started threatening him to disclose his truth in front of everyone. He blackmailed him and took money to keep his mouth shut despite being employed at a better position in a very good company. He just wanted to blackmail his brother and take money. Later on there was a mutual understanding between them and his brother promised him that he  won't bother him anymore. Atul always believed in one saying 'If you can’t do good to others don’t do bad as well.'

When we talk about identity it plays very important roles in every individual’s life. You are recognized in the society through your identity. But it’s hard to find this kind of life where a boy risked his lifetime to help his poor father and mother. Whatever way he found, he chose and moved on. In a practical world it might not seem right. It would strike our mind as an individual who is a fraud or a cheater but we might be able to understand only after stepping into his shoes.

I am not saying that they weren’t any other choices but he chose this path. Today Atul is still surviving and using his brother’s name as his own and is living among us as a normal individual. He lost his identity to save his parents and family.