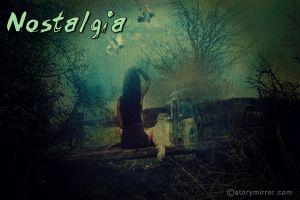 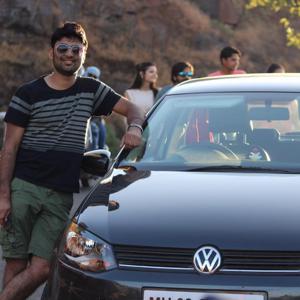 It was after many years I was home. Not that I am nostalgic by instinct, but those pictures of time kept hovering in my mind throughout the day. May be it was the ‘nothing to do’ syndrome making the devil to take toll of the workshop. It was hot and unbearable, the kind of climate I had been used of not being used to, staying all those years in Bangalore. The warmth of those old reminiscences conflicted with the heat outside and I could manage to trade off for a walk post sunset. I found myself into a different land, not the one I came out looking for. Everything seemed to be renovated and organized- the way I always wanted my city to be. The small tea stall near my house had turned into cell phone recharge point. The sweet shop at the corner of the street had scaled large. The sweets now sat in big metal platters, shelved around within ornamented glass counters. The halwai himself had put on some flesh that had tanned considerably, perhaps out of the heat of the ovens, but the golden chain in the neck would veil the shade quite often. Ten meters farther used to be a video game parlour that had grown into a cyber café, the remote controls, joysticks and television sets being replaced by keyboards, mice and monitors, the wooden creaky gates taken over by revolving hinged glass doors and the frivolous child of the street being matured into a mustached accountant at the counters. I recalled myself putting up a new alibi every other day to convince mum for crediting the expenses of the unmanageable entertainment cost of one and a half bucks per hour that had mushroomed to a rather more affordable fifteen, with pleasure being entirely at your own discretion. And up the street there came the crossroads at whose pavements we used to gather for Holika’s pyre, its cauldron being restructured into a dais for the traffic policemen to stand and ensure the order that the shrieking traffic demanded for. I looked around for the old houses where my friends used to live. They were there as such- the houses not the friends. I remembered their childhood faces and all those numerous pranks we had played. I had no idea where they were today. Time had changed, the city we lived in had changed, and perhaps they too had changed. I walked back home, with a little of anguish in the heart but more of appetite in the belly. The dinner table was laid out with crockery of ceramics juxtaposed with vases of fabricated floral stalks, adding to the catalogue of dismal mutations haunting my sense of retrospection. I stepped my feet into the kitchen to find an old plastic platter with images of my favorite cartoon characters. Luckily it was there, though the imprints had faded out. I craved for the food, hoping to do away with the repercussions of the haze of time and also satisfying the abdominal appetite creeping up. The starving stomach couldn’t wait for a serving and I hurried to open the pans to gulp in the feast, so meticulously prepared. I traversed through the pans just to make an account of the feast my starving belly was going to be treated to, with a flickering phantasmagoric sense of all those multi geographical cuisines I had been privileged all along in those years of exile. The traditional barbecued pan curry garnished with green coriander leaves, spicy onion fried minced potatoes, thick tamarind sauce caramelized with jaggery and sweetened porridge soaked in milk cream simmered for long hours made a mouthwatering delight, washing out all the foam of grimness bubbled out over that short walk outside. The soft fluffy inflated phulkas reminded me of the school day tummy challenges we took for consuming the maximum numbers and the mint and garlic chutney refreshed the lost fragrances of the evening winter snacks of tea and peanut chips savored with it. I felt glad to be able to reconcile the thoughts lost in time, at the same time realizing the brevity of this spell of time that would soon fade away and reverberate that psyche of nostalgia.