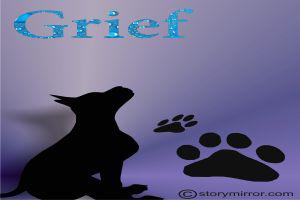 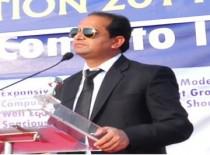 A puppy lay motionless on the road after being rolled over by a speeding car while crossing the road with its mother. The mother ran towards the spot where the body was mutilated, except the head. It barked continuously for an hour. A few minutes later, when the road became a little clear, the mother dog carried the head of the puppy and started running.

On the way, a few stray dogs started following it. Fortunately it managed to escape from the dogs to a safe place under a betel shop. The shop owner felt the dog was eating a puppy so he chased it out of the place. In the meantime, the dog left the place, dropping the head of the puppy over there as it was a secured place.

The head lay there until the next day's morning. When the man reopened the shop on the next day early morning he could not believe what he saw. The dog was still lying besides the head of the puppy that was being eaten by ants. Sea of tears pouring down from the dog's eyes had drenched a square feet of dried soil. The shopkeeper felt bad as he had suspected the mother to be a killer. Then, he threw a few pieces of bread to the dog.

The dog rose and left the place with the head of the puppy. The bread pieces lay there. It was a feast for the ants.