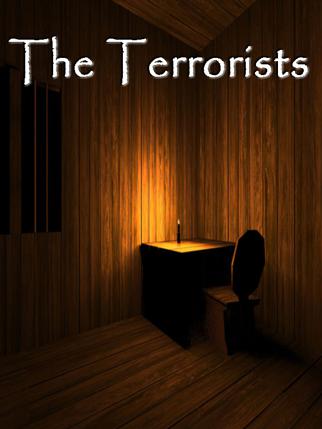 Dev was driving a bicycle with his friend Charan on the back seat, as they were returning after their night shift at the factory in the urban village of Satvada. It was amlost midnight, and both were absolutely tired after a day long exhaustion. As they passed by the old bungalow, Dev noticed a small flame of candle burning inside it. Dev was surprised as the bungalow has remained uninhabitated for quite a long time now. The bungalow belonged to the Sharma family who had settled down abroad, a decade ago.

Since then, the bungalow has remained locked except, for the days when Mr Sharma's secretary opens it for the maid to clean it. But, it was always during the day time that the secretary and the cleaning staff stepped into the bungalow; and never during the night.

"Charan wake up," Dev jerked his shoulder to jolt his friend, who was dozing with his head resting over Dev's shoulder.

"What?" Charan asked with a startle.

There is somebody in the bungalow.

"The Sharmas must be back," Charan said and drifted back to sleep.

"If Sharmas were back they would have switched the lights on. This is something else."

"What do you mean, Dev?" Charan's eyes widened out of horror.

They approached the bungalow and eavesdropped on the conversation going inside the bungalow.

"We are going to plant 5 time-bombs all around the city." A ferocious baritone shrilled from inside making both of them gasp.

Dev signaled Charan with a wave of hand and they both tip toed away from the bungalow.

"Charan, what do you make out of it?"

They are dangerous criminals and are planning some conspiracy. Run as fast as you can Dev, and save yourself.

"No Charan!" Dev said as he held Charan's hand tightly, "they are a threat to our nation. My best guess is that they are some terrorists, who are planning bomb blasts all over the country. We have to stop them at any cost."

"Have you lost your mind, Dev?" Charan was utterly bewildered, "they are armed, cold blodded murderers. They will kill us with just a press of a trigger. There is nothing we can do to stop them. All we can do now is to make an escape and save our lives."

Charan was about to run again when Dev pulled him back.

"Why don't you understand, Charan?" Dev said, "if could somehow get them arrested, we can share the prize money and become rich. You can start your own business without having the need to beg to your father for the money."

"And you can marry Tanvi," Charan said as he winked, "once you become a hero in her father's eyes."

"But how can we get them arrested?" Charan asked, "we are not equipped to combat them."

They went straight to the police station where constable Pyare Lal was dozing peacefully.

"What the hell do you want in the middle of the night?" Pyare was obviously irritated on being woken up from his dear sleep.

"There are some terrorists in the old bungalow that belongs to the Sharmas."

"So what?" Pyare shrugged, "if they are terrorists then it is for the millitary to handle them and not the police."

"But...?" Charan tried to explain but was cut off immediately.

"Get out right now," Pyare yelled, "otherwise I'll lock both of you behind the bars."

"A promotion will be good for you Pyare Lalji, isn't it?" Dev said smiling.

"What?" The word "promotion" lashed sleep out of Pyare.

"If you are able to grab the terrorists, you will get a promotion.."Dev said.

"And maybe a medal too.." Charan joined in.

"A transfer to a big city." Dev took the baton from Charan.

"A chance to provide better education to your kids and a luxurious lifestyle for yourself and bhabhiji." Charan jumped again.

"It's a golden chance Pyare Lal ji," Dev warned, "don't let it slip out of your hands."

"But," Pyare hesitated, "how I'm going to grab such hard core criminals with only a service revolver and that too, is always eager to ditch you when you need it so badly."

"We have to attack their minds." Dev said with a cunning twinkle in his eyes.

"What?" Both Pyare and Charan said in unison.

"Our Charan is a great mimicry artist." Dev patted on Charan's shoulder.

"Are we going to please them with his mimicry show and then ask them to get themselves arrested in return?" Pyare mocked him.

"I'll disclose my plans on the way." Dev said as he pulled on Pyare's hand and dragged him out of the station.

As they approached the bungalow, they saw the flame still burning.

Dev flashed a thumbs -up and the other two winked at him. Pyare cleared his throat and roared, "you are surrounded by police from all the sides."

To add a special effect to Pyare's statement, Charan produced the sound of screaming sirens of police jeeps, screeching tyres and footsteps of policemen.

"It will do you good if you come out quietly and surrender before us. Otherwise..."

Charan made the sound of guns firing bullets in the air. They waited for a while as there was no movement from inside. But then the door opened with a wailing sound and a few teenagers stepped out. All they had in their hands was a few papers.

"To which terrorist organization do you belong?" Pyare asked as he pointed his revolver at them.

"KNDT" one of them moaned.

"What's that?" Charan blurted out, "never heard of it!"

"It is Kala Niketan Drama Troupe. We are here to stage a drama for the villagers tommorrow. Sharmaji's secretary has arranged for our stay here. We were rehearsing the drama which is scheduled to be staged tommorrow!"

Before Pyare could turn his revolver towards them, Dev and Charan had vanished out of sight!