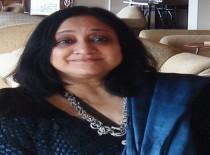 THE PAVEMENT- MAN, MAD WOMAN AND A BACKPACK!

The chill in the air was piercing Kashi’s thin sheets, which he was trying to wrap desperately. Subconsciously, he was waiting for the morning, for the warm sun rays, but right now in his sleep he was dreaming of a fire, which could keep him warm. Curling his thin, undernourished body he settled in fetus position on that already crowded pavement and kept dreaming of warm sunrays and Kakoli, the mad woman.

It was strange as her madness was there all to see, but how she behaved in presence of Kashi; coy and suave! The spark between two was the talk of the pavement and obviously they were the butt of every jokes amongst them. Kashi’s graying hair and her madness had nothing to do with the love they had for each-other.

Not very far from this pavement, a group of young boys were coming out of a pub, already high on their first pub experience, talking non-stop, laughing, they were returning to their hostel. Their chatter stirred the sleeping urchins in their sleep but it was part of their living. Boys gave them an unconcerned look and decided to sit on the railing to clear their heads before entering their hostel.  Their loud laughter and incessant talking pierced sharply in Kashi’s bones, in spite of the deep sleep after running around the whole day he woke up and tried to make freighting sounds to scare then away but nothing happened, except few dogs started growling in his direction. The traffic was thinning with every hour but noise of that had become their lullabies. Looking at the group of boys he envied their freedom, their life and thought of Kakoli again, his only luxury of that miserable life. He wondered how it would be like taking her into his arms, and sleep with her, whole night feeling her body against him. The thought was too warm and cozy, which drifted him again to sleep.

The group dispersed leaving some cigarette butts, and a calming silence. An empty can of beer was kicked, shattering the silence again and hit Kashi on his forehead. He was startled, not with pain but the sudden intrusion in his private dreams.

Swearing loudly some obscene words, he stood up but the boys were drowned in the darkness, far from his words and his world. He picked the cigarette butt and inhaled deeply, infusing little more fire to the dying butt and enjoyed this.

His attention was caught by a dog that was lying near the railing, not moving at all.

“What have the morons done to it?”

He sat down to examine the dog, but was surprised to see that it was not what he thought but a backpack! He pulled it and opened, he felt giddy, alarmed and elated. He was touching real currency! And a lot of that!! Number was useless for him but the quantity told him that he got a jackpot. Burying that under his arms, he came to his place. Within minutes he was sweating in that cold night. The elation was giving him such a high which even the thought of Kakoli’s body failed to produce.  He forgot about her, the rising sun, its rays and the whole world. Sitting with the bag in his arms, he packed his scattered world in another arm and left before the sun spread its light, illuminating the surroundings. Two piercing eyes were also on the bag, imagining the contents and drooling over them.

“First thing they will do is to check your pavement, and your absence will tell the whole truth” He was startled! Kakoli was standing near him. He did not even think of that possibility and this mad woman was making sense.

After a brief discussion, the bag was in her arms, under her already overcrowded attire, and he was back to his pavement, marveling at her sanity! They promised to flee after one month, he promised her a marriage, a house and love of whole life and she smiled with gratitude.

After a month of countless dreams of home, wife and a life of luxury, he reached her place. There was no sign of her. With a sinking heart when he inquired about her whereabouts he cursed himself. She had left the place almost a month back, leaving no trace. After all who cares about where a mad woman is gone?

He still lives on the pavement, still Kakoli was in his dreams but a slight change was into his fantasies, he was stabbing her, strangling her, drowning her and running with a backpack in his arms.

The Pavement-Man, Mad Woman And A Backpack!