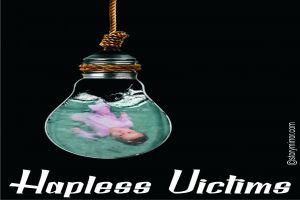 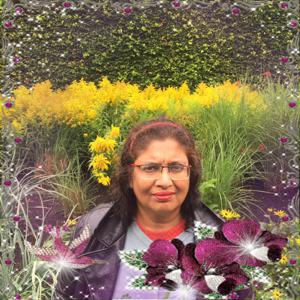 It is the first week of October. Navarathri is just a couple of days away. I am busy jotting down my shopping list in my note pad. It is a season of frenetic activity. If it’s Durga pooja in West Bengal in huge pandals with all pomp and splendor, in the south it is the bomma golu which adorn the houses and remain the talking point during this period especially among the ladies.


The markets in Chennai are so full of color during this season, what with dolls of various sizes and hues on carts and on the pavements. Ceramic, clay and paper mache dolls and figures of multifarious gods of the Hindu pantheon can be seen vying for space in the heavily crowded markets. The sheer range and variety is breathtaking. Jostling through the crowd and haggling with the shopkeepers over the price of dolls usually gave me immense pleasure. I loved soaking in the vibrant and charged atmosphere. This festival had a special place in my heart as I enjoyed exhibiting my collection of dolls. Tough work of course as it requires planning and also assembling of the slotted angle steps and covering them with sparkling white bedsheets for displaying the dolls. Next on the agenda would be to invite guests to view the gollu. Usually it is an invite for all the ladies, be it friends or relatives. Little gifts to invitees along with the daily prasad of sundal offered to the deities in the gollu added to the excitement. This year I was downcast and lost the spark. Although I had drawn my list of invitees it saddened me that my friend Ramya wasn’t one of them. I raced through the list to see if I had left out anyone among my guest list.

Everything in the list was perfect barring my friend Ramya’s name. She usually featured among the top few in my list. That was not to be this year. The very thought of her made me morose. A life shattering incident had caused Ramya to move to Bangalore where her parents resided.

We spent a lot of time in each other’s company. She was a bubbly, chirpy, vivacious person and we could see eye to eye with each other and exchanged a lot of notes right from recipes to homemade remedies, children’s homework to our husbands’ schedules. We usually did our shopping for Navarathri together, flitting from one shop to the other verifying the quality of the dolls and cross checking the prices. Our shopping would culminate in our visit to the age old motel in the locality which served piping hot vadas and lip smacking chutney. Oh, for sure, I miss her and life has not been the same without her. Actually this disaster in her life has cast a shadow in my preparation for the festivities. I did not have the usual fervor and enthusiasm.

Ramya lived in one of the gated communities that was self-contained with all the amenities. Her husband had a plum job in the IT sector. Our six year old sons were classmates in school. Ramya also had a two year old daughter named Anuba. My mind rushed back to recollect the event. We had gone shopping for Navarathri and ended up purchasing a whole lot of stuff. Very satisfying at the end of the day to see a deflated purse and a shopping bag bursting at the seams. We mutually consoled each other on how essential it was to spend for Navarathri which comes only once a year.

Ramya had invited guests on Ashtami day, the day before Sarasvati Puja to view her Gollu. I dolled myself up for the occasion and promptly landed at her place by seven in the evening. Little Anuba was there at the entrance along with Ramya to welcome me. Anuba was dressed in a ravishingly beautiful pink silk skirt and matching bangles and other accessories. The Gollu was neatly done in seven steps and I complemented Ramya on her wonderful and sober taste. She was busy packing the prasad to be given away that evening while the children played in the bedroom with their toys. We were awaiting the other guests who strolled in leisurely one after another. Soon the house was filled with guests chattering away and admiring the display. Ramya was busy attending to them and didn’t notice Anuba slip out of the house inadvertently when one of the guests trooped in.

We were so absorbed and preoccupied with the guests, while I presume Anuba happily made her way downstairs in playful gambol. After satiating their appetite the guests began to leave. Ramya went to the bedroom to look for her children and only found her son busily meddling with his lego set. She asked him where Anuba was and the poor fellow had no clue. We rushed to search for her in the entire house. We looked for her everywhere, under the cots, inside the wardrobes, bathrooms, behind tables but to no avail. Ramya had taken care to bolt the doors leading to the balconeys. Panic striken we now rushed downstairs looking for her. The colony was spread over five acres of land. Where could she have gone? When did she slip out? By now, we kept asking every person we came across in the colony if they had seen a tiny girl in a pink skirt.

The security was alerted and asked to look for the baby. Neighbors tried to lend a helping hand by moving around the colony in groups and combing the community hall, Shopping Centre and other areas. We had no inkling of where she could have strolled away. Could she have been mowed down? Hundreds of doubts criss crossed our minds as we dashed frantically looking for her. It was already more than a couple of hours since we started our search and close to midnight. Panic gave way to despair as Ramya cursed herself for being so careless and not keeping an eye on her beloved daughter. The security guard came around midnight with the shocking news that they found a pink bundle floating in the swimming pool. Ramya collapsed.

The disarming innocent smile on Anuba’s lips as she was brought lifeless haunts me even to this day. Ramya was so mentally distraught that they moved to Bangalore to be in the midst of her parents if that could give her any solace and assuage her agony and turmoil. I can well imagine her mental trauma and anguish.

Recollecting this incident every time sends a shiver down my spine and my eyes well up as the scene plays in front of my eyes yet again. Having been a witness to the mishap, it continues to produce periodical guilt pangs within me. Could the tragedy have been averted, had we been a little more careful and kept an eye on the child. Jolted out of my reverie by the ringing of the doorbell, I get up to answer the call. Anuba’s death had left an emotional scar and I know Navarathri will never be the same again.