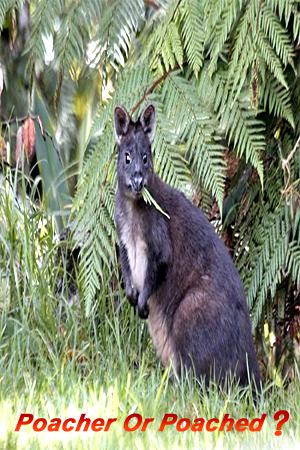 Juno’s legs ached, his brain throbbed inside his skull begging to be set free. It was not exactly supposed to have happened like this. Juno and Ira were part of Greenpeace as part of their 'Flora, Fauna and You' program. Their job description included participating in events and keeping an eye on for anything off. It also entitled them to free goodies such as the all-weather jackets they were wearing right now.

It all began a few days back when they had come to visit their grandparents on to the island of Nihoa off the shores of Papua New Guinea almost a 100 kilometers from Australia.

A day or two later after a great breakfast of enchiladas, they decided to explore the forest in the vicinity. All packed up and ready to go with their rucksacks on their shoulders. They were raring to spend a day in the wild in close proximity to nature. This was the first time, they would camp alone without any adult supervision. No nagging, no coaching, just them and mother nature.

So far so good.They had a great trip and they were going to return back after a morning trek. The birds cooing, insects scuttling and buzzing and the soft ba-boom, ba-boom of animal footsteps in the distance. Why did they have to venture on that track instead of another and find the three men? Who were hiding in the bushes near a highly visible trap, a few meters away from them.They couldn’t stay still so it wasn’t a wonder why they hadn’t caught anything yet. Probably wanting to poach an alpine wallaby as they were almost extinct and in the black market could easily fetch a small fortune, a few million dollars.

The poachers had been there now for more than an hour. Impatient, they made sure that the trap was primed and left. Juno being handy with tools, disabled the trap and rearranged the device in such a way that if the poachers came back to check on the trap, they would find their plan entangled, in more ways than one.

Ira at that time, set up the cameras as sentinels in the trees, cleverly arranging them to capture all angles of the scene.

The trap had been set and all that was possible now was to wait for the bait to be taken. They took their places up in the trees, hidden by the foliage, camouflaged in the jungle.

The poachers came soon after three of them(they could be clearly seen now) a snivel rat faced man, an overgrown ape and a slimy, long-nosed pirate. Juno and Ira were as astounded as a chicken being allowed to keep its egg on omelette day at Old Macdonald’s Farm.

As expected one of them, the ape, bent down to check the trap, but just as he was about to activate it the pirate screamed,”Castaways! Ahoy!” The chosen one jumped back from the trap as the pirate fired his shotgun up into the trees. Suddenly adept in the ways of the jungle, in an uncharacteristic moment Juno grabbed hold of a vine and slid to the ground, but not before imitating King-Kong.

His sister however wasn’t as dramatic as she enabled the SOS on her phone and threw a rock at the rat to take attention away from Juno. Juno ran off into the distance with Ira close behind as the poachers looked around for them.The trail had ended as they had followed the wrong one. They were stuck!

The pirate cried,”Charge” as all of them rushed in pursuit. Juno’s resetting of the trap seemed to have failed.

As the musketeers charged, an alpine wallaby strode over the motion sensor activating the trap, the net narrowly missed him and instead of him the three musketeers lay entangled, dazed and fuming.

A sound of a police siren was soon heard. Ira quickly and deftly picked up the wallaby and set him in the furthest tree she could reach before the police reached the crime scene.The siblings walked away, unnoticed as the musketeers met their fate.