Quotes New
Audio
Forum
Read
Contests
More
Write
Sign in
Wohoo!,
Dear user,
'Was It Your Tear That Died And Became A Seed?'
Like
Liked
Rate
Like
Liked 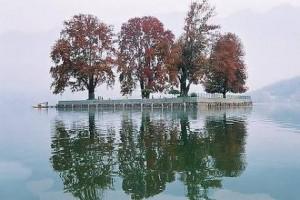 'Was it your tear that died and became a seed?'~The Book Thief

“This was where I and your Abbu met for the first time,” Ammi said. Sanam rolled her eyes. She knew where this was going. Ammi immediately launched into her favourite story whenever they visited the Chinars. Thinking about her missing father pained her. She missed his strong arms that effortlessly swung her to and fro. She felt the touch of his merry laughter and the way he would scrunch up his nose when she’d ask him to help with maths homework. She had resigned herself to the fact that he was never coming back. Still, every time her Ammi talked about him, old wounds sizzled and crackled, and tears threatened to escape her eyes. Bilal, on the other hand, hung onto every word about Abbu. His eyes widened and mouth opened into a gap-toothed grin.

They played tag amidst the Chinars, dusting off fallen red leaves and all signs of fatigue after their long day at school. Their harried mother warned them to stay away from the water. Their paths weaved between the trees, two happy threads tied together by blood and love. Sanam tripped, taking both of them down. Their hysterical giggles sent ripples into the tranquil waters of the lake.

Sanam hopped into her shoes and adjusted her woollen muffler. A million thoughts attacked her head. Why did he have to see the soldiers’ antics? Did he go looking for Abbu again? Was he safe? She rushed into the dingy street as the last embers of sunset ushered in the evening sky.

She ran like the cold blistering wind that rattled the windows of the valley at night. A few streetlights illuminated empty roads. She reached the Chauraha.

As soon as the army men rounded up the civilians for questioning, an angry crowd gathered. It shouted slogans and attempted to overpower the soldiers.

Her breathless gaze ran over the faces, mostly young, mostly male and all furious, finally settling on a particularly young one. 'Bilal!' she shouted with the army’s lathi charge preceded her voice.

She stood stunned as batons beat her brother's small frame. A nasty blow sent a crack into his skull and, her heart. She wailed as they threw tear gas shells to disperse the crowd. Her tears preceded their effect.

Her dead brother's face smiled benignly from beneath the dried crust of blood. Some neighbour coaxed her back into her house and arranged to have his body brought back home.

Sanam walked in the Char Chinar alone. She tried to trace threads of memory in the fallen leaves. The water lay in wait for laughter. The leaves lay waiting for hurried footsteps, pushing and jostling. The cold blistering wind of the valley dried her tears for her.

'Was It Your Tear That Died And Became A Seed?'