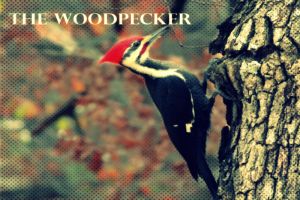 It was still dark outside and  the dawn was yet to break. She was sweating and her cotton nightwear was drenched . Why in the middle of the night did I woke up so alarmingly? Was it a dream? Or a  warning of something bad to happen in future?

A continuous sound of someone hitting a door or wood was audible. It was the woodpecker at his work. He loved to hit the nearby oak tree. He was always envy of the silver leaves which embraced every traveller.

Netra wasn’t alone that night to be afraid of the dark or of any noise coming from dark forests. She turned around and looked. Vihaan was sleeping peacefully.

It had been one year of her marriage and she was still getting accustomed to the rituals here. Inter caste marriage wasn’t so easy to be dealt with. She needed to learn everything about the minutest details of the rich traditions of Rajasthan.

The dream had shaken her up and she was terrified.

The endless cries of a newborn were piercing and slicing her heart. The helpless baby was oblivious of the world and it cried and cried.After a while, few people came and pierced one side of its bottom with a pointed scalpel and marked something. It was to identify that the baby was a girl and she no longer deserved to be alive ,after being discovered so .

The whole procession went along with loud noise and trumpets to the nearby field. What were they trying to do, rejoicing her birth or lamenting the female born? It was sadistic, inhumane and barbarous.They all stopped in the nearby fields, where an old well stood. Needless to think or understand, she was trembling in fear when the bundle of raw flesh and soul was dropped in it. Netra screamed again loudly with all might, but her voice couldn’t be heard. She choked and strangled while flipping her legs trying to let herself be free.

Villagers weren’t supposed to save this child who was already marked and thus buried alive. If anybody tried to rescue secretly, the mark on the bottom would reveal the truth later on ,hence causing more danger to the family. The heirs of this land had their hands filled with blood,  stained dried blood,which  could never be removed. No amount of soap, water or any chemical could clean the stain. They had stained their hearts and souls.

Netra was getting nervous and she was frozen with fear. On her first night, Vihaan had asked her ,what’s the scar on your back Netra? Did you got hurt badly while you were small? She remembered, he had said, “Good that ,Iam from a family which thinks in pace with the new age and abhors the false traditions. They are broad minded and not as the old ones, who marked and scalped babies on birth.” The words resounded in her mind.

The next morning without wasting anytime she called her mother to know about the scar.

“Maa, you never told me about the scar, its so deep. “Is there any story behind this?We are Bengalis , right? from the interiors of Siliguri.

Her mother was taken aback by such a straight interrogation and she murmured. Why, Do you doubt it?

Netra told about the whole incident,that had tremored her veins.

Her mother had tears rolling continuously down her cheeks.

She recalled “I was present as a witness to that heinous incident and saw everything from behind a tree. Before it was late, I had pulled you out to take you away miles and miles from the dryness of the desert to the hills of Siliguri.”

Finally the “thud thud” of  woodpecker had stopped. He  had  done a bigger hole and was proud of  dwelling  within it.

" alone in the trap of world, I live

I tapped thousand times to carve

in this warmth of truth,

I live and die"